And doesn’t miss the opportunity to take a swipe at Tesla.

Last month we brought you a video of Lucid Motors’ CEO Peter Rawlinson driving a release candidate Lucid Air up Skyline Boulevard in Northern California. Evidently, Rawlinson had more he wanted us to know about his latest creation, so he brought on to New York City for a leisurely drive around Manhatten, finishing up at the Lucid Studio in the trendy Meatpacking District.

Everything that I need, all of the driver instrumentation; all the driver information is really on line-of-sight with the road. I don’t have to take my eye’s off my central vision – Peter Rawlinson, CEO, Lucid Motors

The CEO makes it clear that he likes the Air’s driver’s display, which is in his line of sight while driving. He also points out that you can access the center display while comfortably resting your elbow on the center armrest. We see both of these remarks not-so-veiled swipes at Lucid competitor, Tesla. 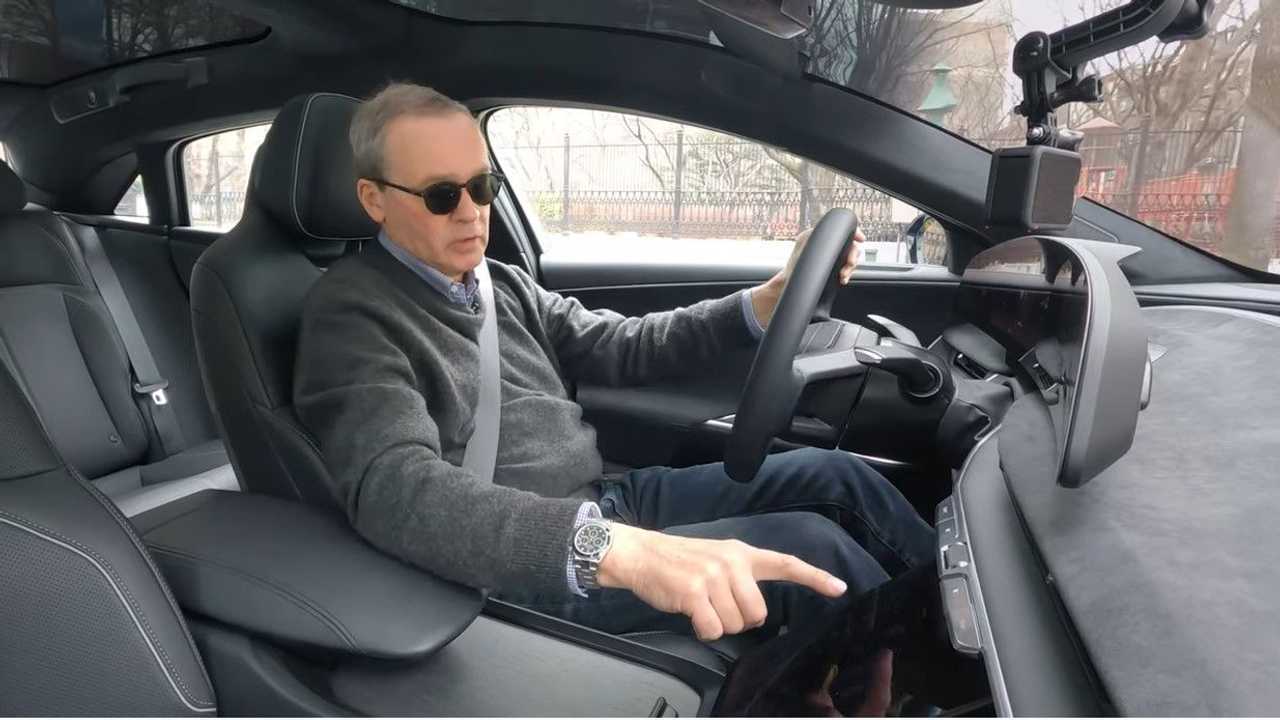 Rawlinson says that they modified the side mirrors from the beta versions to enhance visibility and he’s pleased with the results. He said the reason they did so was because they noticed a blind spot between the mirror and the A-pillar and it needed to be eliminated.

Some of these little switches we need to play with, we need to adjust the detent spring stiffness just to give them that Swiss-watch quality – Lucid CEO, Peter Rawlinson

However, as with the first video Lucid released of him driving the Air, Rawlinson had some complaints. One thing he wasn’t too pleased with was the feel of some of the switches on the dash and he admits that they need to be improved.

We like the fact that Lucid is showing us some of the little things they believe aren’t up to the high standards they have set. In doing so, they are demonstrating some of the reasons why they needed to push back the launch date until the second half of the year.

So check out the video and let us know your thoughts in the comment section below.