Lucid Group and its partners from Saudi Arabia have signed several agreements for the construction of the EV maker’s production factory in the Middle Eastern country.

The agreements signed with the Ministry of Investment of Saudi Arabia (MISA), the Saudi Industrial Development Fund (SIDF), Emaar The Economic City at King Abdullah Economic City (KAEC) and Gulf International Bank (GIB) are estimated to provide financing and incentives to Lucid up to $3.4 billion over the next 15 years. The funds will allow the EV startup to build and operate its manufacturing facility in Saudi Arabia.

Expected to be completed in 2025, the new Saudi factory will create approximately 4,500 jobs and build 155,000 electric vehicles a year, increasing Lucid’s global production capacity to 500,000 EVs annually by mid-decade.

The facility will be located in King Abdullah Economic City, which has a major, brand-new trading port at the Red Sea. Construction is slated to begin in the second half of this year.

During the signing ceremony in King Abdullah Economic City, the Government of Saudi Arabia, which owns a majority stake in Lucid Group through its Public Investment Fund (PIF), reaffirmed its commitment to buy 100,000 electric vehicles from Lucid over the next 10 years.

“This signing ceremony marks yet another step forward in the realization of Lucid’s mission to inspire the adoption of sustainable energy, and I’m delighted this brand-new manufacturing facility will come to fruition here in Saudi Arabia. I am truly delighted to partner with PIF, our signing partners, and the Government of Saudi Arabia in advancing our shared vision of global sustainability.”

At the event, the executive said Lucid reviewed multiple opportunities before selecting KAEC in Saudi Arabia as the location for the second of electric vehicle manufacturing facility. Lucid’s AMP-2 (Advanced Manufacturing Plant #2) will initially re-assemble Lucid Air vehicle kits that are pre-manufactured at the company’s US AMP-1 facility in Casa Grande, Arizona. Over time, the Saudi Arabia factory will produce complete vehicles.

Vehicles built at AMP-2 will be initially destined for Saudi Arabia, but Lucid plans to export finished vehicles to other global markets. Until that happens, Middle East regional deliveries of the Lucid Air are expected to begin later this year, supported from the Casa Grande factory. Lucid Group’s Middle East regional headquarters in Riyadh has been operational since last year. 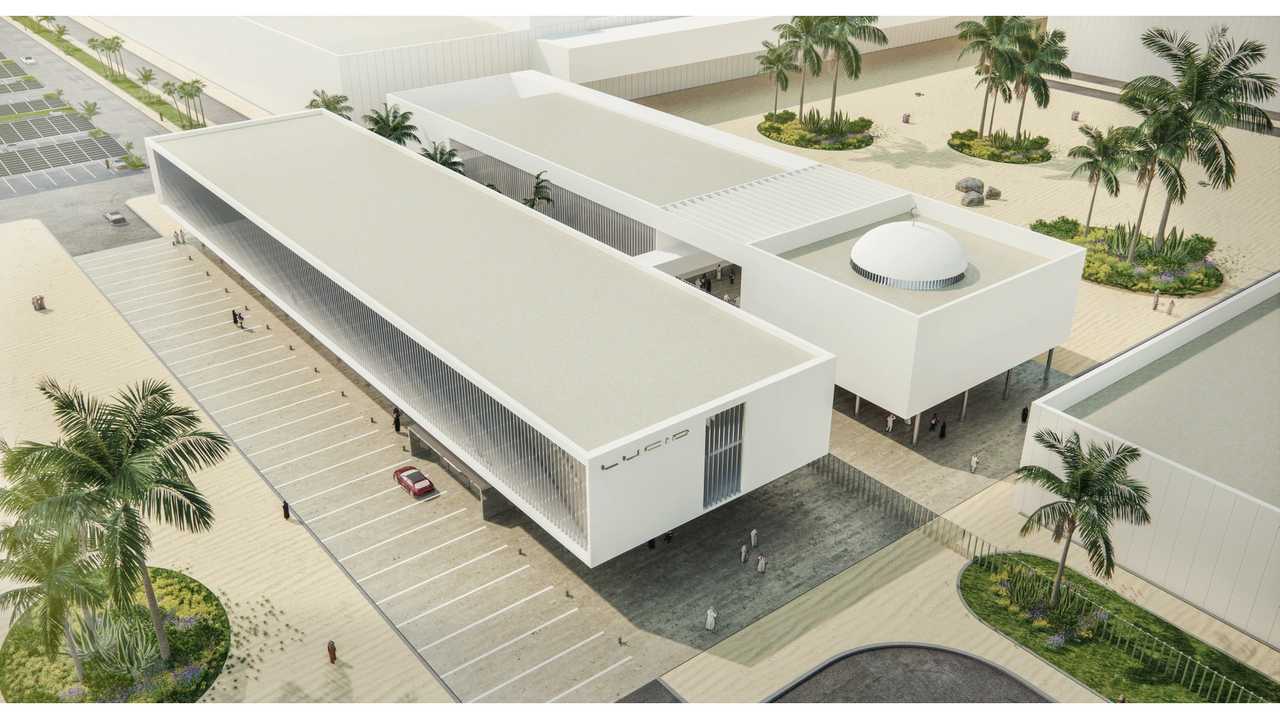