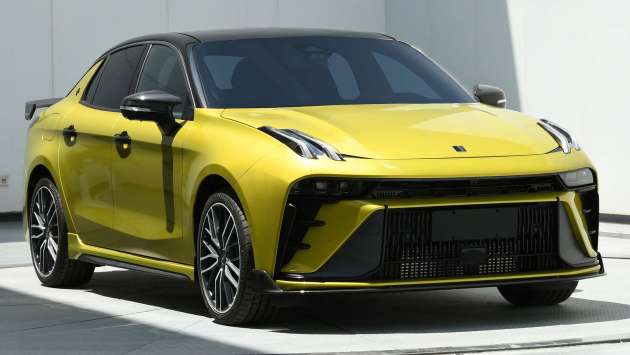 As Lynk & Co’s sole sedan offering, the 03 is one of the oldest models in the company’s lineup, having existed pretty much unchanged since 2018. It is, then, due for a facelift, and the nip and tuck the car is set to receive is going to be extensive, judging by information posted on China’s Ministry of Industry and Information Technology (MIIT) website.

The changes include a more expressive version of the brand’s trademark split-headlight look, featuring three-dimensional dual-bar LED daytime running lights up top and slimmer main projector lamps down below. The latter are housed within a gaping front bumper with a body-coloured frame separating the lower grille from the upper and corner air intakes.

Just as comprehensive are the revisions to the rear end, dominated by the new full-width taillights. Instead of the triangular lamps at the corners, you now get vertical bars that extend all the way from the corners to the Lynk & Co badge. The number plate recess has been moved to the bumper, set in the massive diffuser-like black insert with plenty of fake vents. 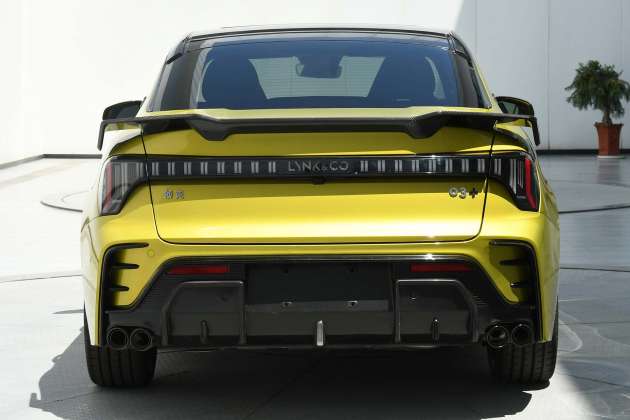 It’s an aggressive look to say the least, made even more so on the sportier 03+ variant, which gets a black front splitter, a large rear spoiler and an even bigger diffuser with quad tailpipes. There are plenty of options for buyers to spruce up their cars still further, including graphics inspired by the company’s Cyan Racing WTCR team and a ginormous rear wing.

A total of four variants have been submitted to MIIT, including three petrol models all powered by the Volvo-sourced 2.0 litre turbocharged four-cylinder engine. The mill is available with power outputs of 218 PS and 252 PS, with the 03+ pushing out 265 PS.

The new 03 plug-in hybrid is also expected to be the first Lynk & Co model to be powered by Geely’s Hi-X dedicated hybrid powertrain, developed by the group’s new Leishen Power division. A 1.5 litre supercharged three-cylinder engine produces 150 PS and should be mated to a 100 kW (140 PS) electric motor and a three-speed gearbox, as is the case with the Emgrand L Hi-X PHEV. In that car, the pure electric range is quoted at 100 km on the NEDC cycle.

Will the facelifted Lynk & Co 03 make its way to the Malaysian market? It seems likely, given that Geely has already confirmed the brand will be offered here at some point in the future. The PHEV model should also receive significant tax reductions if the brand’s cars are assembled at Proton’s Tanjung Malim plant as previously planned, which could see the car being offered at a potentially attractive price point.