Mercedes-Benz is slowly building its parallel electric-only range of EQ models that includes sedans and SUV. The manufacturer has already shown the EQS in sedan and SUV form, but the smaller EQE has only been officially revealed with a three-box body – the high-rider is still testing under camouflage, although it should be unveiled by the end of the year.

Our spies recently sent us a set of photos showing what is very likely the Mercedes-AMG EQE 53 model, the performance variant. If it features the same powertrain as the AMG 53 EQE sedan, then it will get a dual-motor setup with 687 horsepower and 1,000 Nm (737 pound-feet) of torque; more powerful models may be launched in the future.

What these spy shots tell us is the AMG version of the EQE SUV will sit lower to the ground, it will have larger and sportier looking wheels and its front and rear bumpers will be slightly more aggressive too. For us frankly it’s the wider side sills that really make this stand out compared to other EQE SUV prototypes that we have seen. 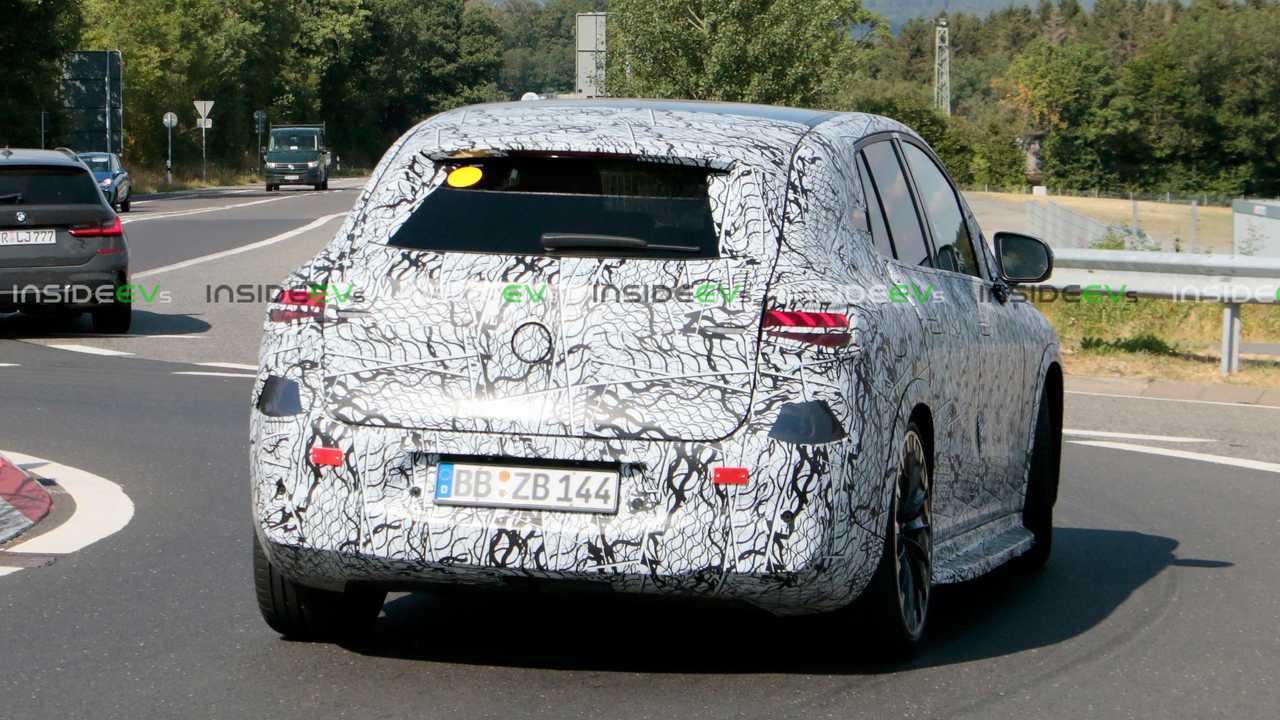 You can just about see the bigger AMG brakes through the wheels too, and they are needed given that this vehicle will exceed the 2.5-ton mark, so it will happily take all the stopping power it can get. It’s still not going to be very good at stopping, because it cannot escape physics, but Mercedes will try to keep everything in check by fitting it with the biggest rotors it can accommodate.

And since this is the AMG performance variant of the model, even though it is an SUV, the prototype was spotted around the Nurburgring circuit, hinting that it was either going to do a lap or it had just finished one and was returning to base. None of the current EQ-badged models are especially sporty to drive, though, and this taller and heavier SUV will only make things worse, but it will probably end up being more popular than the sedan because that’s how the market works right now.