MOT tests have been made mandatory for drivers due an exam from 1 August although further extensions have been offered to those due tests in July. This will mean those due an MOT test at the end of July will now be allowed to stay on the roads legally without checks until the end of January next year.

However the extensions have been attacked by garage specialists BookMyGarage who warned up to one on 10 cars could have dangerous defects.

They warned that although the policy was sensible during lockdown, the government was taking a “serious” risk in extending the policy further.

Karen Rotberg, managing director of BookMyGarage said: “It was a sensible policy during lockdown, when vehicle use was limited.

“But the whole point of the MOT is to make sure dangerous vehicles are not on our roads for the sake of the driver, passengers and other road users. 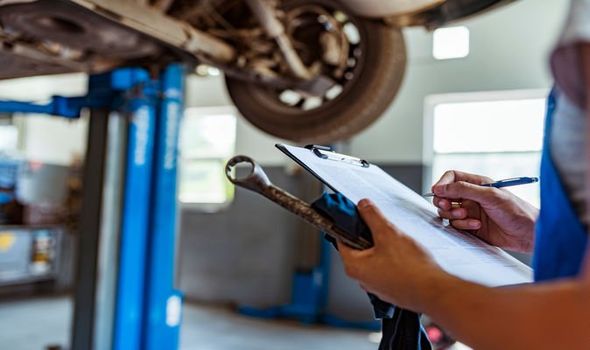 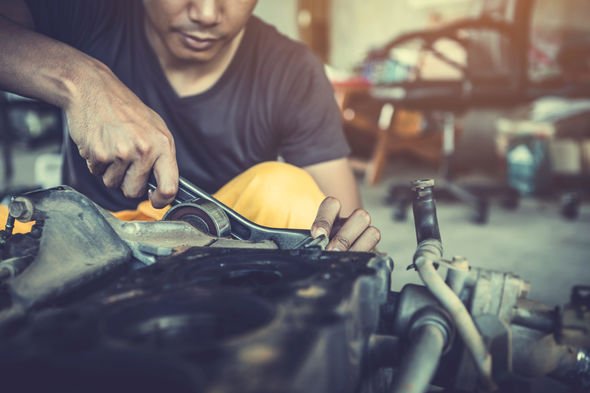 “The Government is taking a serious safety risk now though and we urge motorists to take a common-sense view.”

BookMyGarage has warned some vehicles could have tyres and brakes with major faults which may become a safety risk for drovers.

Data from the Department for Transport shows defective tyres were a contributing factor in 17 fatal crashes in 2018.

Tyre issues also contributed to a total of 459 accidents in the same year while faulty brake issues were blamed for 500.

Faulty brakes were also found to contribute to 15 fatalities in 2018 meaning failing to keep a car updates could have consequences.

Other common defects found in MOT tests included suspension issues and problems with the car’s bodywork or chassis.

Lamp problems and electrical equipment issues are also popular and could lead to car’s failing the test.

The extensions have been put into place by the Department for Transport to prevent pandemonium in garages as lockdowns are lifted.

The delays will mean garages can address the backlog sensibly rather than dealing with a mass of motorists arriving for tests.

Owners of heavy goods vehicles due a test before 4 July were also offered further extensions but only for three months.

The DfT has urged drivers who notice anything wrong with their cars to make sure it is checked out at a garage as they usually would despite the extension being applied.

Motorists can voluntarily get their MOT test sooner if there are spaces available due to the risk of being prosecuted if your car is deemed dangerous. 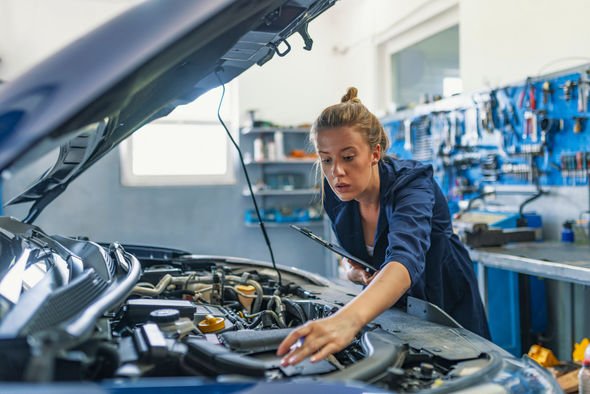 Police officers can fine drivers up to £2,500 for using a vehicle in a dangerous condition while motorists could face a temporary six month ban.

However, fines can rise up to £10,000 in severe cases with police able to issue penalties of £2,500 per tyre if they do not meet the minimum safety standard.

Roads Minister Baroness Vere said it was “vital” drivers were able to keep their cars safe while urging motorists to book a test when they could.

She said: “As people return to our roads, it is vital that motorists are able to keep their vehicles safe.

Related posts:
Car Reviews
Brabus B45 debuts – tuned Mercedes-AMG A45S with 450 PS and 550 Nm; 0-100 km/h in just 3.7 seconds – paultan.org
Hyundai releases Ioniq 5 EV 'action movie trailer' style teaser – new electric car to debut in mid-February – paultan.org
Bentley Flying Spur V8 Review: A Replacement For Displacement?
Mega BMW M5 CS unleashed with 626bhp
Recent Posts
This website uses cookies to improve your user experience and to provide you with advertisements that are relevant to your interests. By continuing to browse the site you are agreeing to our use of cookies.Ok