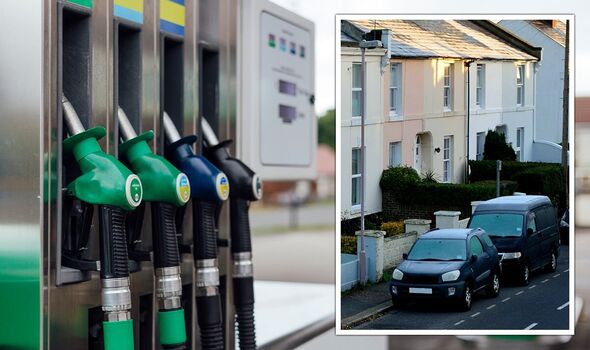 Motorists across the UK have been struggling with petrol and diesel costs for a while. The latest RAC Fuel Watch indicates that drivers will have to pay around 148p per litre of unleaded and around 170p per litre of diesel on average.

And, as the cost of living crisis doesn’t show any signs of slowing down, drivers will be looking to save money anywhere they can.

With that in mind, Express.co.uk spoke to an expert who advised motorists on how they can save petrol and diesel during colder months.

Tom Hixon, head of instructor support at Bill Plant Driving School, said: “With the cost of living crisis continuing across the country, finding ways to save fuel and reduce these costs can be extremely beneficial, especially during these cold months.

“Firstly, if you have the option, park your car in a warmer place, such as a garage, during the colder months.

“This will increase the temperature of your engine and reduce the need to spend time warming it up before driving which can consume fuel unnecessarily.

“With this in mind, you should also spend less time warming your car whilst idling – the engine will warm up faster whilst driving, reducing emissions and maximising fuel economy during these colder days.”

Mr Hixon added: “It is also good to check your tyre pressure regularly as this can impact your fuel economy if they are under, or over, filled.

“You should also try to remove any unnecessary weight from your vehicle, for example, roof racks that aren’t in use or items from your boot which aren’t essentials; this will help improve your fuel economy.”

Drivers are also being warned by experts that there are many common fuel-saving misconceptions in winter.

One of the biggest ones is that turning on the heating while driving will lead to worse petrol or diesel consumption.

“Motorists may notice that when they first turn on their heating it blasts out cold air, this is because the heat comes from the engine itself so as the engine heats up, so does the air from the heaters.

“This means that the only fuel you use to heat the car is the fuel you are already using to drive.”

Ms Potter also stressed that leaving the car to warm up before setting off is no longer necessary.

She said: “Leaving your car to warm up before driving used to be a necessary step during the colder months as the engine wouldn’t drive well without it.

“Luckily, a lot of modern motors have a fuel-injected engine which means most are safe to drive straight away.”

Ms Potter continued: “In fact, it has been said that leaving your engine idle for too long on a cold day can cause engine oil dilution which can lead to damage.

“It is safer, as long as the windscreen, back window and mirrors have been de-iced, and more fuel efficient to drive almost immediately after switching the engine on a cold day.

“Also, it is useful to bear in mind that it is actually illegal to leave an idling vehicle unattended, as per rule 123 of the Highway Code, which could leave you with a fine- not something you want in the run up to Christmas.

“And if that isn’t bad enough, insurance companies may also refuse to pay out if the car is stolen when left running and unattended.”