BMW revealed the iX3 all-electric crossover last July, but the company is already giving it a makeover. Why? BMW introduced the iX3 late into the regular X3’s lifecycle. The third-generation X3, introduced in 2017, will soon undergo its mid-cycle refresh, which we’ve spotted out testing, and it’s likely BMW wants the two to match stylistically. New spy shots show the iX3 with some M Performance features, which could indicate a dual-motor setup.

The iX3 arrived with a single-motor, rear-wheel-drive setup, but that’s lacking compared to its all-wheel-drive competitors. BMW is expected to offer an xDrive version of the iX3 with the refresh, and these new spy shots could be our first look at it. The company could use the same dual-motor powertrain offered in the BMW i4 M performance, too. The iX3 in the new shots sports a different lower grille, different trim in the fender vents, and a different rear spoiler. 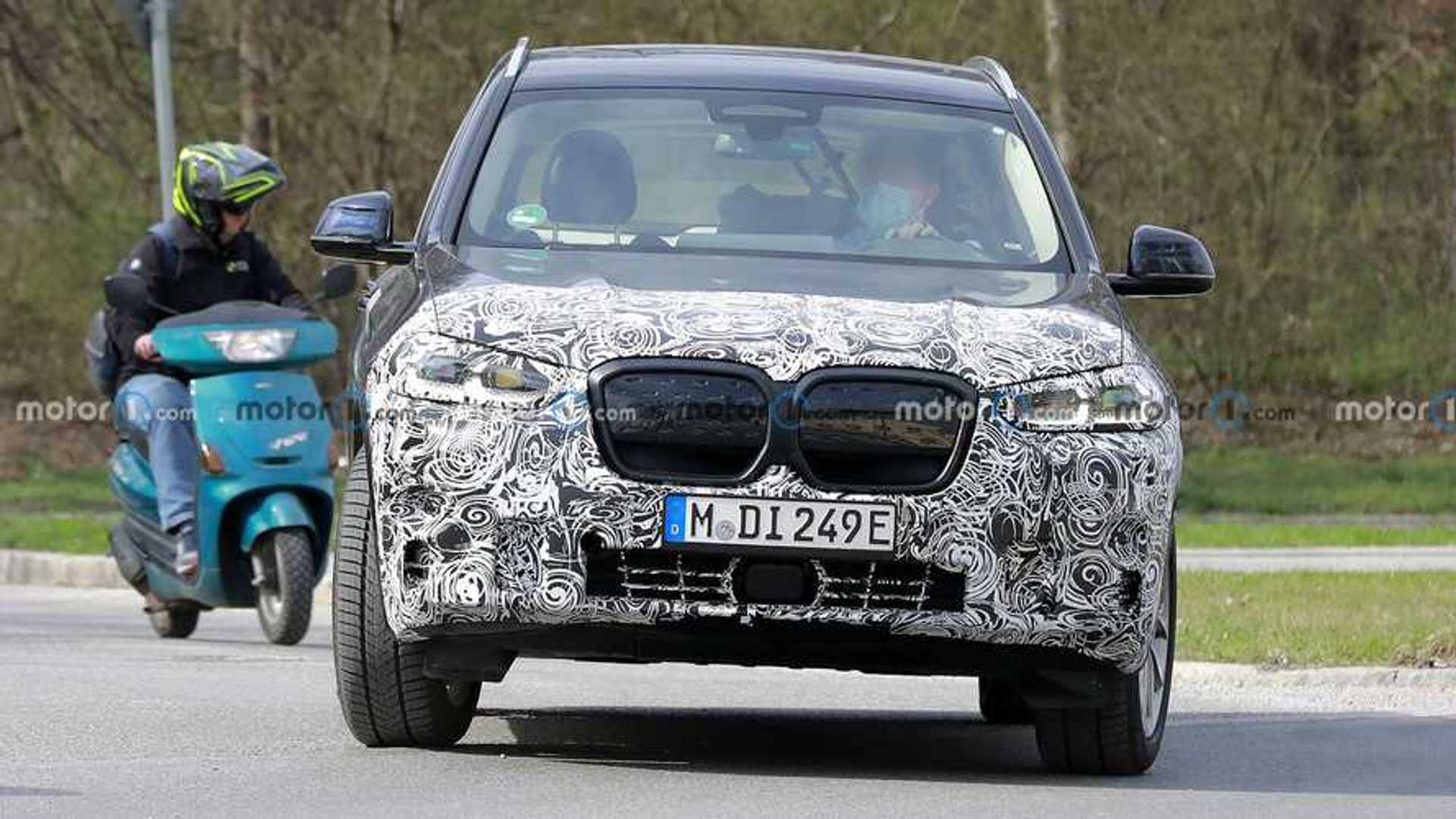 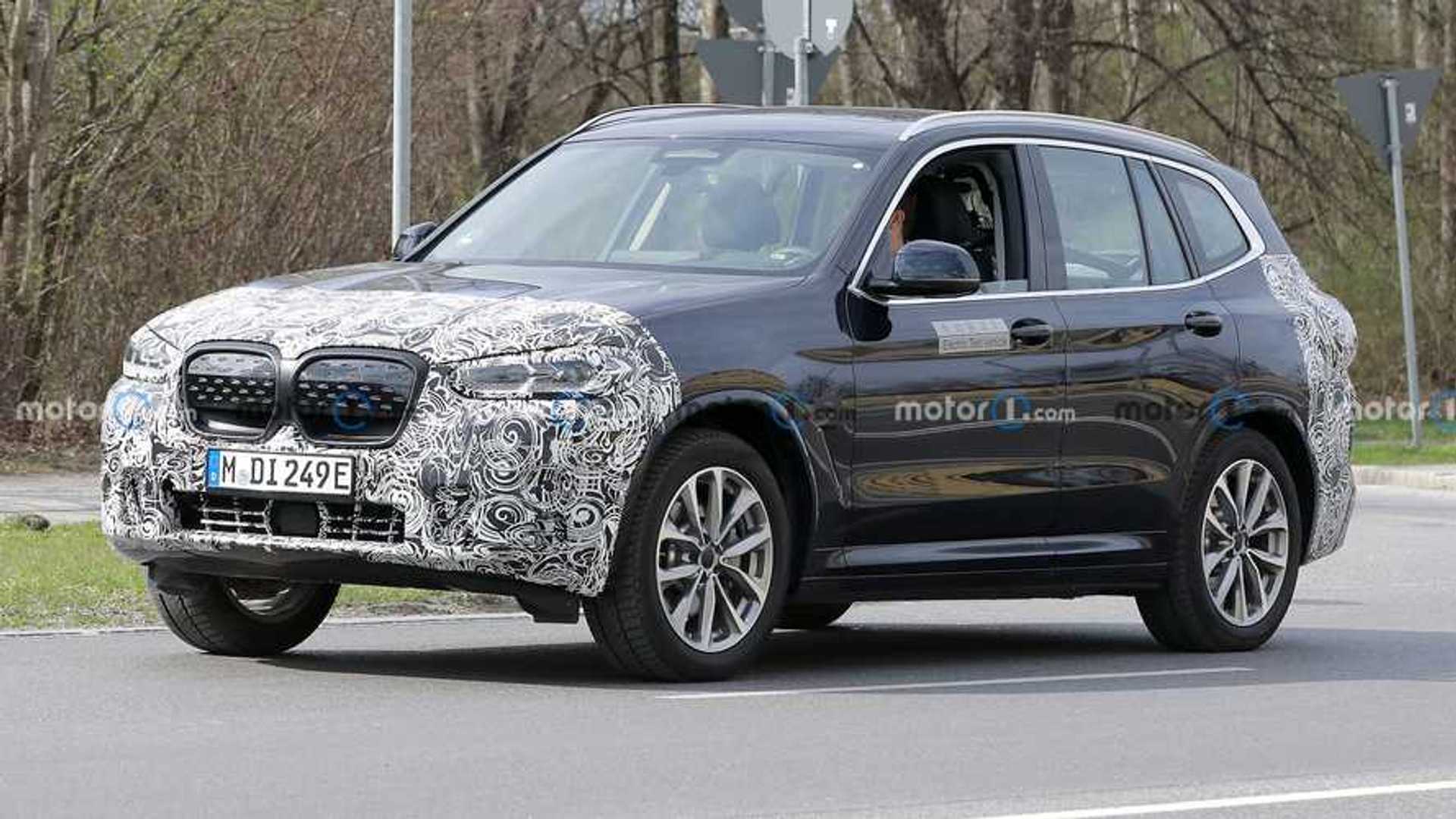 The single-motor powertrain setup could carry over mostly unchanged. The at means the redesigned iX3 will pack a 74-kilowatt-hour battery with 286 miles (460 kilometers) of range on the WLTP test cycle.  The drivetrain delivers 282 horsepower (210 kilowatts) and 295 pound-feet (400 Newton-meters) of torque, which can send the crossover to 60 miles per hour (96 kilometers per hour) in 6.8 seconds. The current iX3’s top speed is limited to 112 mph (180 kph). BMW may make some tweaks that give it a bit more range and a bit more power, but they likely won’t be substantial changes.

The iX3 will likely receive modest updates to its interior stying as well, much like what’s expected in the X3. We should get our first look at the new crossover and the sportier X3 M later this year. The iX3 will likely follow shortly thereafter. Automakers across the spectrum are pushing electric vehicles, which means companies will have more competition.