GMG’s battery also charges up to 70 times faster and loses no performance over 2,000 cycles.

While the automotive industry puts a lot of faith in solid-state batteries, some outlier technologies may take the world by surprise. One example is the carbon electrode cell developed by PJPEye. Another one comes from Australia and uses aluminum instead of lithium. GMG (Graphene Manufacturing Group) announced its graphene aluminum-ion cell was cycled 2,000 times with no performance losses – and there’s more.

Another significant advantage this cell presents is that they have a high power density of 7,000 W/kg. Lithium-ion batteries deliver a maximum of 340 W/kg. When it comes to energy density, the graphene aluminum-ion prototype cells tested so far are not that impressive. They have presented an energy density between 150 Wh/kg and 160 Wh/ kg. Tesla’s 2170 batteries would offer 260 Wh/kg. 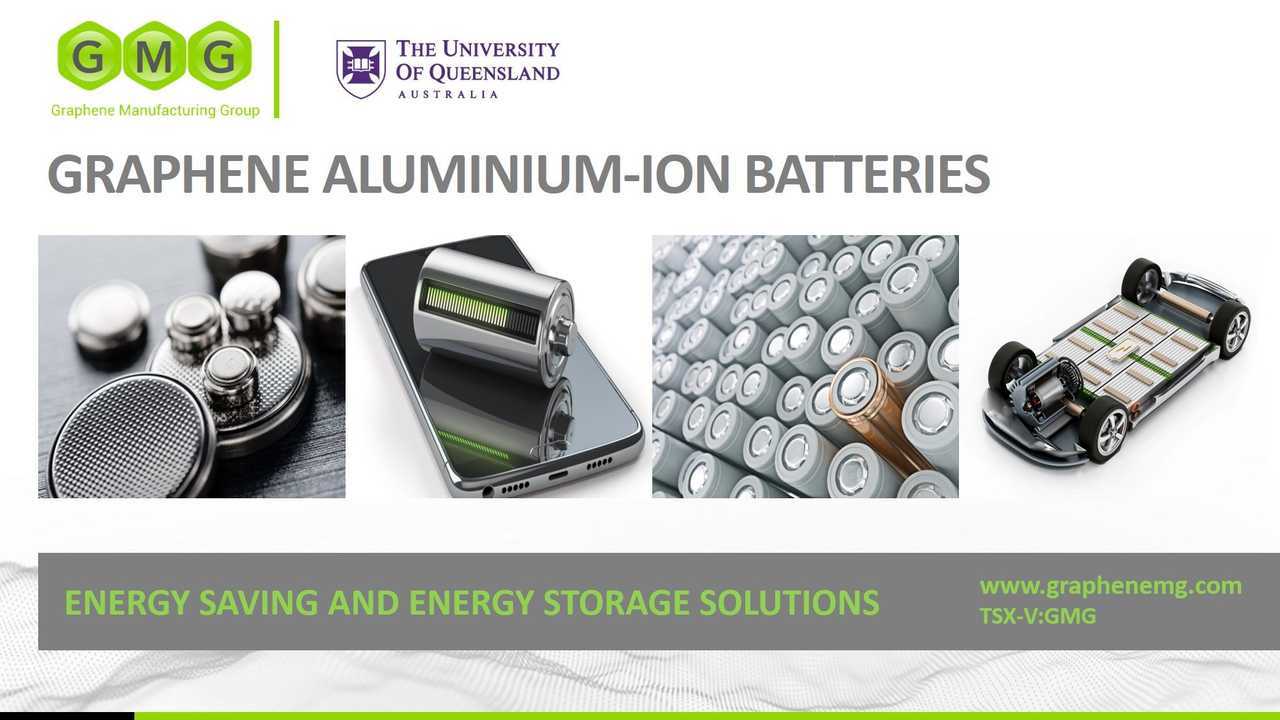 That is not something that concerns Craig Nicol, GMG’s CEO, and managing director. He claims it has the potential to present three times the energy density of lithium-ion cells. In fact, the ORNL (Oak Ridge National Laboratory) has once presented an aluminum-ion cell with 1,060 Wh/kg. Lithium-ion’s limit would be 406 Wh/kg.

“Aluminium-ion batteries have a theoretical capacity of 1,060 Wh/kg – so lots of headroom available. We have many levers to increase the energy density – mainly by optimizing (reducing) the mass of electrolyte we use and, of course, by optimizing the graphene quality/surface perforation.”

Nicol is talking about the major nanotechnology breakthrough GMG’s graphene cell presents. Developed by the UQ (University of Queensland), the patent-pending surface perforation of graphene platelets allows aluminum atoms to sit tighter on them. Nicols says in the video above that is what allows GMG’s cells to be so much lighter.

Another massive advantage these cells present is how fast they can charge. Nicols said they are up to 70 times faster and present no temperature issues, which means you theoretically could skip cooling systems for them – weight-saving, anyone? If they were necessary, aluminum-ion cells have a low risk of catching fire, which is the same advantage solid-state batteries offer by eliminating the liquid electrolyte.

Another fantastic advantage of aluminum-ion cells is that aluminum is an abundant and highly recyclable metal. GMG and UQ managed to eliminate copper, cobalt, and lithium from their battery – so much so that Nicol calls it a graphene cell.

If everything goes as planned, GMG should have coin cell commercial prototypes by the end of 2021 and pouch battery prototypes by the end of 2022. After customer testing, GMG plans to manufacture both types of cells in Australia for all the world. Without the need for special raw materials, GMG could produce them anywhere – which it probably will if automakers want their suppliers to be closer to their manufacturing sites.