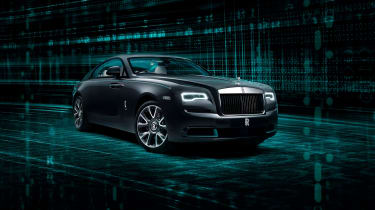 Rolls-Royce has launched an unusual special edition version of the Wraith, which features a cryptic message encoded into the car’s bodywork and interior.

It’s called the Kryptos – and, from what we can glean from the British company’s meandering press material, the buyer who solves the cryptographic conundrum will be granted some form of reward.

Every aspect of the Wraith Kryptos edition’s exterior has been decorated in the code, with revisions including a uniquely engraved version of the Spirit of Ecstasy bonnet mascot, a tweaked front bumper and a unique paint scheme with an enigmatic metallic finish and a coded coachline.

The interior is much the same story. The car’s treadplates feature a unique coded design, as does the upholstery, fascia finish and door pockets. The headlining is also decorated in a special two-tone data-stream-style pattern, while the embroidery on both the headrests and transmission tunnel supposedly bear aspects of the coded message. 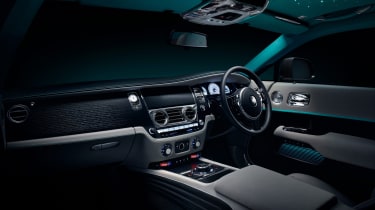 Production will be limited to just 50 examples and Rolls-Royce says that, currently, only two people in the world know the answer to the car’s code – Rolls Royce Bespoke designer Katrin Lehmann and company’s CEO Torsten Müller-Ötvös.

Apparently, the answer has been placed in a sealed envelope and locked in the CEO’s office at the brand’s headquarters in Goodwood, West Sussex. Buyers can submit their attempts to crack the code to Rolls-Royce via a dedicated smartphone app.

What do you make of the coded Rolls Royce Kryptos? Let us know in the comments section below…