The all-electric Vauxhall Corsa-e boasts up to 134bhp and a 209-mile range, but rivals offer better value for money 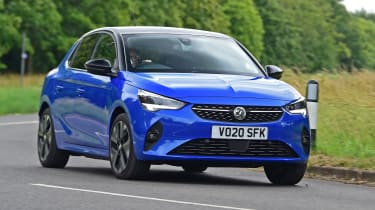