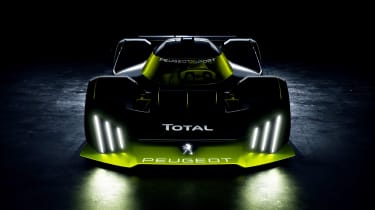 Peugeot Sport has revealed its entry for the new Le Mans Hypercar class. It’ll contest the 2022 World Endurance Championship, with rivals so far confirmed from Toyota and Scuderia Cameron Glickenhaus.

Revealed in a series of sketches, the new model from the three-time 24 Hours of Le Mans-winning outfit features a wild aerodynamic package, yet keeps Peugeot road car cues like the claw-like three slash lighting units front and rear.

Peugeot has finalised the car’s powertrain configuration and layout, but has yet to release specific details. It has, however, confirmed that, conforming to regulations, that it will feature a hybrid powertrain: a combustion engine driving the rear wheels will be backed up by a 268bhp electric motor at the front. The result is a total output of roughly 680bhp sent to all four wheels. 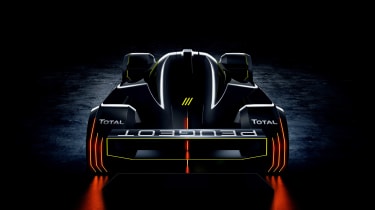 The new hypercar regulations mean the cars will grow relative to the LMP1 rules currently in place in the top tier of WEC categories. The five-metre overall length is 35cm longer than LMP1 regulations allow, while the width is up 10cm to two metres.

Speaking of the announcement, Peugeot CEO Jean Philippe Imparato said: “Le Mans is the holy grail of the automobile world. We are coming back to endurance racing because we have the opportunity to work the sport in a different way, with the hybridization of gas and electricity.”

French energy provider Total is collaborating with Peugeot on the project, following Swiss WEC team Rebellion’s decision to back out earlier this year.