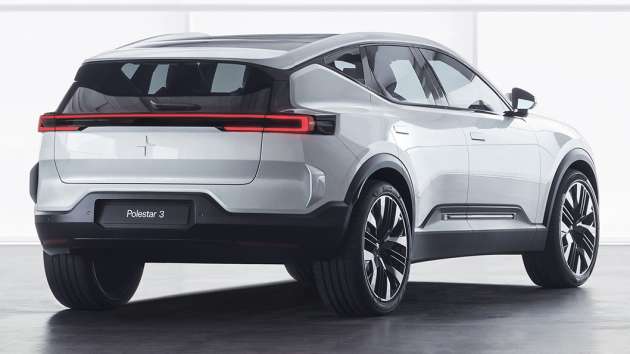 Having been revealed in a single image last week, the Polestar 3 has been shown again, this time giving us a look at the rear end. The SUV was bared alongside the 5 fastback sedan – already previewed by the Precept concept – while its other sibling, the 4 coupé-style SUV, hides under the covers.

All three will sport the company’s nascent design language that was shown on the Precept, featuring crisp lines, smooth surfacing and minimal detailing, which include the Thor’s Hammer headlights and grille-replacing SmartZone panel. As you can see here, they also get slim, angular taillight strips that run the entire width of the rear end, just like on the 2 sedan.

On the 3, these form a narrow C shape and are visually integrated into the rear windscreen. A small slit in the D-pillar links the latter to the upswept window line, while also giving the car a trendy “floating roof” look. Also visible is the recessed lower section of the rear end, bookended by upright panels on either side, presumably for aerodynamic reasons. The rear number plate recess is housed within the black plastic cladding. 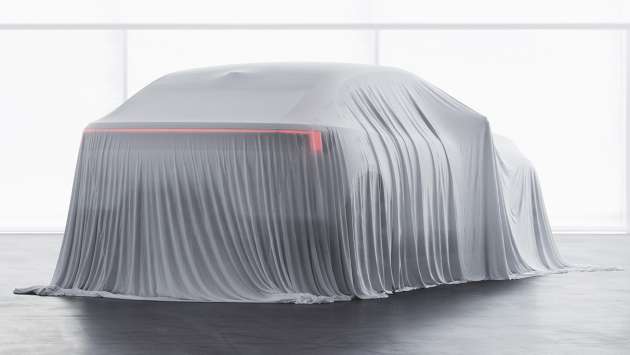 The 4, meanwhile, is still draped in cloth, although one can still spot the taillight graphic that forms an inverted U shape. The sweeping rear roofline is also visible, making the car look sleeker and more compact than the 3, even though the two should be similar in size.

As for the 5, it’s the least surprising of the three, simply because it looks so similar to the gorgeous Precept. There are a few changes for production, however, including the trick low-profile wing mirrors from the 2, conventional instead of suicide doors and the lack of a centre line on the rear deck.

Beyond that, the 5 is nigh-on indistinguishable from the show car, down to the intricate wheels. Again, there’s no rear windscreen, allowing for both a larger glass roof and a bigger boot opening; you’ll almost certainly have to rely on a digital rear-view mirror for visibility. 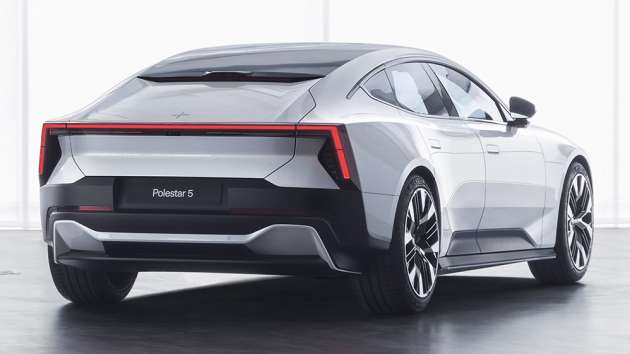 While details remain scarce, the three cars should share the same mechanicals, with Polestar recently revealing that the 3, which will be unveiled in October, will be offered with dual-motor all-wheel drive and a “large battery”. The latter will provide a targeted range of 600 km on the WLTP cycle – the lighter, more aerodynamic 5 should travel further on a single charge.

Also likely to be shared across the range is the 3’s lidar sensor, developed by Luminar and readying the car for autonomous driving which will be added over time. The same sensor will be fitted to the Volvo XC90’s successor, tipped to be called the Embla – not surprising, considering the two cars will be underpinned by the same platform, with the Polestar being the sportier of the two.

The reveal of this new line of products coincides with the global expansion of Volvo’s electric car spinoff. The company announced it has entered 25 markets worldwide, including six in the first half of 2022 – the UAE, Kuwait, Hong Kong, Ireland, Spain and Portugal. It will also debut in Israel and Italy in the second half of the year on its way to hitting “at least” 30 countries by the end of 2023. Will Malaysia be one of them? Volvo Car Malaysia’s ability to assemble EVs (and export them) certainly wouldn’t hurt its cause.