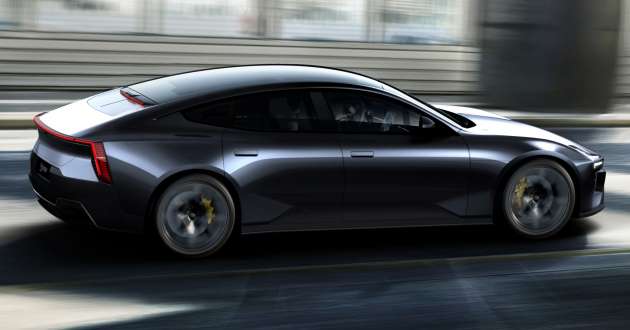 Over the past few months, Polestar has released videos that provide insights into the development process of the Precept from a concept to a production model. As reported previously, we already know that the Precept will eventually become the Polestar 5, which is one of three new models on the way, with others being the Polestar 3 and 4.

In the third episode of the “Polestar Precept: From Concept to Car” series posted recently, Nahum Escobedo, Polestar’s exterior design manager, discusses the inspiration behind the concept and we are even given a preview of what the final product will look like.

Based on the video, the Polestar 5 will not differ significantly from the car that previews it, so the shapely fastback design with strong haunches is still there, and so are the iconic Thor’s Hammer LED light signatures split into upper and lower sections.

However, there are some notable changes, starting with the doors that open in a more conventional manner compared to the Precept that sports rear suicide doors – this also brings back B-pillars. Elsewhere, the concept’s side-view cameras have also been replaced with normal mirrors, while the prominent LiDAR sensor pod and bonnet vent have been omitted. On the concept, the latter acts as an integrated front wing to accelerate airflow over the bonnet.

At the rear, the Polestar 5 retains the concept’s full-width, U-shaped, inverted taillights with aerodynamic vents, although the shut line for the boot has been tweaked to meet with the black portion in the lower apron that keeps its diffuser-like element.

We don’t get a look at the car’s interior, but the concept featured a 12.5-inch instrument cluster display as well as a massive 15-inch portrait-format touchscreen fitted onto a minimalist dashboard. The Precept’s cabin also comes with four individual seats, although like the exterior, expect some changes on the production Polestar 5.

Polestar did not divulge technical details about its concept before and it still isn’t doing so now. We’ll have to wait for quite a while longer before we can find out more about the Polestar 5, as it will only arrive in 2024 after the Polestar 3 and 4 SUVs debut in 2022 and 2023, respectively.