Whether it’s a base Carrera or a GT2, the 911 is by definition an exciting sports car, but leave it to Porsche and its customers to always find new ways to spruce up the iconic rear-engined machine. Case in point, this new GT3 wears a special livery harkening all the way back to 1985 when a private 956 triumphed at the grueling Le Mans 24-hour endurance race.

We’ve seen retro-flavored 911s before with visual nods to Porsche race cars, but this one was actually commissioned by Paolo Barilla, the very same Italian race car driver behind the wheel of the 956 some 36 years ago. Together with German drivers Klaus Ludwig and Louis Krages, they completed 374 laps of the Circuit de la Sarthe, leaving all the other Porsches and Lancias behind. 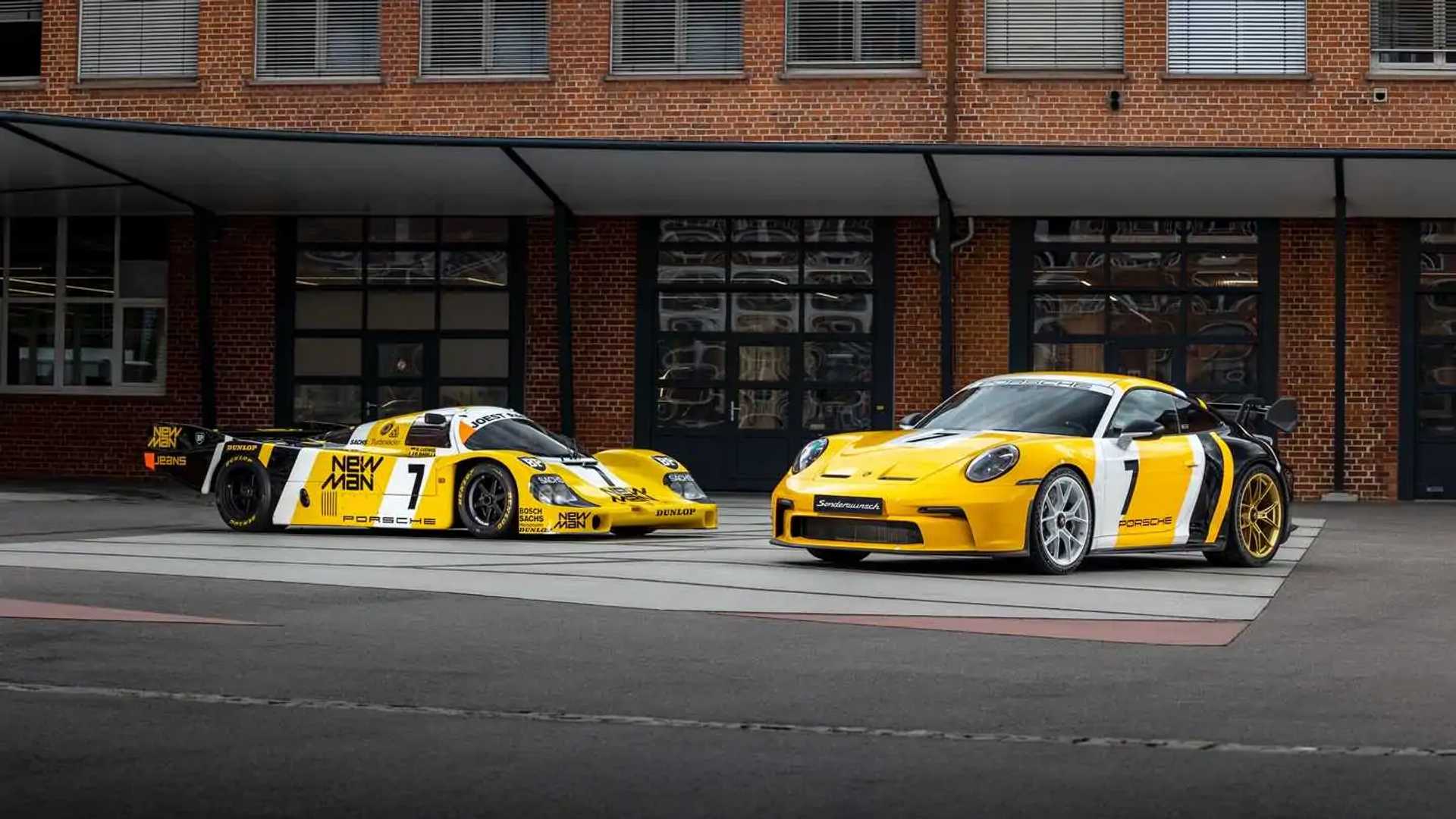 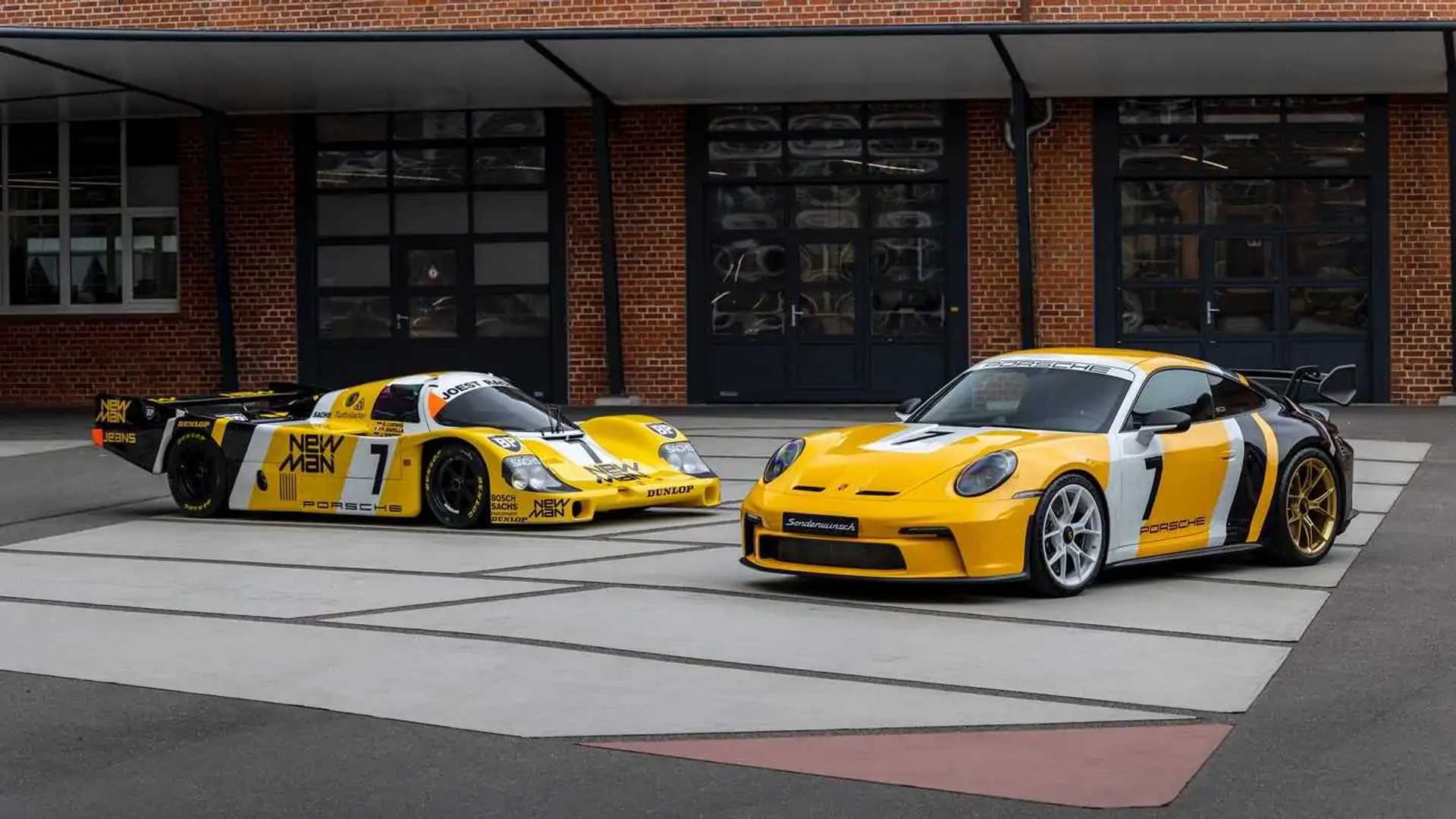 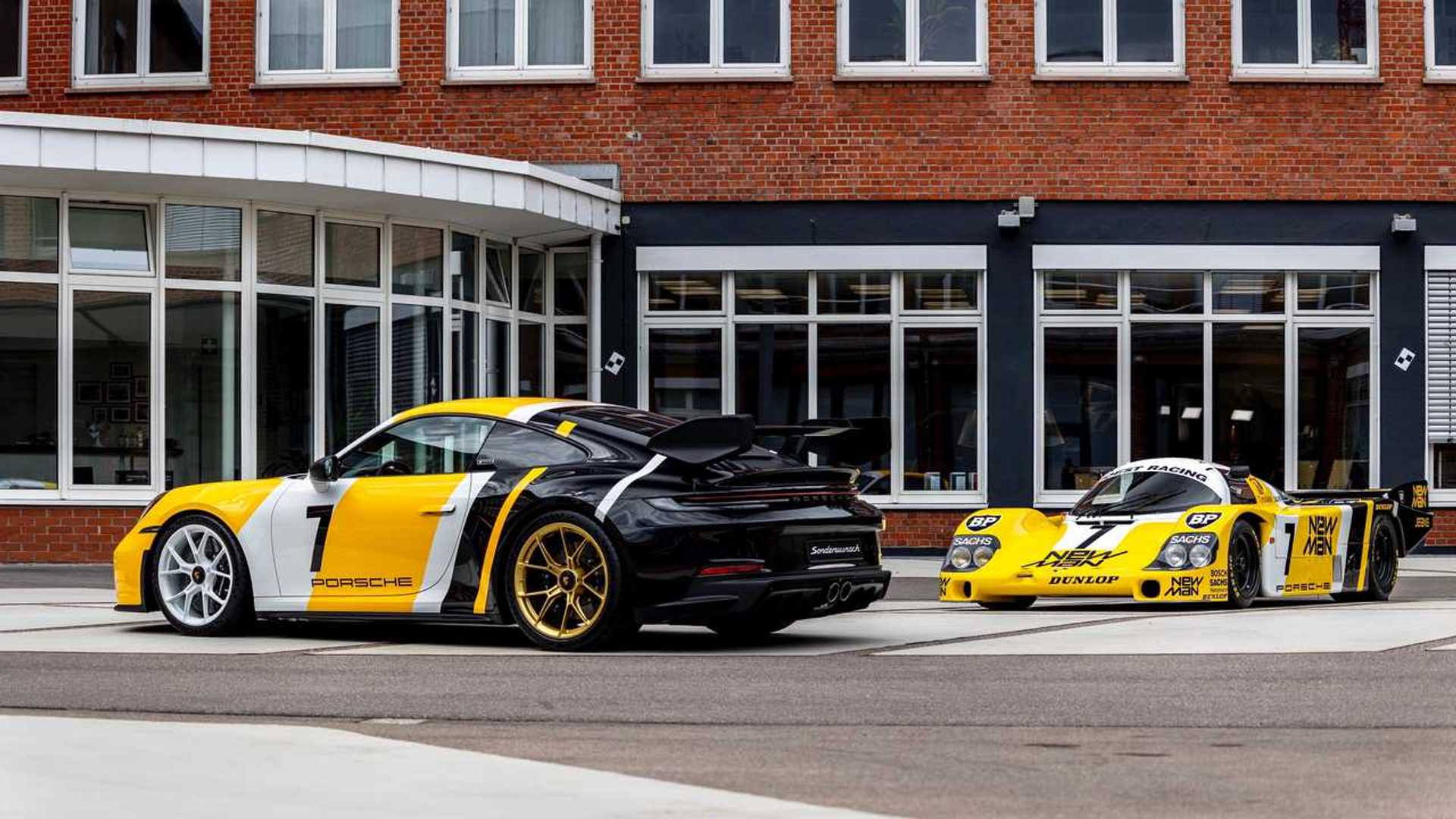 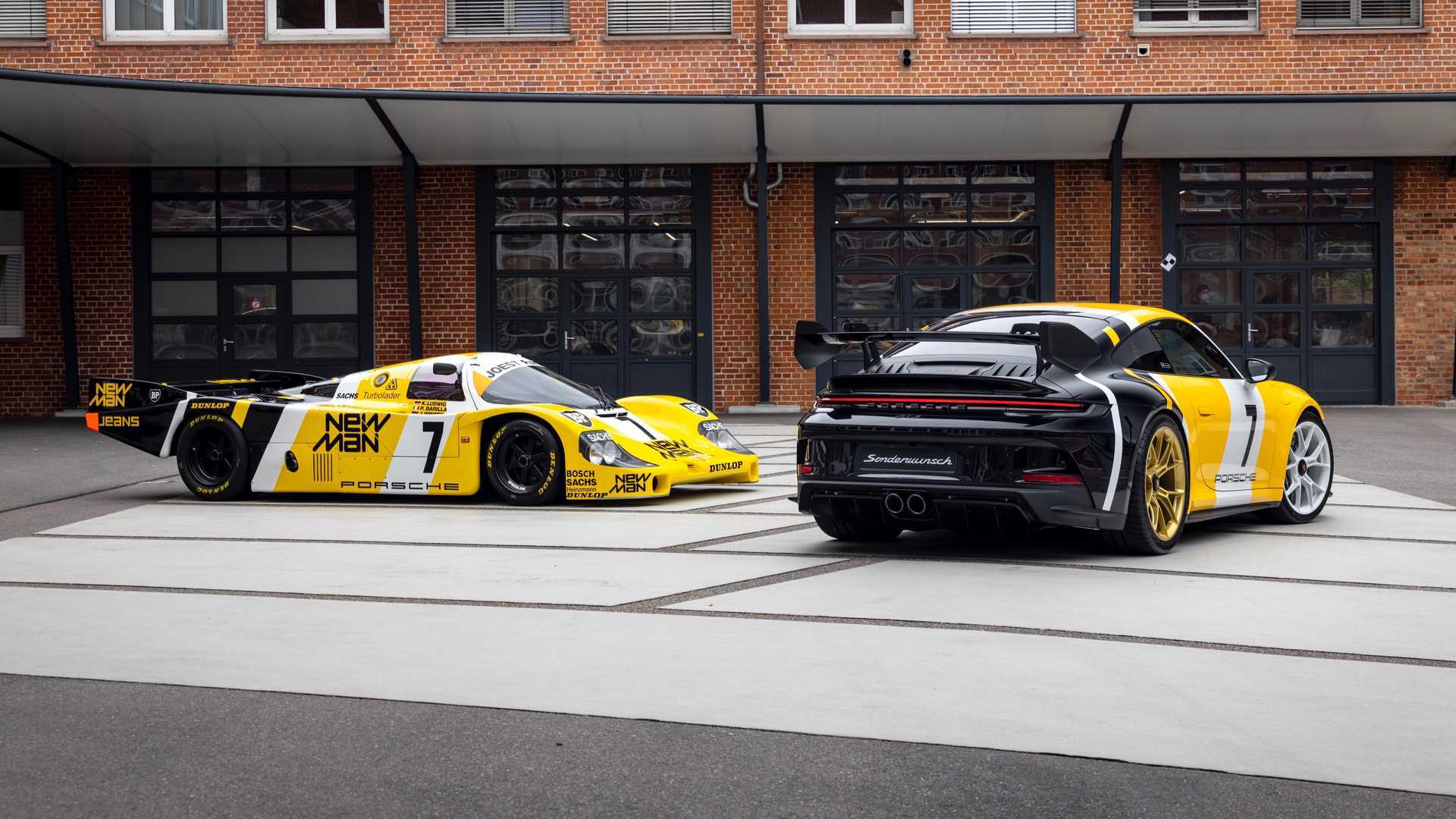 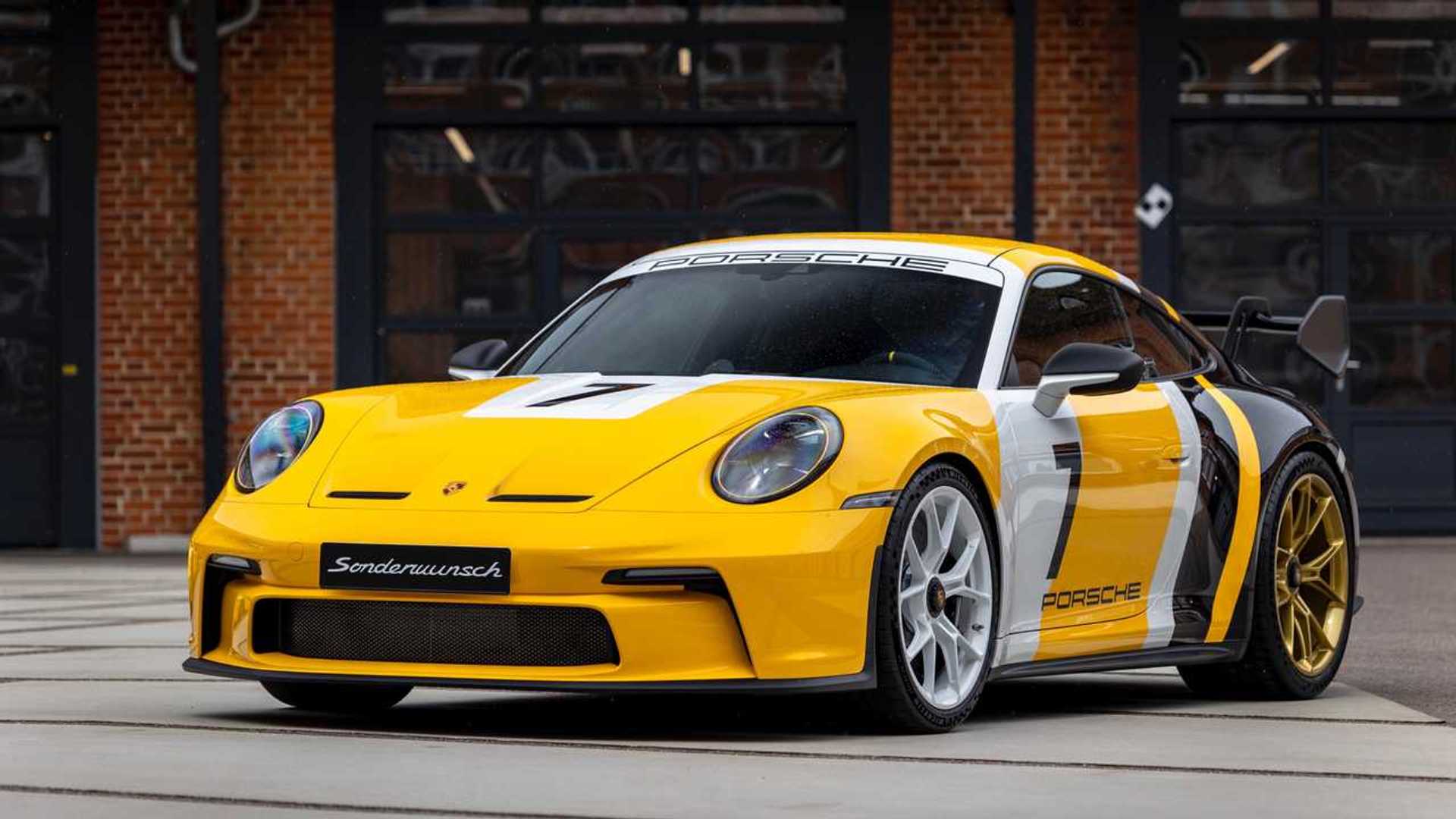 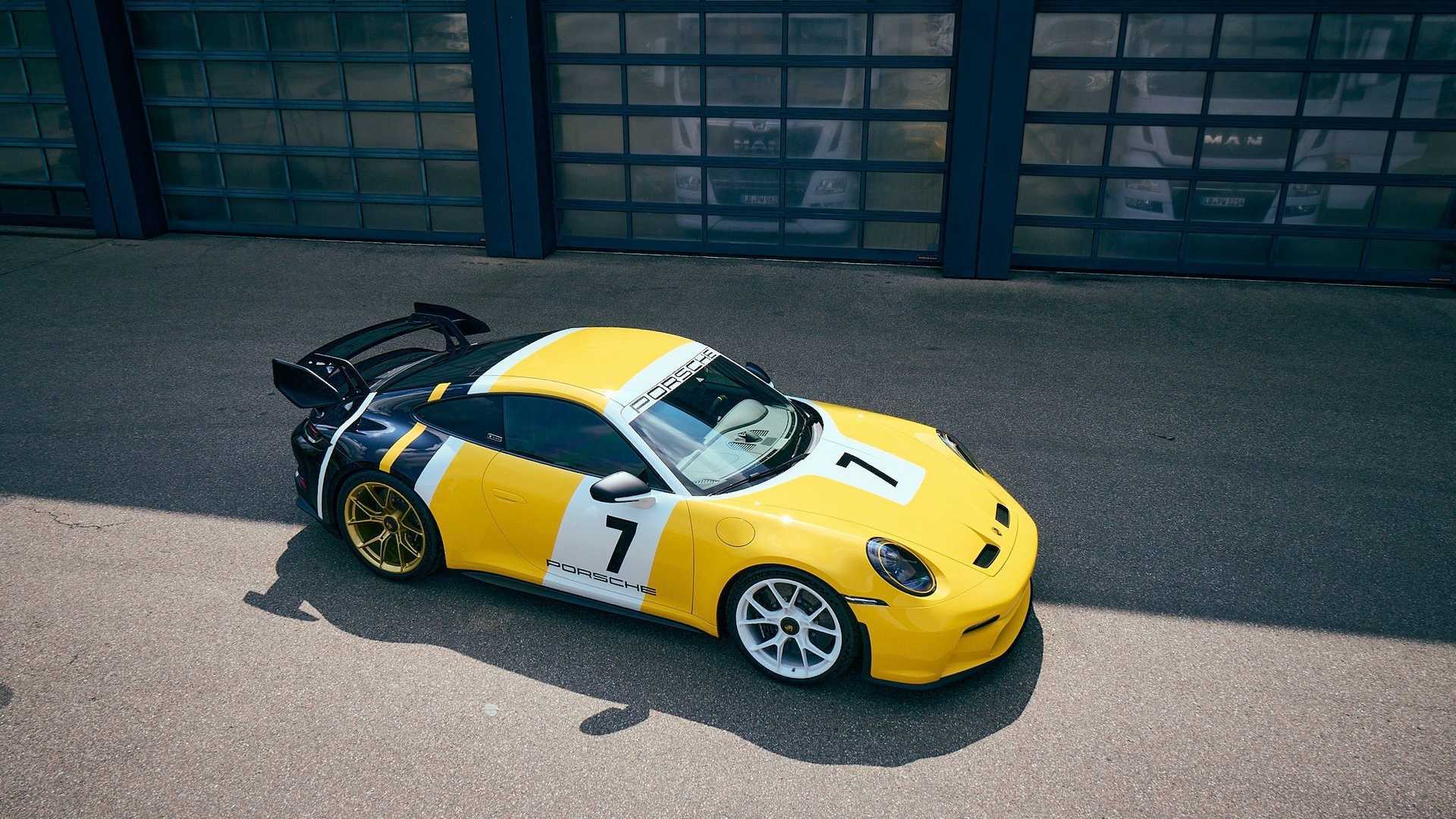 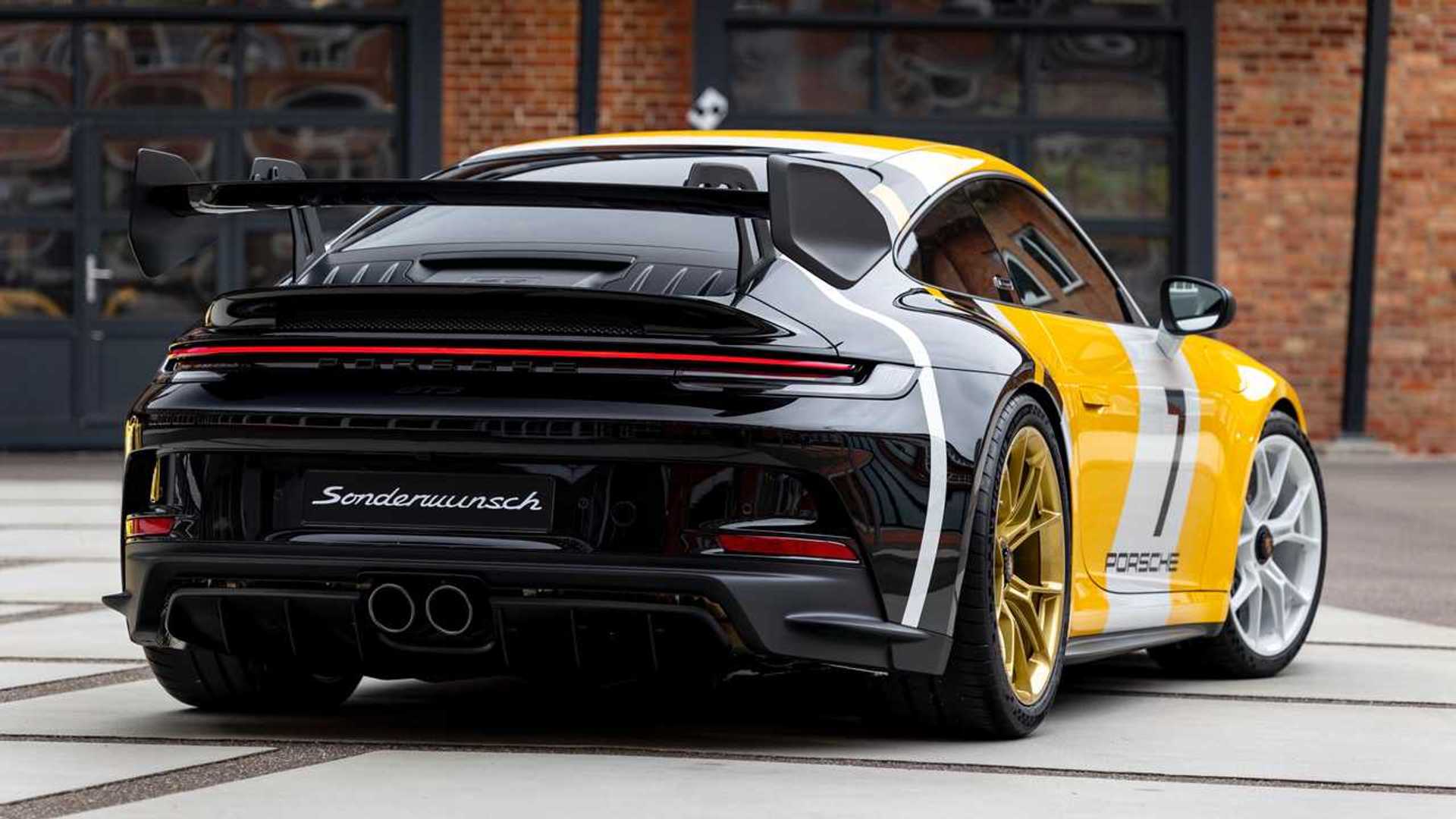 Paolo Barilla, who also raced for the Minardi F1 team in the 1989 and 1990 seasons, had to patiently wait for three years to grab the keys to his one-of-one 911 GT3. During this whole time, he was the project manager of the build, working closely with Porsche Exclusive Manufaktur and the Style Porsche design department.

Needless to say, work originally commenced on a 991.2-gen GT3 since the 992 model was introduced only in February 2021. Finished in Summer Yellow with white and black accents, the unique sports car from Zuffenhausen proudly carries race number 7 as a throwback to the owner’s motorsport success in the mid-1980s. The rear wing and gear lever are exclusive to this model, much like the badging on the B-pillar and a layout of the Le Mans circuit embroidered in yellow onto the headrests.

If you’re wondering about why the license plates say “Sonderwunsch” (“special request”), it’s to inform everyone this is the first car part of a new program, allowing greater customization options than before. Paolo Barilla commissioned it for his 60th birthday, and yes, there’s a very good reason his name might ring a bell since he’s the Deputy Chairman of the Barilla Group Italian multinational food company.

The closer you look at this car, the more details you’re likely going to notice. These include the Summer Yellow accents in the front apron and headlight rings, white 956-inspired wheels at the front and gold at the back, and that rear wing we mentioned earlier, with end plates derived from the race car.

Inside, the predominantly black cabin has “956 Le Mans” sill plates with a silhouette of the 1980s race car, while that gear lever is akin to the magnesium ball used by the race car. Its top part was milled from aluminum before the surface was sanded to obtain the final retro look. Speaking of the gear lever, Barilla himself flanged the gearbox to the engine by using a torque-controlled screw device. Doing so meant Porsche actually had to hire him as an official employee in the production area.

Although pricing details have not been disclosed, it goes without saying the car cost Paolo Barilla a pretty penny, which he certainly has considering Forbes mentions he’s worth more than one billion dollars.