Porsche is celebrating its connection to the famed Hockenheimring racetrack in Germany that this year turns 90 years old. The manufacturer set up a base for testing at Hockenheim in 2019, now considering it one of its home tracks, and today it revealed a special edition Porsche Taycan GTS Hockenheimring Edition.

The pack doesn’t grant the Taycan GTS any more performance, so it still makes 590 horsepower and sprints to sixty in 3.5 seconds, but it does make the sports sedan stand out. The most noticeable difference is the exterior paint color, Stone Grey, also found on the outer rim of the Mission E wheels fitted to this model as standard.

According to Alexander Pollich, Chairman of the Executive Board of Porsche,

With this exclusive special edition, we are not only delighting fans of our all-electric sports car, but also highlighting our attachment to the Hockenheimring. We congratulate the legendary racetrack on a rich, 90-year history. With the Porsche Experience Centre there, the Hockenheimring has become even more of a home for our brand since 2019.

There are also badges on the B-pillars saying “90 Hockenheimring Edition” that also feature the circuit’s outline and the Taycan GTS badge on the rear, as well as the wheel spokes are finished in a striking shade of frozen bronze that Porsche calls “Bronzite,” which can also be found the SportDesign side sill trim pieces, on the rear diffuser and on certain trim pieces inside the vehicle too.

Open the front doors and the vehicle has puddle lights that project a simplified version of this special edition’s logo onto the ground; the same logo is also subtly printed on the side of the vehicle key. Porsche chose to give this special model a black leather interior, but it features light green contrasting stitching and debossed logos on the headrests and central armrest. 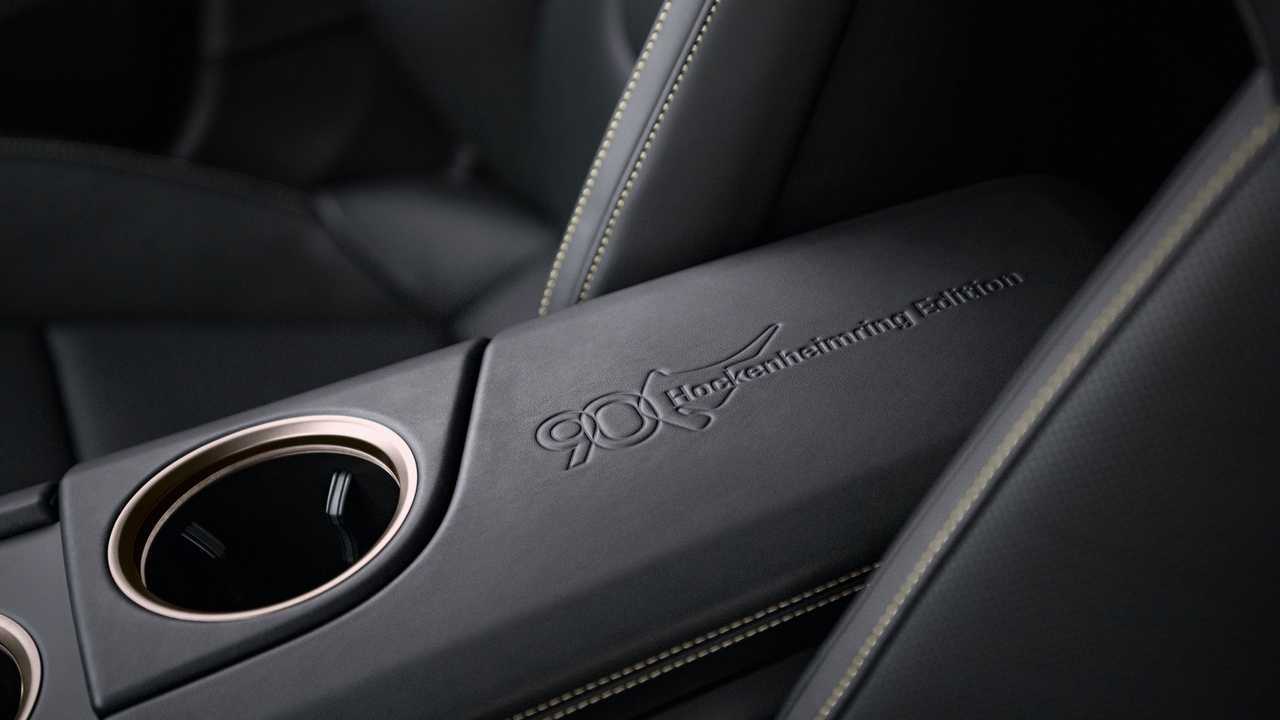 With all of these visual changes added up, these special edition Taycans will certainly pop  out on the road and also make their owners feel extra special when driving them. They are also probably addressed at fans of the racing track itself who want to own a piece of heritage that is directly connected to the circuit – the Taycans may end up on display or in collection and may get driven less than the standard variants.

Porsche will not sell this edition outside Europe, though, and from the press release we did not learn how many they intend to make. The manufacturer does tell us that one of these vehicles will be on display at Hockenheim until the end of the year.