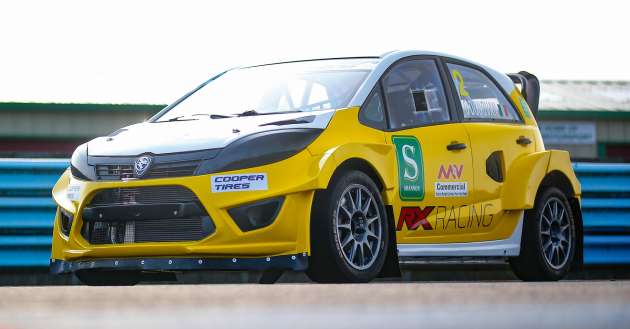 First teased in December 2020, the most powerful iteration of the Proton Iriz yet has been revealed – enter the Proton Iriz RX. As its name suggests, this has been built with the objective of entering rallycross competitions.

Built from the Mellors Elliot Motorsport (MEM) Iriz R5 as its base, the competition car has been re-engineered to meets the specifications of FIA RX1, or formerly known as RX Supercar, by Tony Bardy Motorsport (TBM). The Iriz RX shares its platforms with the Iriz R5, and like that car for the R5 (now Rally2) category, development of the Iriz RX has been carried out at the Mellors Elliot Motorsport facility in Derbyshire, UK. 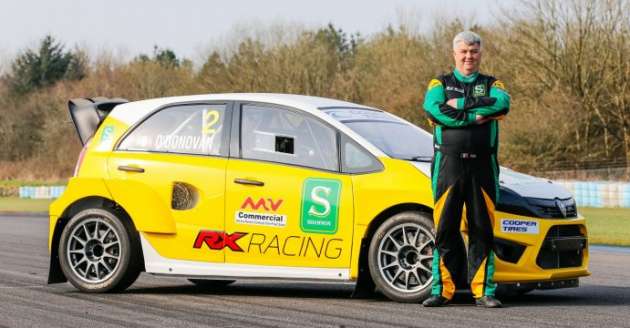 At first glance, the Iriz RX appears rather similar to the Iriz R5, and it does share that car’s front and rear bumpers, as well as wheel arch extensions. Unique to the Iriz RX are the dummy headlamps along with additional air intakes in the lower grille and fog lamp housings, wider rear overfenders as well as carbon-fibre double-decker rear spoiler.

You’ll also have noticed the great big holes carved into the tailgate of the Iriz RX, and these are to serve to radiators which have been relocated to the rear of the car as is typical of rallycross machines; this is in order to protect the crucial components from damage at the front, where contact between cars is frequent in rallycross.

While exact technical specifications for the MEM-built Iriz RX have yet to be officially revealed, technical regulations for the RX1 which the Iriz RX is entered into dictate that competitor cars in the category are to field 2.0 litre turbocharged engines producing in the region of 600 hp and 840 Nm, deployed through a six-speed sequential gearbox and all-wheel-drive. 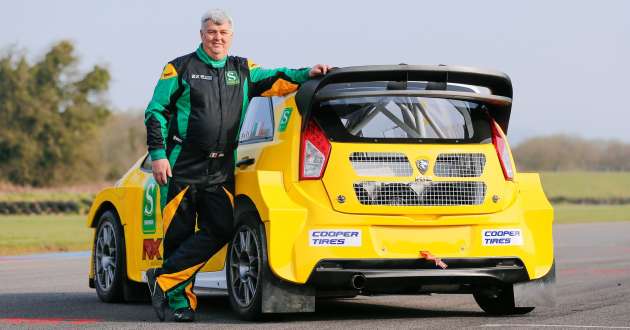 For comparison, the Mitsubishi-sourced 4B11T Iriz R5 engine is sleeved down to 1.6 litres in order to comply with R5-class engine capacity regulations. Compared to the RX1 outputs of 600 hp and 840 Nm, the R5 car produces 350 hp and 450 Nm. As for the Iriz RX, it will need to match the cars in the RX1 category in terms of weight, which are to weigh in the region of 1,300 kg.

“This has been, and continues to be an exciting project for us at MEM. It’s great to be working on a different programme with different people, and exploring the world of rallycross. We’re satisfied with how the car has turned out, and we’re very pleased with the initial shakedown in Pembrey,” said MEM Proton Motorsport team principal Chris Mellors.

“Ollie [O’Donovan] wanted a car that nobody else had, and in R5 form the Iriz has won many rallies in the hands of Ollie Mellors. The car shares its base with the R5, but a lot of it is unique too, and the concept has taken longer to adapt for rallycross than everyone involved first thought it might. But, having run the car through its first test, the speed is there. The car has a lot of grip, and there is more potential to unleash yet. We’re all looking forward to the first event,” said TBM owner and Team RX Racing chief engineer Tony Bardy.

In the British Rallycross 5 Nations series, Team RX Racing team principal and lead driver O’Donovan will be partnering his son, Patrick in a two-car entry for the team. Additionally, Team RX Racing will also enter the European Rallycross Championship where the series will race in Hungary, Norway, Sweden, Portugal, Latvia, Portugal and Belgium, beginning with Nyirad in Hungary next month.