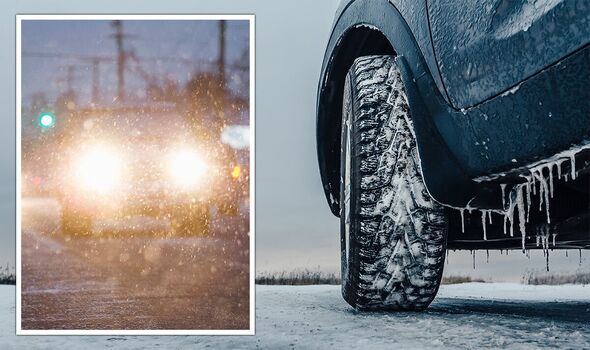 Experts at car lease comparison site Moneyshake have warned drivers of six laws they may be breaking this winter for failing to carry out simple tasks in adverse weather. Failure to adhere to the winter laws could land motorists with a fine or points on the license.

Failing to wear the correct footwear

Winter footwear such as chunky boots can limit the movement of ankles. On top of that, thick soles could impact the use of the vehicle’s pedals.

Failing to wear the correct footwear while behind the wheel could be classed as driving without due care and attention, as rule 97 of the Highway Code states that “you should ensure clothing and footwear do not prevent you using the controls in the correct manner”.

Eben Lovatt, the CEO of Moneyshake, said: “Failure to have proper control of your vehicle could lead to a £100 on-the-spot fine and three penalty points on your licence and in more serious cases could go to court and result in a fine of up to £5,000 and disqualification.”

Cars can quickly become steamed up or icy during winter as the temperature drops, leaving windows hard to see through.

Whilst it’s hard to avoid during the colder months, drivers should make sure to leave enough time to de-ice their car before setting off as failure to do so could result in limited vision.

Rule 229 of the Highway Code states that “drivers must be able to see, so clear all snow and ice from all your windows… make sure that your mirrors are clear and the windows are demisted thoroughly.”

Mr Lovatt: “Drivers who fail to clear their windows of ice and fog and drive with an obscured view of the road could break driving laws for leaving a vehicle in a ‘dangerous condition’ and could face a fine up to £2,500 and three points on their licence.”

Leaving the car running to defrost

Rule 123 of the Highway Code states: “You must not leave a vehicle’s engine running unnecessarily while that vehicle is stationary on a public road.”

Mr Lovatt explained: “There are environmental benefits to not keeping your car engine running and as well as wasting fuel, it can also land drivers with an initial £20 fine which can rise to £40 if unpaid within the required timeframe.”

Clearing frost from the number plate

Before setting off in the winter, drivers should make sure that they clear all snow and ice from their number plate.

Rule 229 of the Highway Code states that drivers must take special care to maintain their car and ensure it is working properly.

It adds that “lights, indicators, reflectors and number plates MUST be kept clean and clear”.

Mr Lovatt said: “Driving with number plates which are obscured or unreadable could risk landing a £1,000 fine, so make sure to check there’s no snow, ice or grit covering them before you set off this winter.”

The UK’s winter weather is sure to bring lots of rain, which can cause large puddles on the road.

The careless act of purposefully splashing pedestrians on a rainy day is deemed as inconsiderate and careless driving.

According to the Road Traffic Act 1988, if a person drives a mechanically propelled vehicle on a road or other public place without due care and attention, or without reasonable consideration for other persons using the road or place, they are guilty of an offence.

Mr Lovatt said: “Speeding up through a puddle to splash an unsuspecting pedestrian could land drivers with a fixed £100 penalty and three points on their licence and in more serious cases, nine points on your licence and a £5,000 fine – or you may be disqualified from driving altogether.

“So, although it may seem like a harmless prank, it’s worth thinking twice the next time you drive in wet conditions.”

Drivers should be using dipped headlights during the winter months- day or night. Switching them on will also ensure the rear lights are on, so drivers will be more visible from the front and back.

Rule 113 of the Highway Code states that drivers are required to use dipped headlights whenever visibility is seriously reduced.

Mr Lovatt explained: “If motorists rely on their low-level lights in poor visibility, instead of using dipped headlights, it could land them a £50 on-the-spot fine if stopped by police.”

Drivers should also be careful when using their fog lights, as they can have a dangerous impact on other drivers.

Rule 236 of the Highway Code states that “you MUST NOT use front or rear fog lights unless visibility is seriously reduced as they dazzle other road users and can obscure your brake lights.