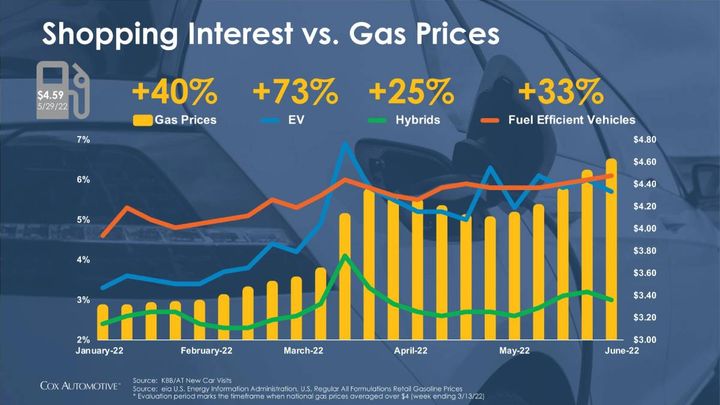 Shopping for EVs soared 73% since January before gas prices started their rise.

According to a Cox Automotive analysis of shopping behavior on its Kelley Blue Book and Autotrader websites:

The popularity of electrified vehicles was evident in May sales reports issued by some automakers.

The smaller, more-economical Ford Maverick pickup truck outsold the larger Ford Ranger for the second month in a row, and more than half of the Mavericks sold in May featured the hybrid powertrain.

Despite increased shopping, consumers will have a hard time finding a hybrid due to scant inventory. As of mid-May, the days’ supply for hybrids was among the lowest at 23, compared to the overall supply at 35, according to Cox Automotive’s analysis of vAuto Available Inventory data. Inventory of compact cars was even lower at 19 days’ supply.