The white Tesla Semi adds miles on the test track.

Tesla has released a new, short video teaser of its upcoming Tesla Semi, all-electric Class 8 semi-truck, driving on the test track at its Fremont plant in California.

It’s the updated version that we already saw a few times (including in Fremont). The truck was driving empty, quietly passing by.

It’s expected/rumored that the pilot series production will start in July and as early as in August Tesla will start production of customer vehicles (initially only day cab version).

Tesla hasn’t revealed details of the final version, but if the market launch is really within several months, then we should know more about the Semi soon, possibly by the way of the financial report for the first quarter.

One of the most important things will be the potential use of the new type, Tesla 4680 cylindrical battery cells. Due to the necessity of the cautious ramp-up phase of the production of this new battery type, Tesla might be willing to start using the cells in the Semi rather than in high-volume consumer vehicles. It could be a perfect opportunity to introduce those new cells.

The other interesting thing is the charging infrastructure – Tesla Megachargers, that will provide the required power and of course space to park such big vehicles with trailers. 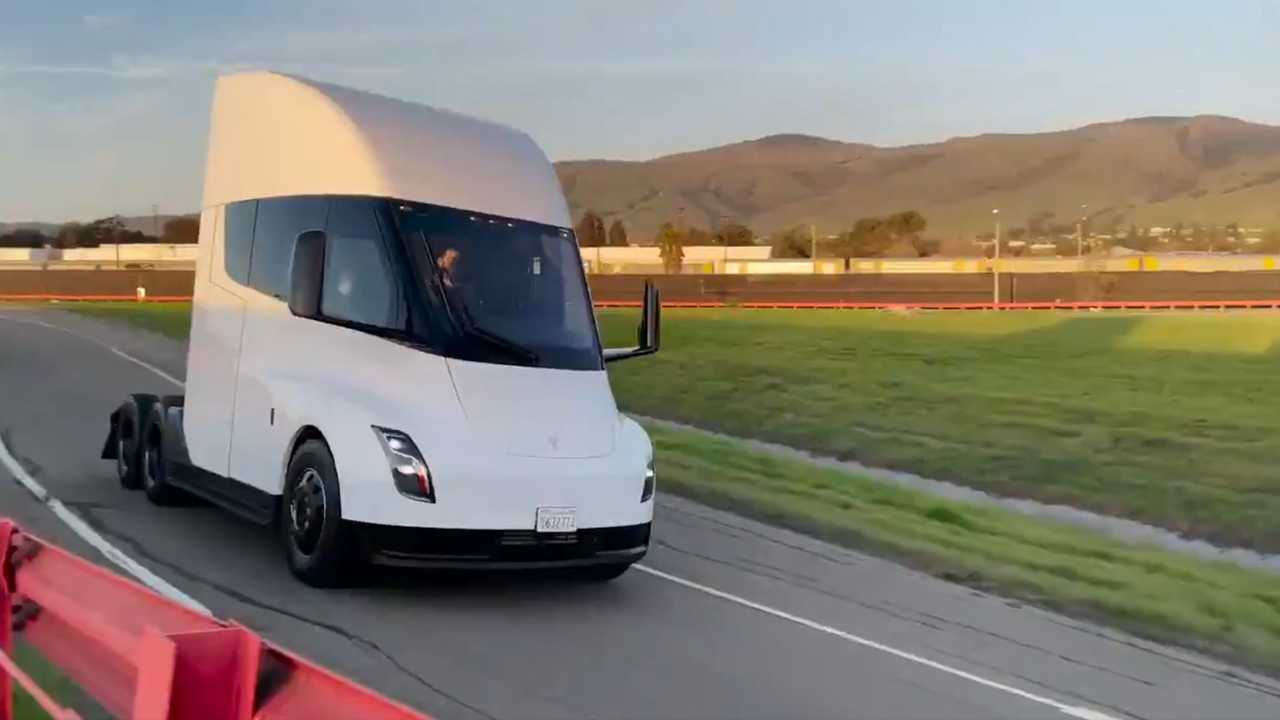