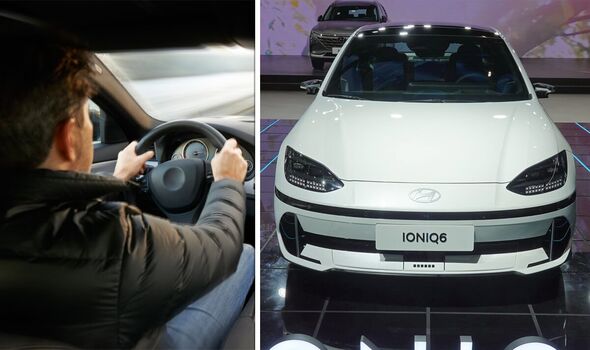 A list of 10 vehicles has been announced, crowning them the safest cars on the market, with all of the cars tested during the past 12 months scoring at least a four-star rating for the first time in the programme’s history. Even more encouragingly, 80 percent received the highest five-star accolade, with automakers paying greater attention to safety more than ever before.

The cars on the list are selected by judges based on Euro NCAP test scores, in addition to other core criteria such as mass-market appeal, safety technology innovation and the performance of the car’s Assisted Driving (AD) technology.

The 10-car shortlist represents the nominations for the coveted What Car? Safety Award 2023, with the BMW X1 being the only internal combustion engine vehicle on the list.

Judges were encouraged that BMW is continuing to develop safe diesel or petrol vehicles – despite the continuing market shift towards EVs – with the vehicle aimed at families.

One of the most popular car models in the world, Tesla’s Model Y, also features on the safety list, with Thatcham Research saying the SUV sets the standard for emergency safety system performance – across both active and passive features.

Its Adult Occupant Protection score of 97 percent was the highest of the year, while its Safety Assist grading of 98 percent is the best-ever recorded.

All are five-star performers and feature vital safety equipment that will help to ensure the safety of motorists and vulnerable road users in this new era of Assisted Driving technology.

For example, despite being considered a niche innovation just a couple of years ago, airbags to help prevent life-threatening interaction between occupants during a side impact are present on every vehicle in the 10 safest list.

Matthew Avery, chief research strategy officer at Thatcham Research, said it was promising to see so many car manufacturers taking safety so seriously and improving the vehicles they develop.

He said: “Thatcham Research actively promotes innovation in both impact protection and crash avoidance technologies, and as leading advocates for the Euro NCAP programme, it is satisfying to see 50 out of the 66 cars tested in 2022 achieving a five-star rating, resulting in perhaps the strongest safest cars list we have seen.

“This is something for which carmakers should be applauded, and we are pleased so many are continuing to prioritise motorist and vulnerable road user safety – especially during times of great technological and economic disruption.

“It’s been a strong year for the carmakers that have launched new vehicles and the results we’ve seen are good news for all road users.

“The record safety ratings are particularly impressive when you consider this year’s Euro NCAP test protocols are the most demanding yet.

Halfords is offering an incredible deal where you can join the Premium Halfords Motoring Club and get FREE MOT from just £4.99 a month. With benefits worth over £100, don’t miss the chance to join now.

You can get also get a FREE membership when you join the Halfords Motoring Club, which includes a FREE 10 point car check, £10 off MOT and more.

“All the cars tested this year performed well, offering high levels of protection to occupants and other road users, but some have really gone above and beyond to be the safest cars on our roads today.”

The Nissan Ariya is the Japanese brand’s second fully electric vehicle to hit the UK market after the wildly successful rollout of the LEAF.

It features new design architecture and has been hailed as an electric version of the Qashqai – last year’s Safety Award winner.

Judges felt the Ariya’s Autonomous Emergency Braking system which can detect pedestrians behind the vehicle, is particularly well placed on a family-focused SUV.

The Smart #1 was also touted by judges as being a high-performing electric SUV with a relatively affordable price tag of around £35,000.

It was deemed to be “well-engineered” and judges were impressed by one of the year’s highest scores (96 percent) for Adult Occupant Protection, matching results achieved by larger vehicles with larger crumple zones.

The 2023 What Car? Safety Award winner and two runners-up will be announced on 19 January.

The 10 safest cars that can be bought today