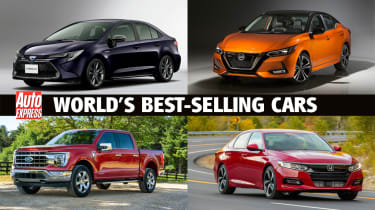 The UK car market is volatile and competitive – but cars that enjoy sales success in Britain usually don’t perform nearly as well on the global stage as a whole. So, we’ve taken a step back from the UK market to give you a glimpse at what the rest of the world’s motorists are buying. Here’s what we found out using data compiled by Car Industry Analysis.

Unsurprisingly, SUVs have gained even more popularity. The segment has grown by three per cent since 2018, with a total global sales volume of 31.13 million units – which accounts for a whopping 39 per cent of the world’s passenger car sales. It was also one of just two segments which registered an increase in sales between 2018 and 2019.

• Best selling cars in the UK

The world’s best-selling SUV for 2019 was the Toyota RAV4, closely followed by the Honda CR-V and the Nissan X-Trail – all of which also made it into the global best-selling cars list. The influential Nissan Qashqai and Volkswagen Tiguan sit in the middle of the running list, with each model selling around 550,000 examples worldwide.

Pick-up trucks also saw an increase in popularity, with global sales figures rising from 5.52 to 5.33 million over the last year. Naturally, the most profitable pick-up truck markets are the USA and Canada, whose motorists bought 3.53 million units alone. Europe was some way behind North America, accounting for just 3.5 percent of pick-up truck sales.

Also, thanks to the growth of the European and Australian pick-up truck markets, smaller models such as the Isuzu D-Max and Ford Ranger saw a marked increase in sales, with former increasing its sales figures by two percent and the latter improving by 33 per cent – for total global figures of 250,000 and 357,000 units respectively.

Pretty much every other type of passenger vehicle saw a decline in sales figures in 2019. Saloons came off best of the rest, with a comparably marginal decline of six per cent, while MPV sales saw a more drastic 14 per cent drop in global sales. Hatchbacks were somewhere in the middle of this, with a worldwide sales decrease of around 11 percent.

The top 10 best-selling cars in the world

Toyota and Honda perform exceptionally well on the global stage, with seven of the top 10 best selling cars on the planet being pulled from their stables, likely due to both brands’ reputation for affordability and reliability. As always, the Ford F-150 pick-up truck appears too – although it has suffered a minor decline in sales, losing out to smaller and more modern SUVs. Below we’ve compiled the top 10 list in full… 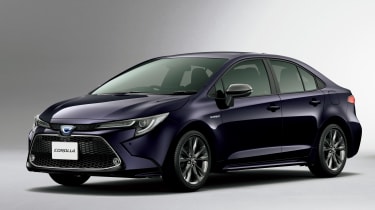 Despite an overwhelming push towards SUVs, the Corolla saloon occupies the top spot of this countdown, with more than 1.2 million units sold globally during 2019. It has reigned supreme in the North American market for some years now – and enjoys sales success across Europe, with 47,000 examples finding homes in the last year. We found the saloon to be completely agreeable to drive, if slightly lacking for performance. 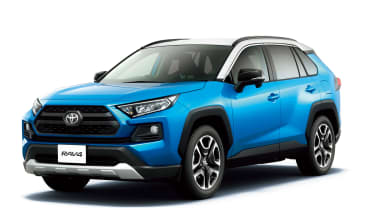 Toyota has clinched second place, too, this time with the RAV4 SUV. Almost a million examples were sold globally over the last year, representing a 19 per cent increase over 2018. Despite its poor infotainment system and fiddly CVT gearbox, the SUV also sells well in the UK, as its range of emissions-friendly hybrid powertrains help to keep Benefit-in-Kind taxation low for company car buyers. 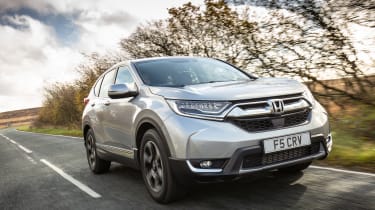 The Honda CR-V is nipping at the heels of the RAV4, with global sales figures of 831,000 units. Sales have also gone up 14 per cent in the last year thanks in part to the SUV’s build quality, practical cabin and good level of standard equipment. The car’s petrol engines are a little thirsty, but the CR-V’s major downside is less of a concern in markets where petrol is cheap, such as America and the Middle East. 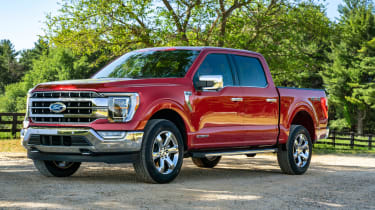 The Ford F-150 pick-up truck has been America’s best selling vehicle for the last 39 years – mostly because it ticks all the boxes for our cousins on the other side of the pond. It’s big, practical, comfortable and hideously cheap, which makes it accessible to pretty much every American consumer. It’s also the first vehicle on this list which isn’t available for UK buyers. 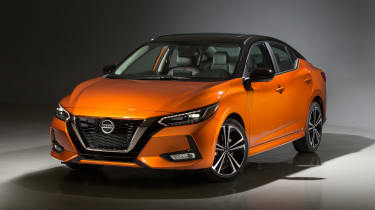 The Sentra is another car which bucks the growing SUV craze, scraping in at number five with a global sales volume of 722,000 units. It’s a US-only model, which acts as a direct rival for the best-selling Toyota Corolla saloon – and it’s built on the same pillars of practicality, reliability and affordability, with a starting price of just $19,310 (roughly £15,000). 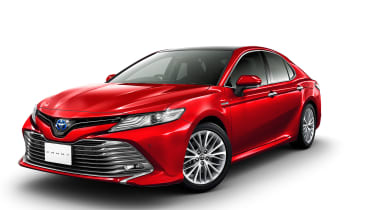 The Camry has been a stalwart of the global car market since its introduction in 1982. It returned to the UK in 2019, after a 15-year hiatus, to resume its rivalry with the Volkswagen Passat. Last year, Toyota shifted 708,000 units worldwide – and it’s easy to understand why. It’s nicely equipped, comfortable and, thanks to its hybrid powertrain, fairly frugal, returning upwards of 50mpg. However, it’s let down by Toyota’s sub-par infotainment system. 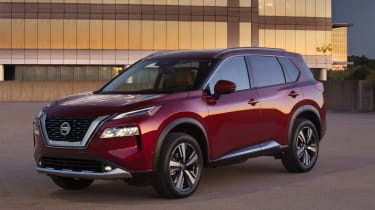 The Nissan X-Trail (or Rogue in the US) is essentially a larger version of the Qashqai, which is designed to compete with bulkier American SUVs such as the Chevrolet Equinox. Around 674,000 examples were sold in the last year – although this is a fairly major 10 percent drop in sales for the model year-on-year, which is likely due to the fact that the X-Trail will be replaced by an all-new model next year. 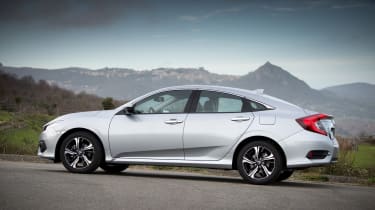 The Honda Civic saloon adds another player to the Sentra/Corolla rivalry. It’s another US market special which is broadly similar to the EU-delivered Civic hatch, albeit with a bigger boot and a larger – yet lazier – 156bhp 2.0-litre four-cylinder petrol engine. Around 666,000 examples found homes in 2019, representing a yearly sales growth of two percent. 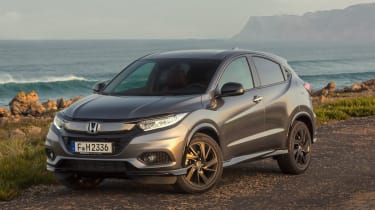 Another Honda – and another familiar face. The HR-V is sold in North America, Australia, Brazil and a handful of Asian markets with pretty much the same spec as the UK-delivered model, although American buyers get a larger capacity 139bhp 1.8-litre petrol engine in place of the UK model’s 180bhp turbocharged 1.5-litre unit. Sales were strong in 2019, with 626,000 examples sold worldwide. 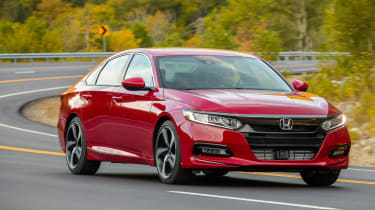 The Honda Accord was removed from the UK market in 2015, but the saloon is still selling strong overseas, with 587,000 units finding homes in 2019. The model is growing in popularity, too – in the last year, the saloon’s sales have increased by 15 percent, making it the second-most successful climber on the global car market after the RAV4.

Do you own one of the world’s best-selling cars? Let us know in the comments section below…