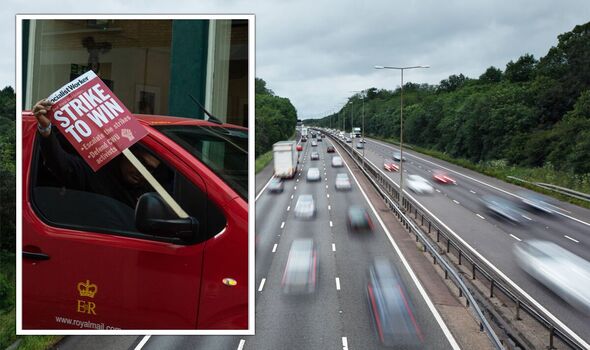 A leading motoring lawyer has warned that tens of thousands of British drivers could avoid speeding fines and points through a legal loophole. Nick Freeman, known as Mr Loophole, said that delays to Royal Mail deliveries could help some drivers escape the penalties.

Under current laws, UK drivers who are caught speeding must receive a Notice of Intended Prosecution (NIP) within 14 days of the alleged offence.

Mr Freeman said thousands of drivers might be able to challenge their prosecutions if they claim the letter didn’t arrive within the two week window.

If the driver pleads not guilty in court, they will need to swear on oath that the letter didn’t arrive and the prosecution would need to prove that it did.

If drivers can successfully argue their NIP didn’t arrive within 14 days, the case could be thrown out by the magistrates.

Around 2.4 million speeding tickets are issued each year with about 200,000 drivers caught each month.

Motorists can receive a fine and points on their licence which can see drivers banned for a period if they receive enough points.

Under normal service, a first class letter would be expected to arrive within two days but during the strikes post often took far longer.

Although Mr Freeman has previously used postal delays to get celebrity clients off motoring offences, he is calling for authorities to close the loophole.

He said: “Sending out letters in this day and age really does not make any sense especially when the Royal Mail is going out on strike.

“It is possible lots of alleged speeders are slipping the net because of the vagaries of our postal service.”

Mr Freeman called for the system to be changed “urgently” with more industrial action likely to come.

He suggested that everyone who registers a vehicle with the DVLA should have to provide an email, phone number and postal address.

This would mean that notification of speeding offences could be sent by text and email avoiding postal delays.

In 2010, England cricketer Freddie Flintoff was acquitted on a speeding charge after his lawyer was able to prove the prosecution notice was sent two days late.

David Beckham also had a charge thrown out when Mr Freeman proved that the NIP arrived outside the 14 day window.

Freeman added: “Although these loopholes are perfectly legal defences, based on law, road safety is my primary concern.

“Every time I expose a legal loophole in a successful defence, I hope the Government seizes the opportunity to shut it down.”

He said that many speeders could benefit from the loophole under the current system during industrial action.

There are currently no further set dates for Royal Mail industrial action but more strikes could be announced if the two sides are unable to reach an agreement.