Caught on several occasions and believed to be a new flagship SUV, this mysterious Audi Q model has been the subject of many speculations. Some say it’s a Q9 positioned atop the Q7 and Q8 while others claim it’s destined to become a China-only offering. After browsing some of the forums and websites in the People’s Republic, we believe this won’t be a new range-topping SUV after all.

Instead, the vehicle in question will be sold only in the world’s most populous country through Volkswagen’s joint venture with SAIC. Other recent models carrying the Four Rings to stem from this tie-up include the peculiar A7 L Sedan and the Q5 E-Tron. The latter – which is essentially a bigger, three-row Q4 E-Tron twinned with the VW ID.6 – can be seen in the adjacent spy shots of a test fleet caught in northern Europe. 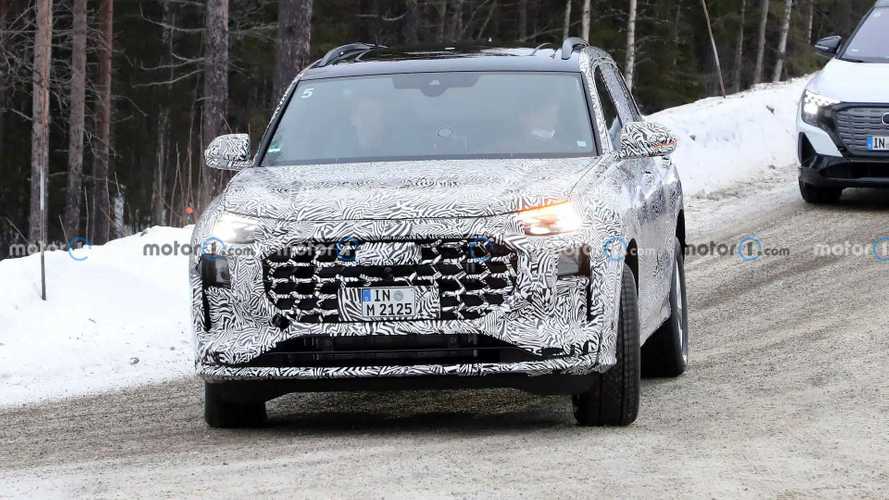 It is believed the new luxury SUV from Audi is mechanically related to the Atlas aka Teramont in China, Russia, and other markets. Consequently, it sits on the MQB platform rather than the more sophisticated MLB underpinning the Q7 and Q8. As far as the vehicle’s official name is concerned, we’ve heard it will carry the Q6 badge. However, the Q6 E-Tron debuting later this year will have nothing in common since the electric SUV will sit on a dedicated platform (PPE) co-developed with Porsche.

It will inherit the three-row layout and engines from the CN-spec Teramont wrapped around in a more luxurious package to justify the premium. The official debut is apparently scheduled to take place in April at the 2022 Beijing Auto Show, with sales to commence in China during the second quarter of the year.