According to Adamas Intelligence, in October some 44.3 GWh of battery capacity was deployed onto roads globally in all newly sold passenger xEVs, which is nearly 70% more than a year ago. September was even better (more than 51 GWh).

Batteries for commercial xEVs, energy storage systems or other applications are not included in the numbers.

That’s the whole xEV market (actually mostly BEVs) – as we know from previous reports – but how about the battery capacity assigned to individual models?

Here is the top 10 list (data estimated for the month of October) occupied solely by all-electric cars, which are both sold in high volume and equipped with relatively large battery packs.

As we can see, the most popular BEV – Tesla Model Y (all versions) – is far ahead with 3.5 GWh. Even the second best – Tesla Model 3 – can’t compete with that, sitting probably somewhere around 2 GWh.

Then we can see eight Chinese BEVs, including five BYDs. That’s also a sign of the times and a thing to think about for Western automotive groups. 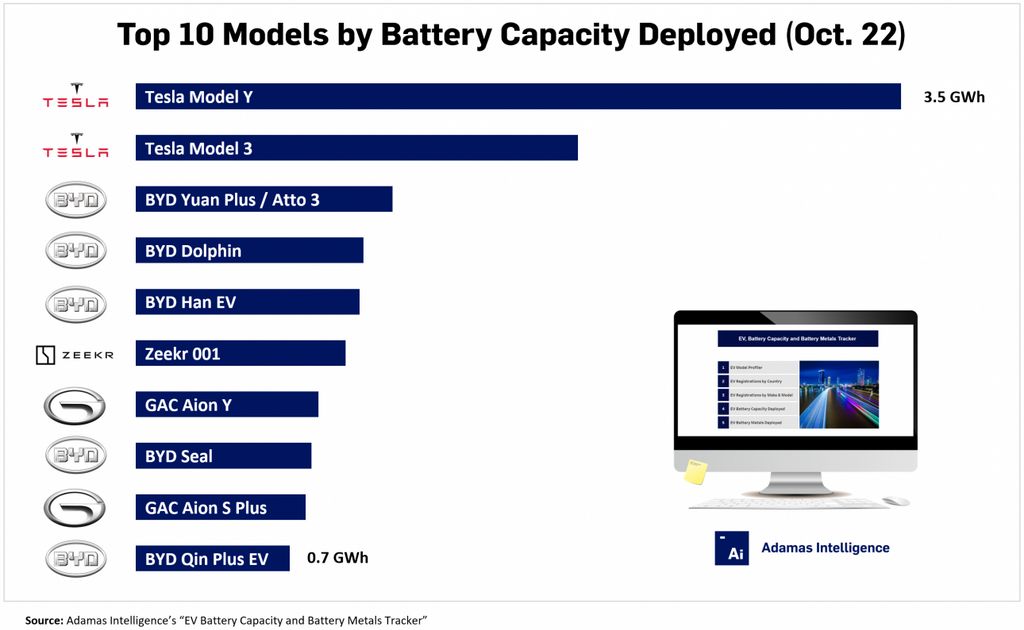 There are no plug-in hybrids in the top 10, but if we check electric motor power deployed onto roads in the same month, we can see a mix of BEVs and PHEVs.

That’s because while battery packs in PHEVs are relatively small, traction motors happen to be similarly powerful as in the case of BEVs. The report notes that the EV powertrain cost and NdFeB magnet demand per vehicle (if permanent magnet motors are used) might be very similar between BEVs and PHEVs (PHEVs need also the internal combustion engine part, while BEVs have a larger battery).

According to the report, the combined power output of Tesla Model Y cars deployed onto roads in October exceeded 13 GW. The 10th model – BYD Seal – needed 2.6 GW. Such power would be comparable to large power plants. 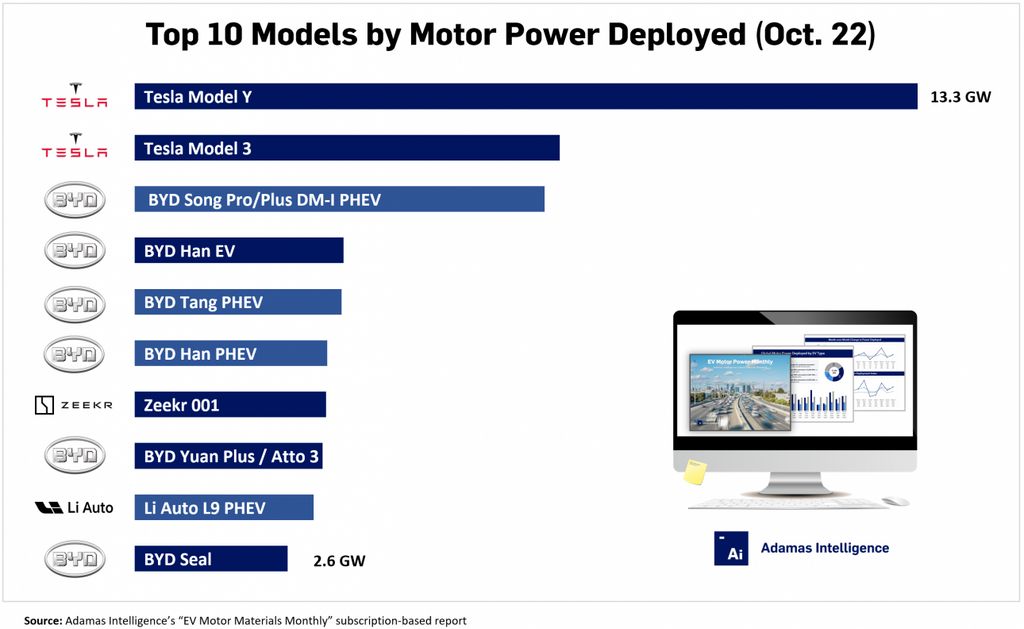