Top Gear will pay tribute to families on Mother’s Day as they reminisce over their childhood car memories to kick off series 30. Mr McGuiness was seen smiling behind the wheel of his family’s bright yellow Ford Fiesta which will be featured on Sunday’s show.

Fellow host Freddie Flintoff was caught beaming from ear to ear as he stepped inside a Ford Cortina.

Meanwhile, Chris Harris was spotted in front of his family’s old BMW 323i introduced to the market in 1977.

The model was the top E21 model of its age and packs a punch with a top speed of up to 124mph.

The trio were tasked with taking the cars their father’s once owned for a spin in a nostalgic throwback. 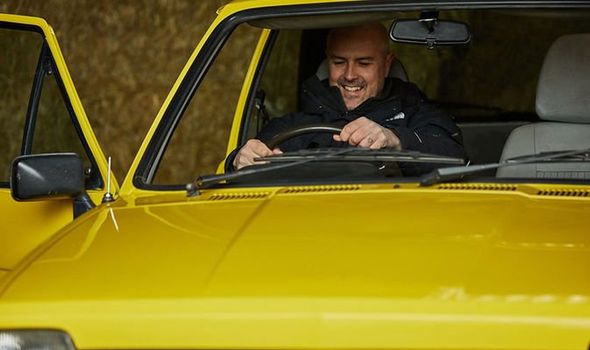 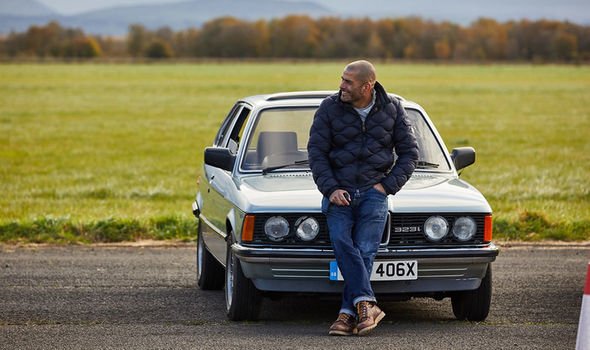 Paddy McGuinness said: “Kids now will never witness the delights of an A to Z or the games of eye spy in a very warm car.

“It was great to take a drive down memory lane in our old family cars for the new series.

“One thing we all recalled with huge affection was the heartfelt chats we had with our parents on those long car journeys when we were growing up.”

New research from Top Gear has highlighted a seismic change between generations’ experiences on the road.

The report found arguments between parents over directions on a map was one of the most popular memories now lost to history.

Using one CD in the car, pre-planning routes before a trip and using a coat hanger as a radio aerial were also identified as experiences modern-day children would not remember.

Modern children were also not aware of how to use a cigarette lighter or playing ‘in car’ games such as I-Spy.

Tuning the radio endlessly to get a radio signal and picking up hitchhikers were also previous experiences modern motorists are less accustomed to.

The uptake of modern technology such as satellite navigation tools has made maps almost irrelevant.

The new study found over half of road users find it easier to have meaningful conversations with their family while on a car journey.

A total of 53 percent of respondents said they recall meaningful conversations with their mum on the road with 47 percent admitting to having had heart to heart chats with their dad while driving. 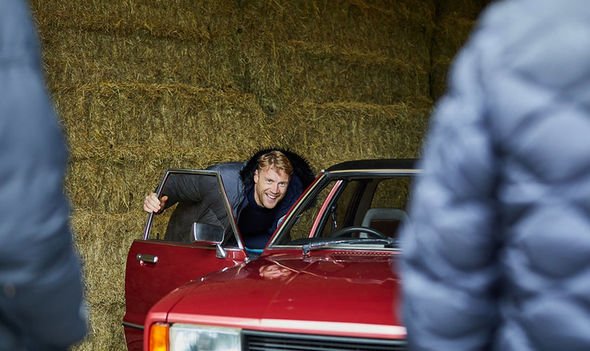 Six in 10 said they connected most with their family and parents while chatting in their vehicles.

She said: “As this new survey would seem to prove, whilst long car journeys back in the day took forever, weren’t always very comfortable – or indeed safe given lots of us didn’t have rear seat belts – what they did have was loads of family chats and games that have made precious memories.

“Fred, Chris and Paddy certainly felt like they were driving down memory lane when they drove their Dads’ cars recently and they all remembered just being with their parents in the car very fondly.”