Volkswagen is busy working on several new electric vehicles and among them is the production version of the ID Buzz. The electric bus will morph from a concept to a mass production model next year and will go on sale in the United States towards the end of 2023. We’ve seen it testing on public roads and the automaker even gave us a preview with a recent prototype. Now, there’s another prototype that caught our attention and it’s a little bit different than all previous Buzz concepts.

During the ITS World Congress in Hamburg, Volkswagen Commercial Vehicles showcased an autonomous ambulance prototype based on the ID Buzz. Obviously, it lacks a driver and the front seats are pointing back towards the specialized medical equipment. No further information is available, unfortunately, though Volkswagen has released the video that’s attached at the top of this page giving a nice visualization of the self-driving ambulance. 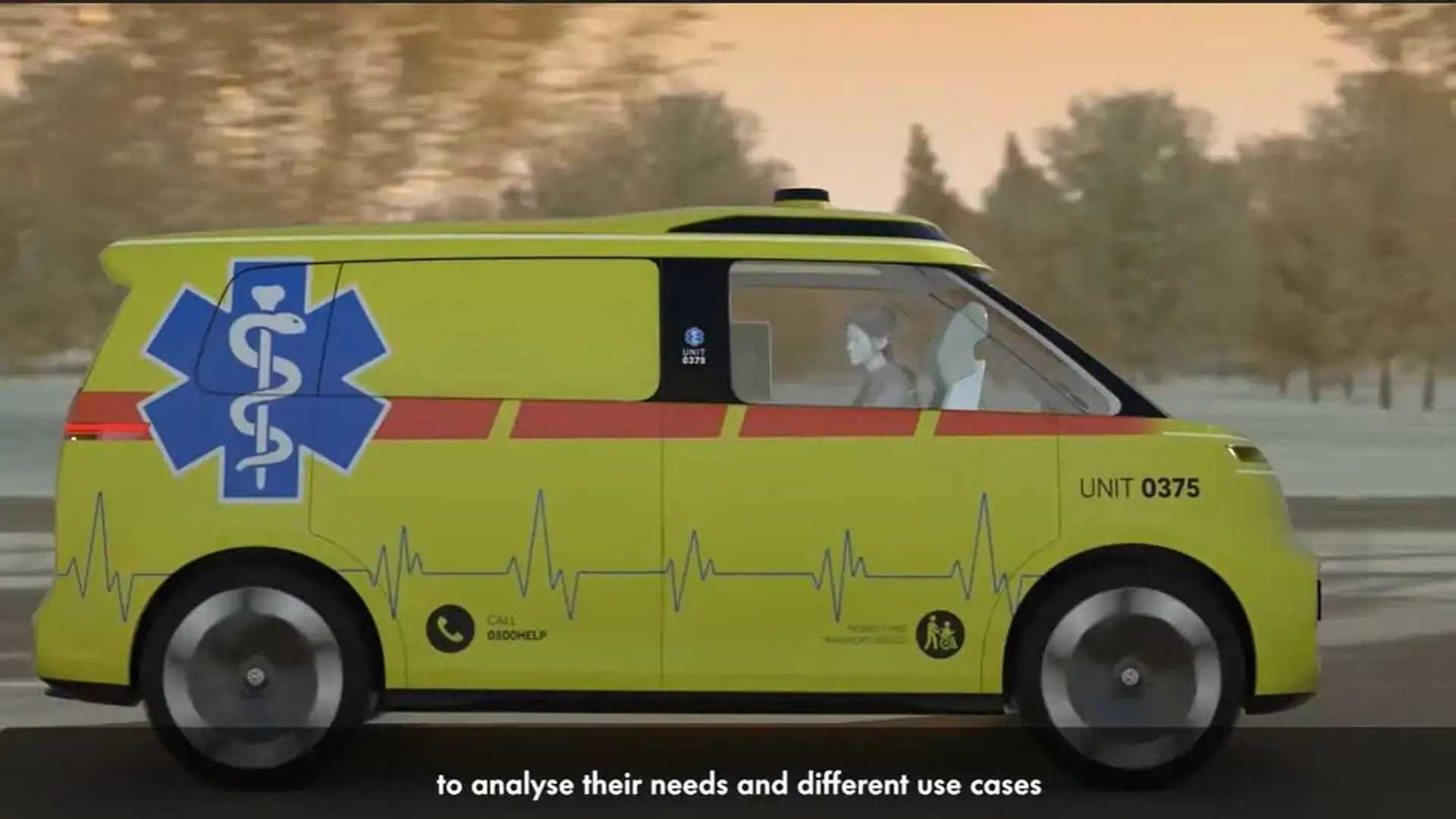 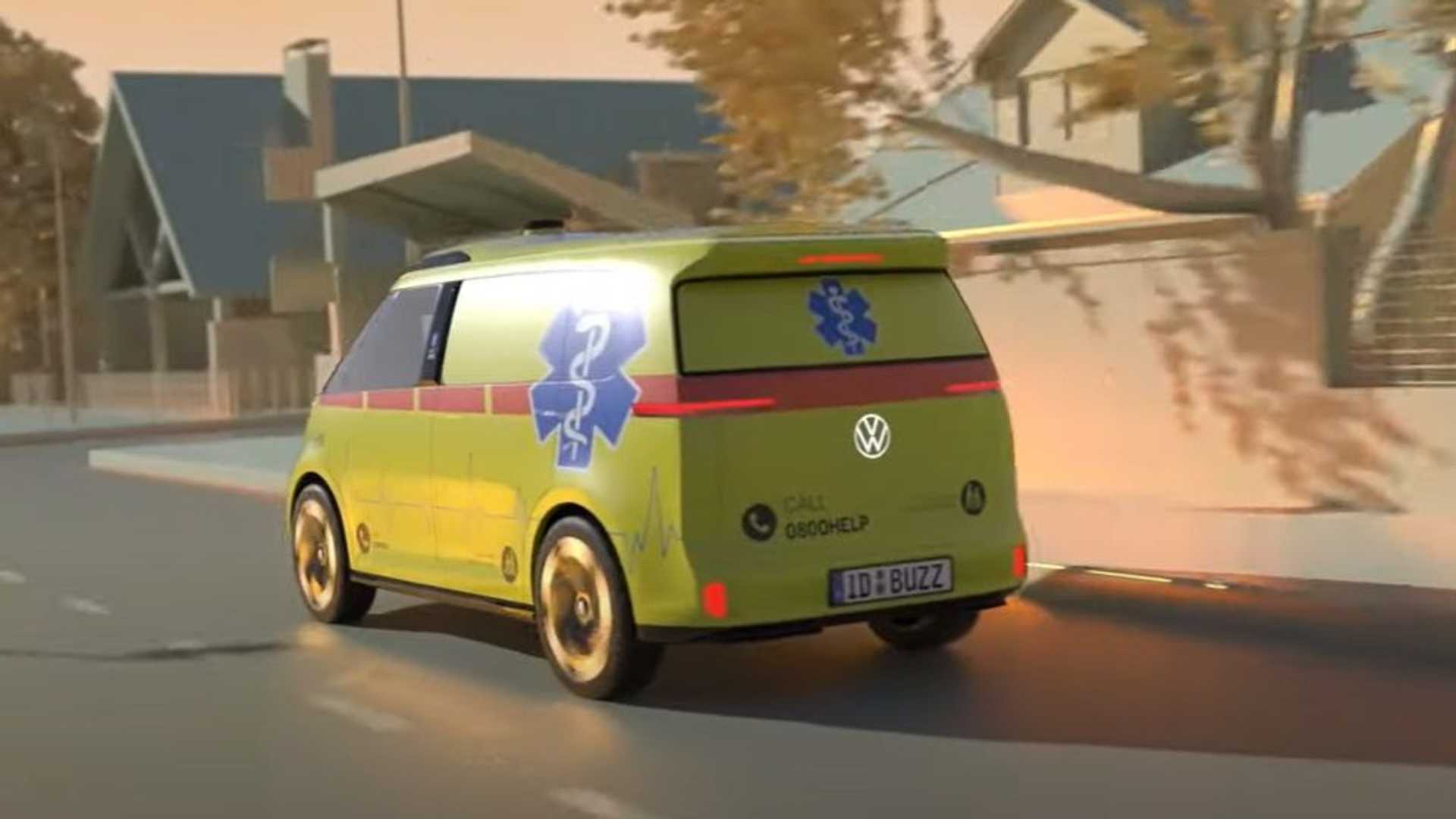 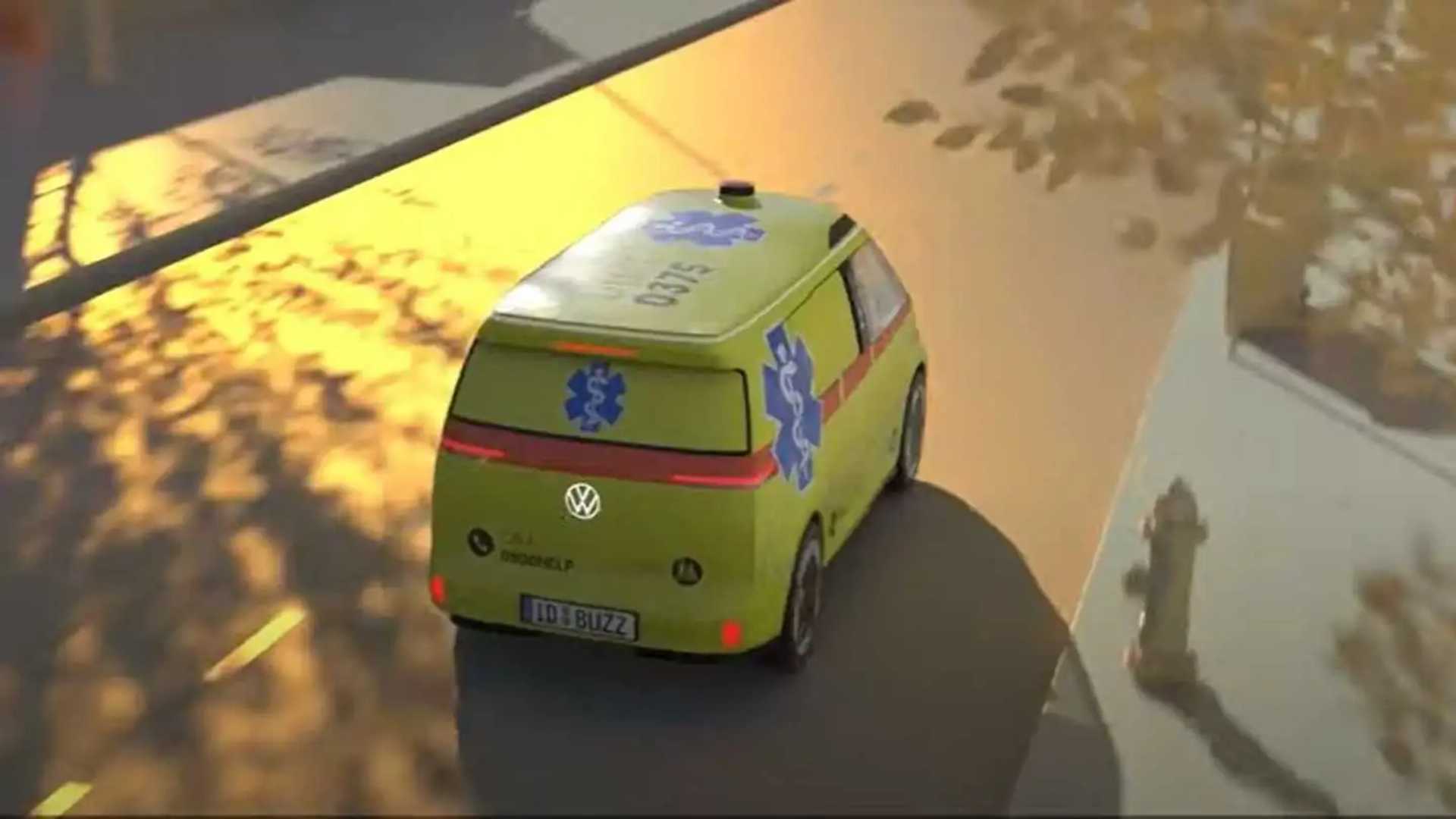 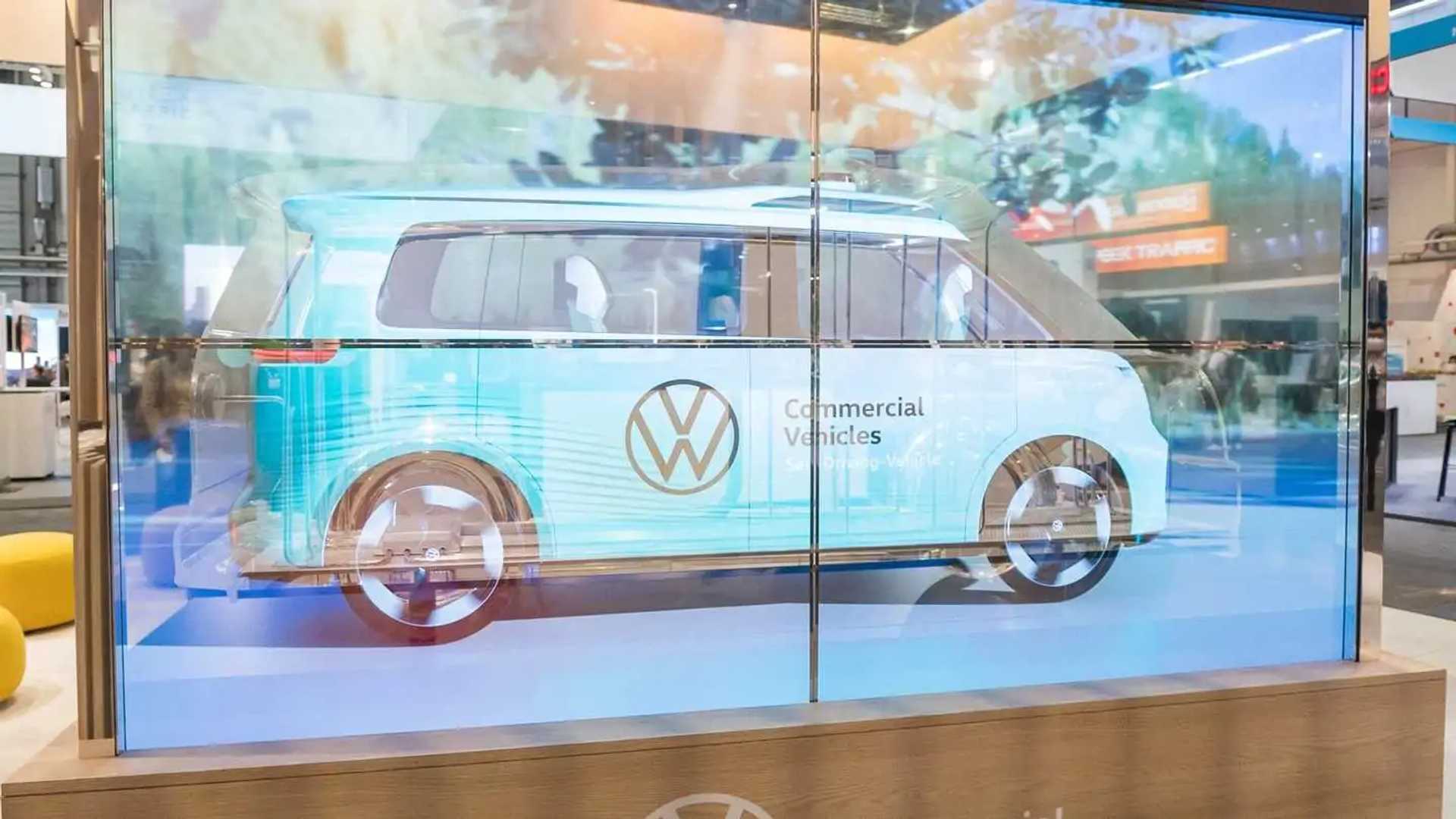 “As designers, we’re the people who think up these new living environments. To really get inside the head of somebody in the future and to offer them different things, to analyze their needs and different use cases, and then to define a vehicle from the basic requirements. That’s what design of the future has to do,” Albert Kirzinger, VW Commercial Vehicles design boss, explained during the event.

A few other autonomous concepts are also previewed with the video, including a driverless taxi for shared mobility, a delivery van, and some sort of a mobile office on wheels. The German automaker emphasizes that these concepts are equipped with interiors made mostly of recycled materials, like industrial waste, fishing nets, and others. These are used for the carpets and floor mats, as well as door panes and dashboard components.

The company’s commercial vehicle division is also proud of the seat design in these autonomous prototypes. The seats in the self-driving shuttles are upholstered with animal-free material that is easy to clean and comfortable. However, VW admits that the ride-sharing services it is currently running in Hamburg are too small and too expensive to “really reach broad segments of the population for daily mobility.”