Volvo was one of the first automakers to announce that it plans to shift from internal combustion-engined vehicles to EVs, setting the goal for itself to only sell battery-powered models after the year 2030. Currently, the Swedish automaker (owned by China’s Geely) only has two EVs in its lineup, the C40 and XC40, both of which are also available with ICE power, but today it unveiled its first bespoke electric model, the EX90.

The manufacturer is presenting EX90 as a direct (but electric) replacement for the highly successful XC90, offering many of the same traits and qualities, but also featuring a dramatic infusion of new tech and design. In terms of the way it looks, you can definitely see the XC90 connection, especially when it comes to the overall shape of the vehicle when viewed from the side. 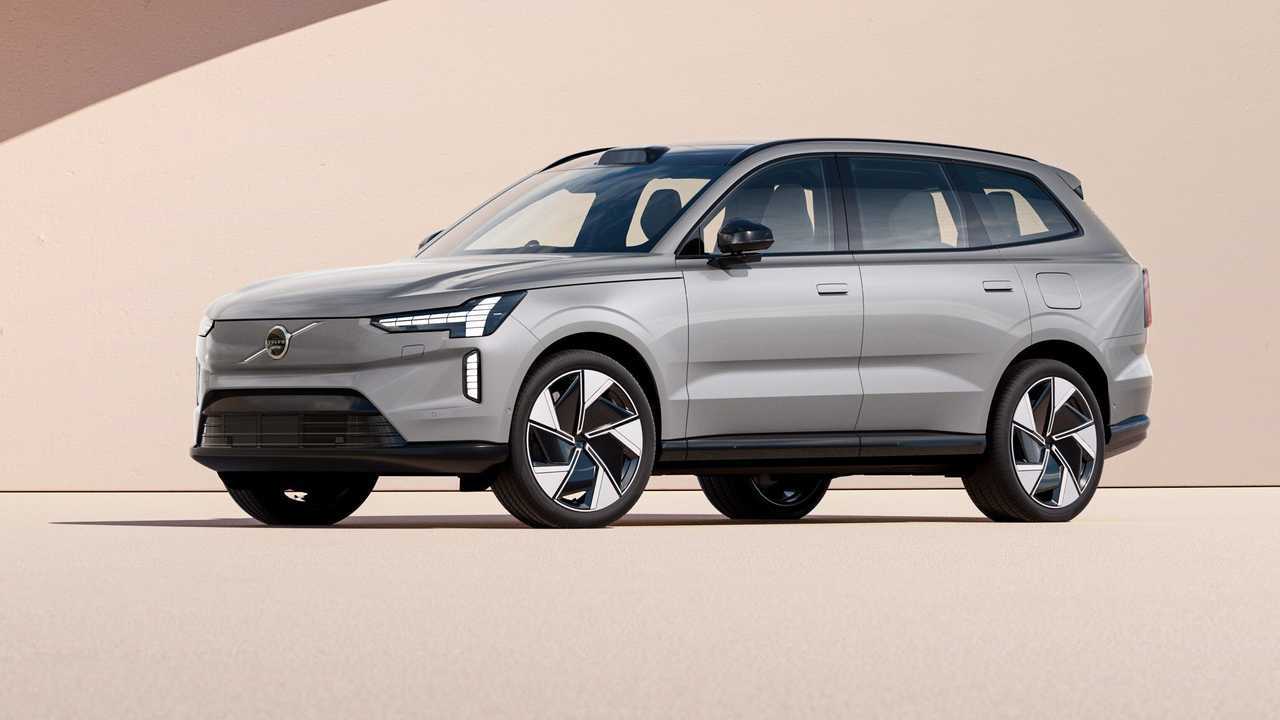 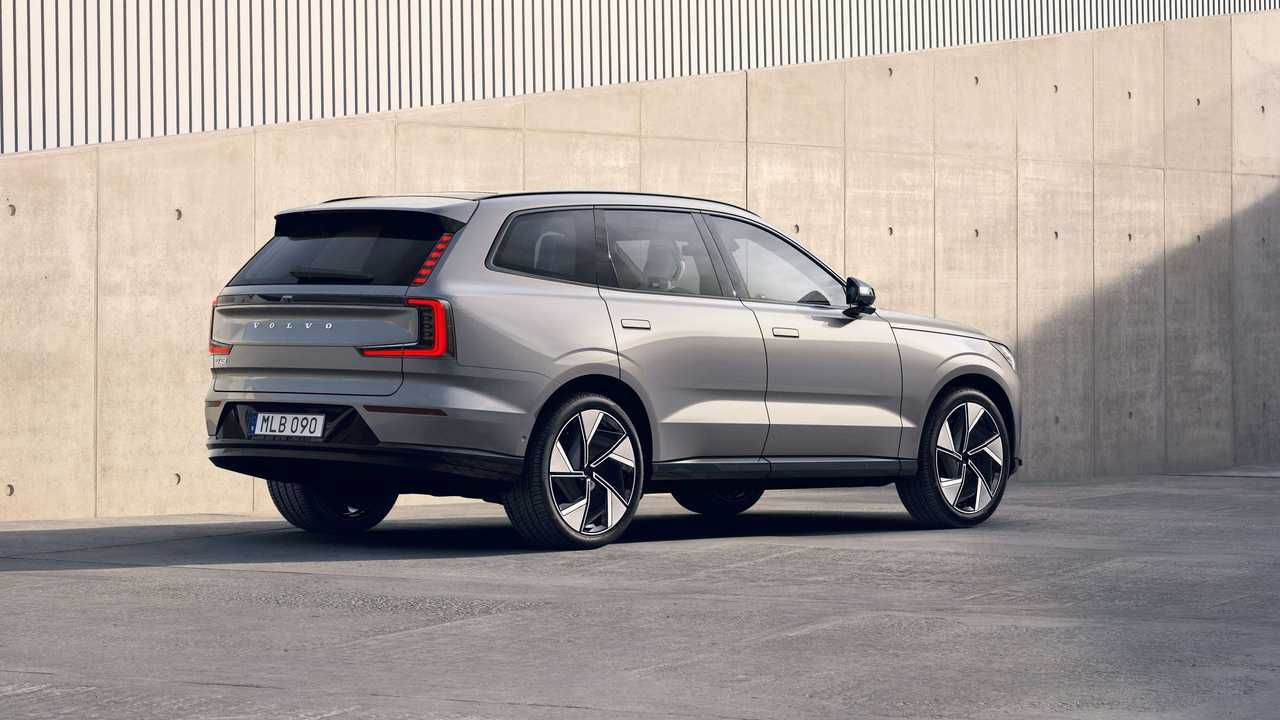 In the front, Volvo decided to not even bother with a faux grille, opting instead to leave the area as simple as possible, with the company logo proudly displayed in the middle. Minimalism permeates its design throughout, but the headlights look special and they are quite advanced too – the press release accompanying the reveal doesn’t detail how they work, but there is a photo in the gallery that shows what they are made of.

From the rear, the EX90 is unmistakably a Volvo, with the familiar light signature. Interestingly, the vertical light sections are no longer connected to the lower part, marking a slight departure from the look pretty much all Volvos have had over the past decade. 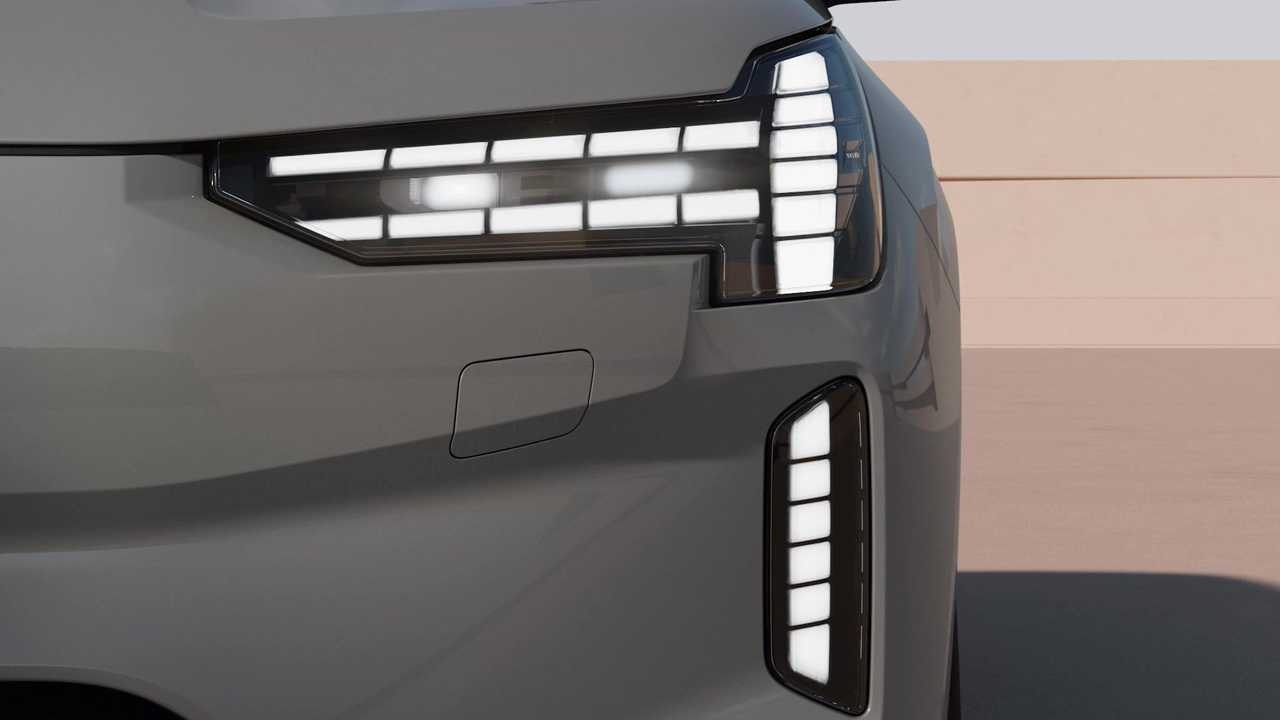 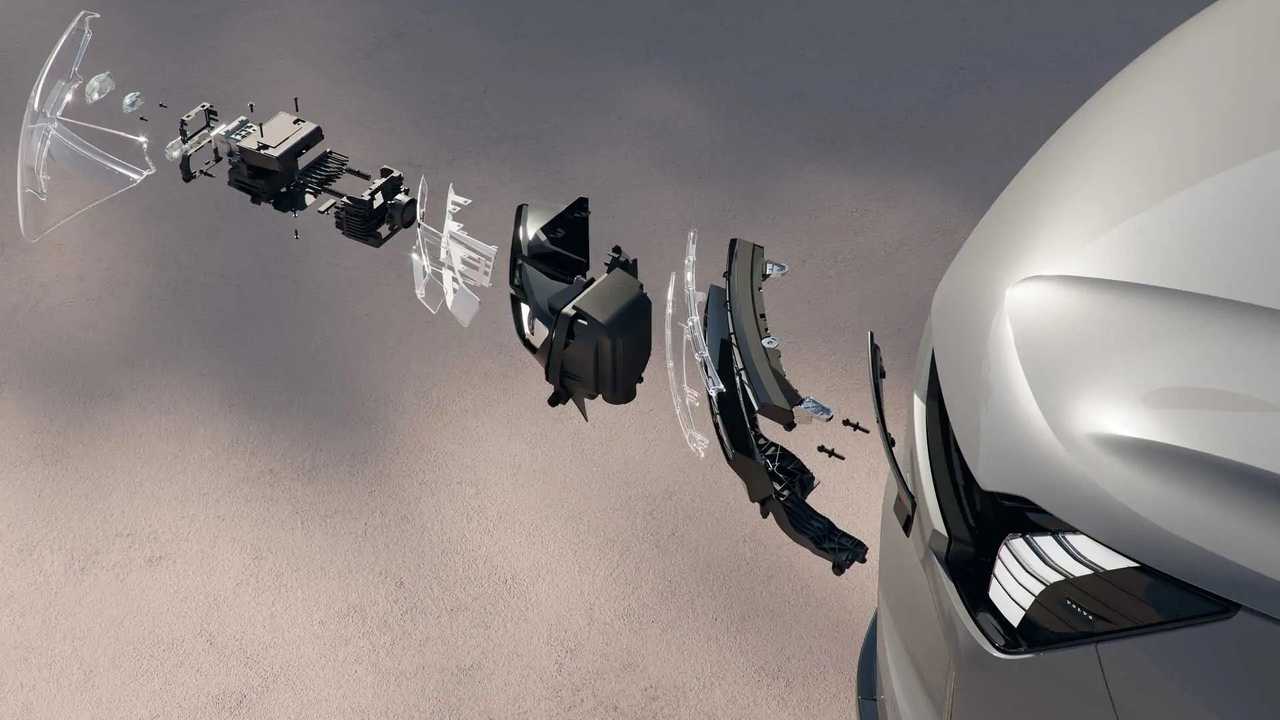 We’ve already seen the EX90’s ultra-minimalist dashboard, but we now get to see it in the context of the rest of the interior, and just like the exterior, it feels like an evolution of what Volvo has been doing in recent years. If you were to cover up the badges, you would probably still instantly recognize this as a Volvo interior…

The focal point is the 14.5-inch portrait-style infotainment display, where all the vehicle’s functions are concentrated. It even appears as if Volvo has relocated the hazard light warning button to the screen, as it appears on the bottom bar and nowhere else in physical form. According to Jim Rowan, CEO of Volvo,

The Volvo EX90 is our vision of a large family SUV in the electric age. Born electric and software-defined, it demonstrates what future Volvo cars will stand for in terms of safety, tech, sustainability, design and creating a more personal experience for every customer.

Volvo didn’t share too many technical details, regarding battery technology, capacity, range and performance. It will feature some of the world’s most advanced driver assistance and safety aids, the Plug and Charge system (that allows you to just plug into chargers that support this system and everything is taken care of automatically) and an advanced mobile app that will allow the user to control more parameters than ever before.

It also features bi-directional charging, which basically means you will be able to use the vehicle to power devices and even your home. The manufacturer notes that it won’t offer this feature in all markets, but we presume Europe and the US will get it. The EX90 also has 5G internet capability, helping the infotainment run smoothly and look fluid, allowing for virtually instant streaming where 5G is available.

We’ll have more information from the EX90’s official unveiling in Stockholm where we’ll be present and asking questions.