Here is a very interesting drone flyover of the Tesla Gigafactory 1 in Nevada, which besides its core production (2170-type cylindrical cells and energy storage systems), is also engaged in other products, including the Tesla Semi.

The video shared by Sawyer Merritt, a well-informed Tesla supporter, reveals the site as of January (we don’t know the exact date).

In the beginning, we can see more than 200 Tesla Megapack energy storage systems (worth close to $300 million), which is a bit less than in December (240 units), according to Sawyer Merritt. Overall, the Megapack production appears to run full swing (a few GWh per year), but in the longer term, the company needs a separate plant with an output of 40 GWh per year.

The roof of the main buildings is mostly covered with solar panels and there are thousands of employee cars in the parking lot.

At about 1:15, we can see the Tesla Megacharging station at the back of the site. The video description explains that the four stalls, first discovered in late 2021, “have been fully installed” and that the peak power output is up to 1.5 MW.

However, there is no info on what would be the peak with multiple vehicles charging simultaneously.

This type of charging infrastructure is envisioned for the Tesla Semi heavy-duty electric truck.

The next thing (at about 3:00) is the “Tesla Semi Factory” – a new building, located about 2 miles down the road from the main Tesla Gigafactory 1 plant. It’s accompanied by a few other similar buildings that, as far as we know, are used by Tesla and other companies (see Google Maps image below). 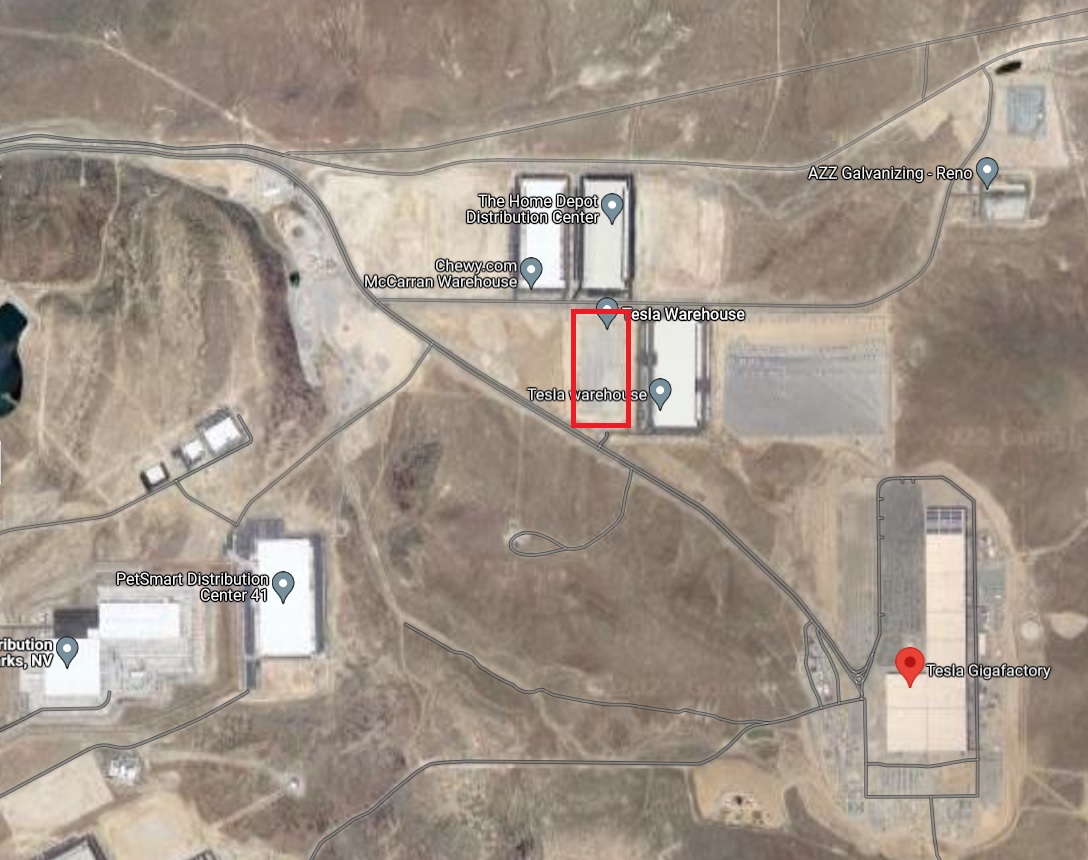 This is the place where two Tesla Semi vehicles were seen earlier this month. According to Sawyer Merritt, this is the facility that produces the Semi at a limited scale:

At this point, it’s  too early to confirm that this is the ultimate place for series-production of the Tesla Semi. The assignment has not been officially announced yet.