Well, once you proceed forward, nothing can stop you if you’re on ice.

Here is a short but very telling video about an unfortunate endeavour of a Tesla Model 3 somewhere in Glasgow, Scotland (reportedly the steep Blythswood Street).

As we can see, beside the steep slope, there was an unforgiving ice under the snow, which means that it was mission impossible from the beginning. Even snow tires will not save a car in such circumstance.

The driver, after a short while for consideration decided to proceed. Then he seems to be totally surprised and helpless as there is no sign of much fight to actually move to the right to avoid a parked car. We guess that he initially just pressed the brake and turned the wheel, which probably determined the outcome. Easy to say, but maybe accelerating would be better? What do you think about it, was there a chance? 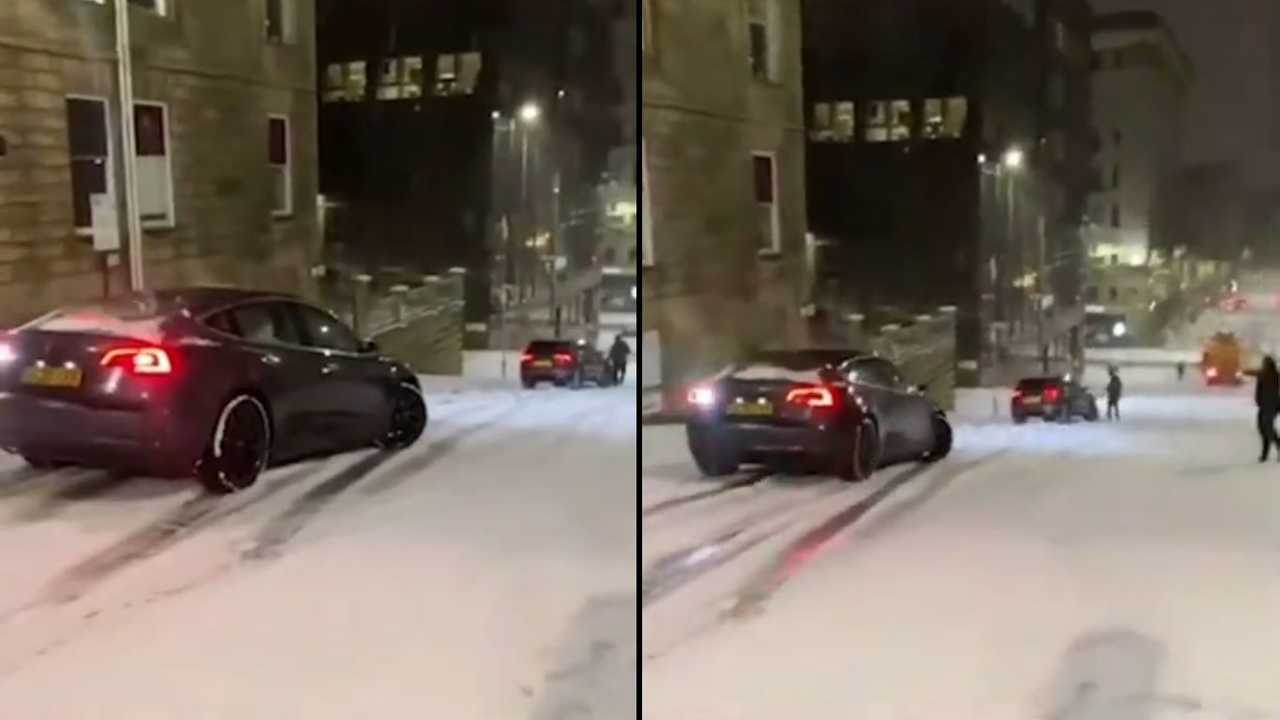 Anyway, attempt failed. Unfortunately, another car was damaged too, and as the weather is bad, you can’t even easily get help.

According to British media, it was not the last car that ended in a similar way, smashing into the same parked car.