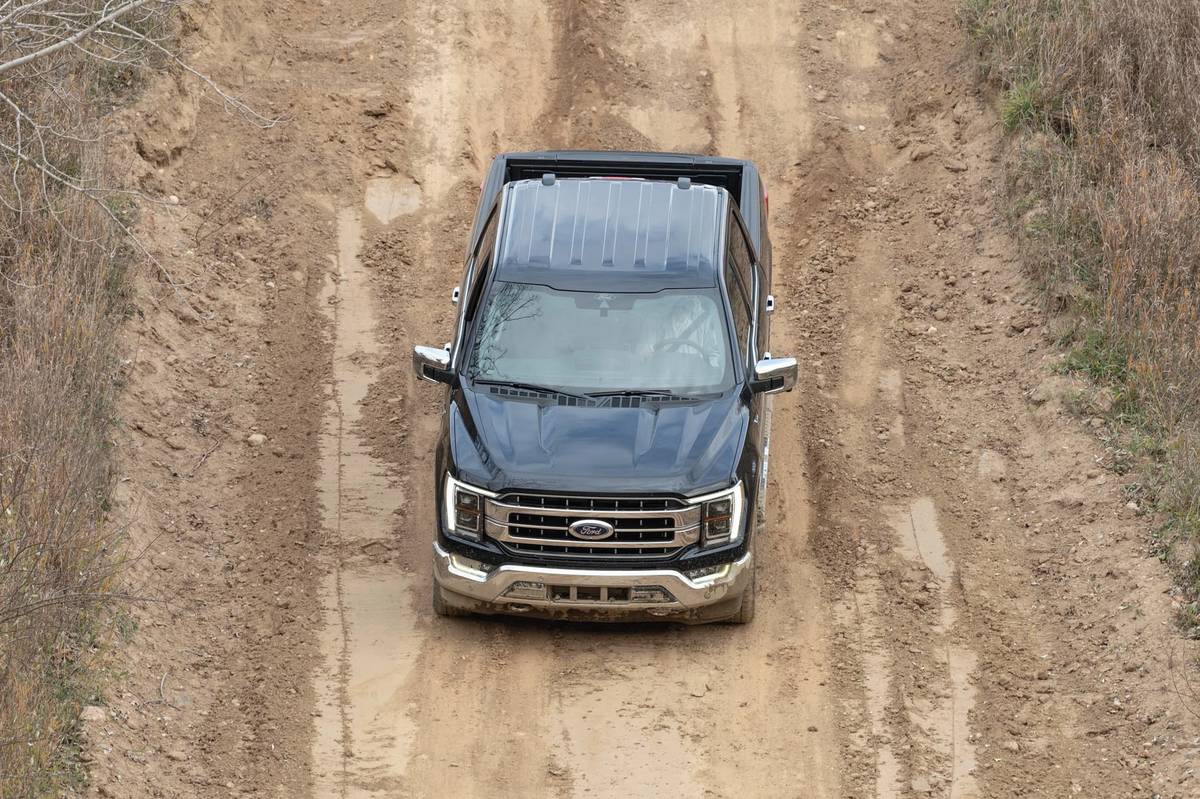 Pickup trucks accounted for about 20% of new-vehicle sales in 2020, according to data from automotive analyst IHS Markit, and truck manufacturers will keep trying to gain a competitive edge with new models and features. The market will soon get new players that will bring more innovations, such as the electric Tesla Cybertruck and Rivian RT1.

Here are the highlights and significant changes for model-year 2021 pickups and previews of some coming attractions:

Chevy’s full-size pickup adds the six-function Multi-Flex Tailgate as an option for 2021. Previously it was only available on the GMC Sierra corporate twin, where it’s called MultiPro. Towing capacity increases by 2,500 pounds on two-wheel-drive crew cabs with the turbocharged 2.7-liter gas engine and by 1,900 pounds on most configurations with the turbo-diesel 3.0-liter. The price of the six-cylinder turbo-diesel falls by $1,500 to $995 more than a 5.3-liter gas V-8.

New camera technology for trailering includes a trailer-length indicator and a jack-knife alert, among other enhancements.

The F-150, America’s favorite truck, is redesigned for 2021 with evolutionary styling changes, a more luxurious interior and a new hybrid-electric powertrain option.

Six engines are available, including three gas V-6s (two are turbocharged), a turbo-diesel V-6, a gas V-8 and the new turbo 3.5-liter V-6 hybrid. The hybrid is available with rear- or four-wheel drive, and all engines come with a 10-speed automatic transmission.

Among other new features are an optional 12-inch touchscreen and the Pro Power Onboard generator, available in three power levels. Ford isn’t done making changes to the F-150: an all-electric model is due in 2022.

GMC will revive the Hummer name and take it in a new direction with the Hummer EV, a battery-electric pickup due in late 2021. The initial model, the Edition 1, will have 1,000 horsepower, a range of about 350 miles and a $112,595 price tag (the early production run is already sold out).

Available features will include four-wheel steering and CrabWalk, which will allow the truck to move diagonally at low speed. Less expensive models will arrive over the next three years, but none will be cheap. GMC says the base model will have 625 hp and a starting price of $79,995.

The Sierra, a ritzier version of the Chevrolet Silverado, gets the same camera technology enhancements for trailering as its twin, including a new trailer-length indicator and jack-knife alert.

The Ridgeline has new styling from the front roof pillars forward, standard all-wheel drive and a higher base price for 2021 of $37,665, including the destination charge.

Base price of the 2020 Ridgeline with front-wheel drive was $35,075, so the switch to standard AWD elevates the starting price by $2,590. Honda, though, dropped front-wheel drive because there were few takers.

A 260-hp, turbo-diesel 3.0-liter V-6 with 442 pounds-feet of torque and full-time four-wheel drive are new options for the Gladiator’s second season.

The diesel boosts the EPA’s combined city-highway estimate to 24 mpg, 5 more than the standard gas V-6, but costs an extra $4,000.

A redesigned Frontier is supposed to be revealed Feb. 4 as a 2022 model — finally. The last redesign of this mid-size pickup was in 2005, the year that George W. Bush started his second term as president.

While we do not have official specifics about the 2022 model, there are reports that it will use the 3.8-liter V-6 engine and nine-speed automatic transmission that debuted for 2020.

The Ram 1500 adds a pavement-melting TRX model with a 702-hp, supercharged V-8, and the heavy-duty 3500 series noses ahead of its rivals in two key measurements. Torque for the turbo-diesel 6.7-liter Cummins rises to 1,075 pounds-feet, and gooseneck towing capacity inches up to 37,100 pounds, both best-in-class numbers.

The R1T is a crew cab that fits between full-size and mid-size pickups. Features will include four electric motors, all-wheel drive and an air suspension. Rivian says it will add a 400-mile-range version the following year (the EPA has not certified the range of the R1T as of this writing).

Some automotive startups fail to deliver on promises because they’re underfunded, but Rivian has raised $8 billion in capital in a little more than a year and is working with Amazon to develop an electric delivery van.

The battery-electric, stainless-steel Cybertruck could go on sale by the end of 2021, but recent reports indicate that 2022 is more likely.

Though Tesla might tweak the styling and specs before production starts, the “Blade Runner”-inspired styling is likely to remain largely intact.

Tesla says there will be single-, two- and three-motor models, with the most powerful setup capable of 0-60 mph in 2.9 seconds. Driving ranges will be between 250 and 500 miles. The payload capacity will top out at 3,500 pounds and towing capacity at more than 14,000 pounds.