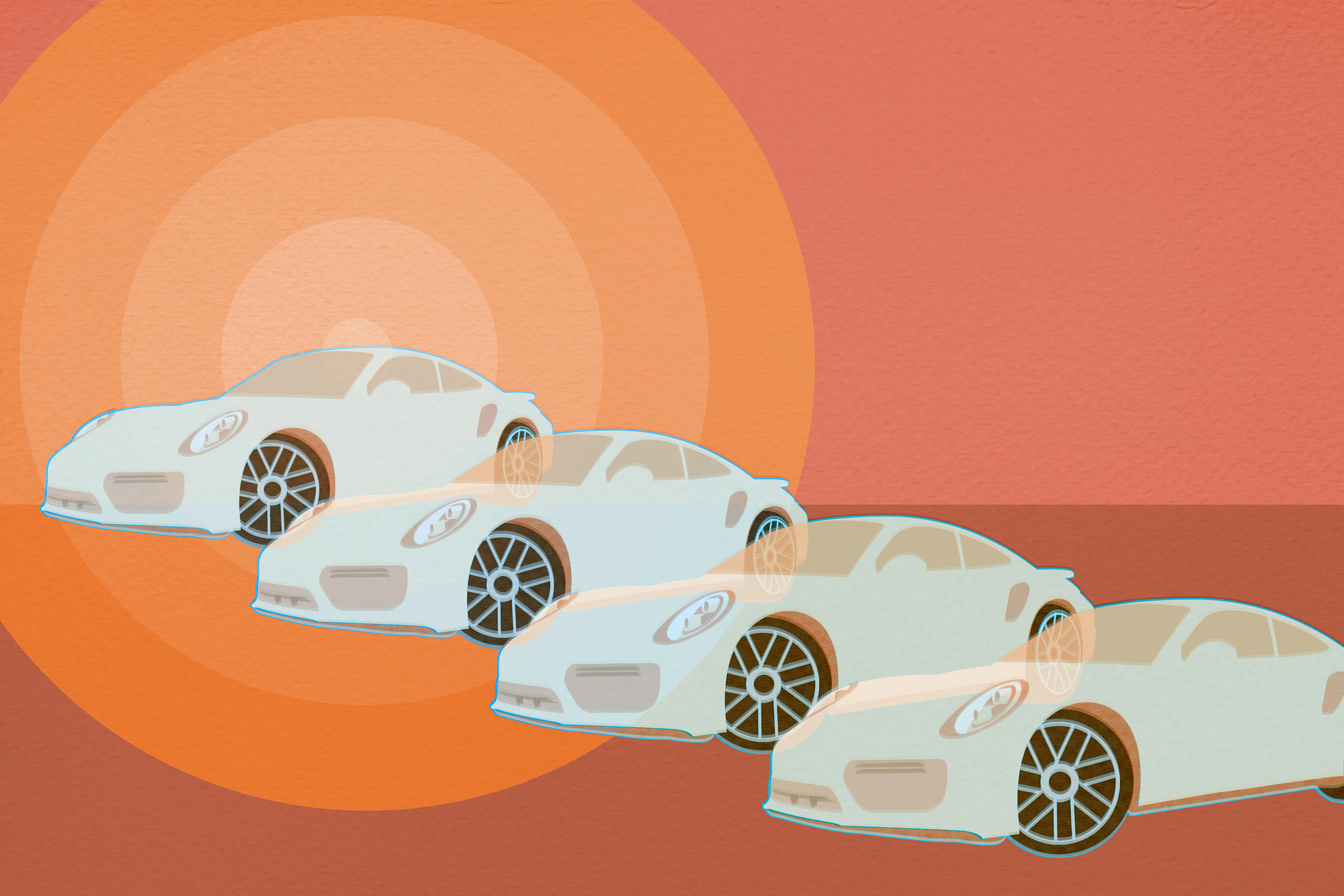 If recent guidance from health officials has you leery of public transportation or ride-sharing amid new spikes in COVID-19, a personal vehicle can potentially reduce such risk, but finding a deal on that vehicle is another matter entirely.

Related: Cars.com 2020 American-Made Index: Which Cars Are Most American?

July is historically an unremarkable month for discounts, ranking in the middle third of months for each of the past seven years when comparing new-car incentives, per Motor Intelligence. Still in the thick of the 2020 model year, which accounts for 93% of new-car inventory on Cars.com as of this writing, dealers neither feel the squeeze of an incoming model year nor find a glut of cars from the outgoing model year. Complicating matters, J.D. Power notes that incentives spending has tapered in May and June after automakers flooded the market with deals in April to prop up COVID-hampered sales.

Still, with the ongoing pandemic hampering consumer demand, new-car sales are coming off a dour second quarter — down 34% for the vast majority of the industry, per Automotive News — and incentives remain readily available. We scoured the market’s slowest sellers among popular nameplates last month to find the best deals in July. Here are some discounts we spied, all of which expire Aug. 3. 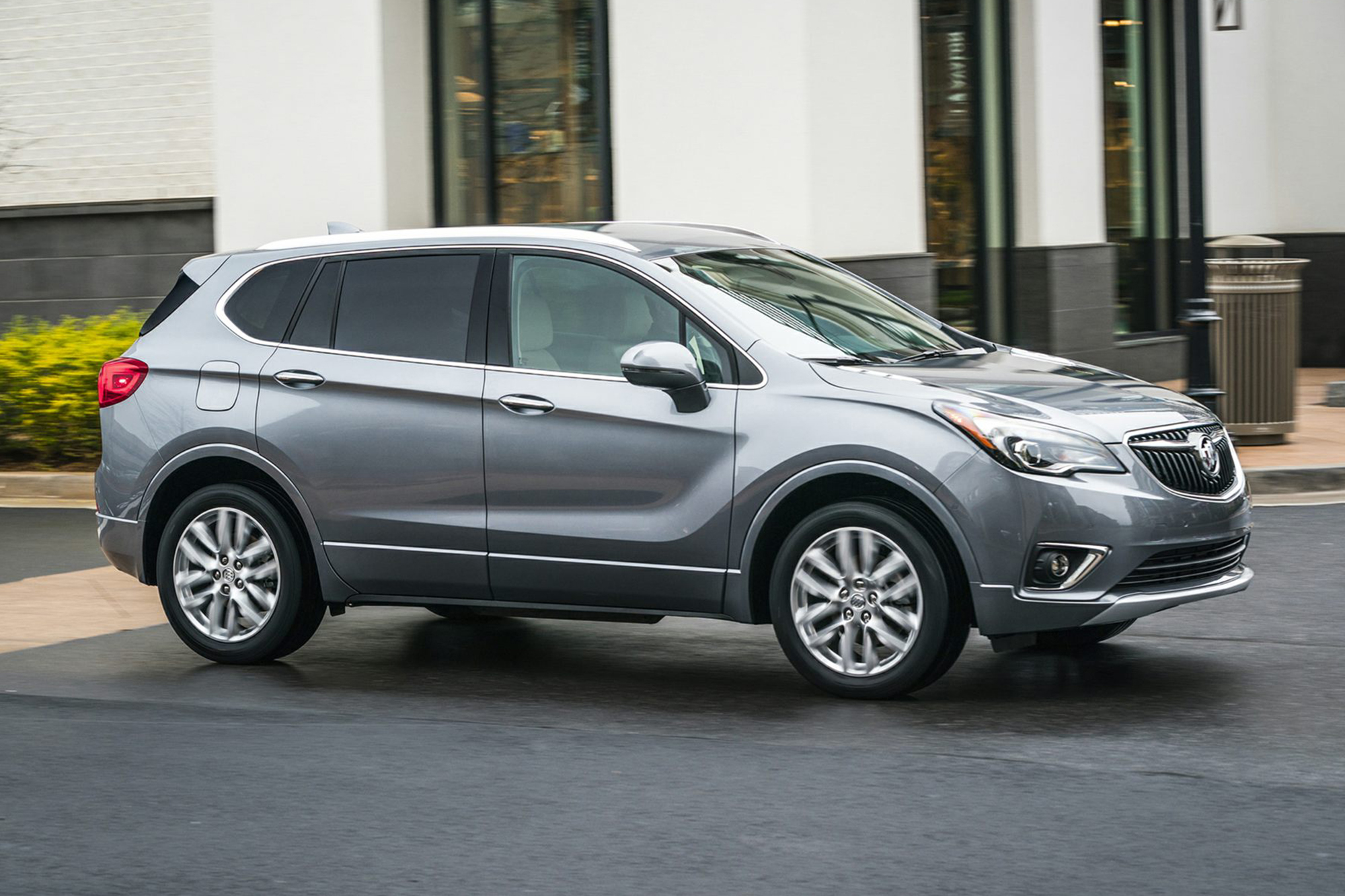 Employee pricing returns to GM’s semi-luxury brand, with $6,794 off Buick’s well-equipped example of the 2020 Envision SUV, an all-wheel-drive Premium trim priced around $45,000. That works out to some 15% off. If employee pricing exacts the same percentage off all Envision trims, that could amount to an SUV that ranges from roughly $30,000 to $45,000 after discounts, depending on trim levels and factory options.

Of course, that’s a big if. Asked for more information on the Envision’s employee pricing, a GM spokesperson did not immediately respond. But the 2020 Envision averaged 103 days to sell through most of June, far exceeding the industry’s 87-day average for all model-year 2020 vehicles. Whatever the employee price, dealers should be motivated to strike a deal. That said, those looking alternately for discount financing may find nothing doin’. Buick didn’t advertise any discount rates in the markets we surveyed. 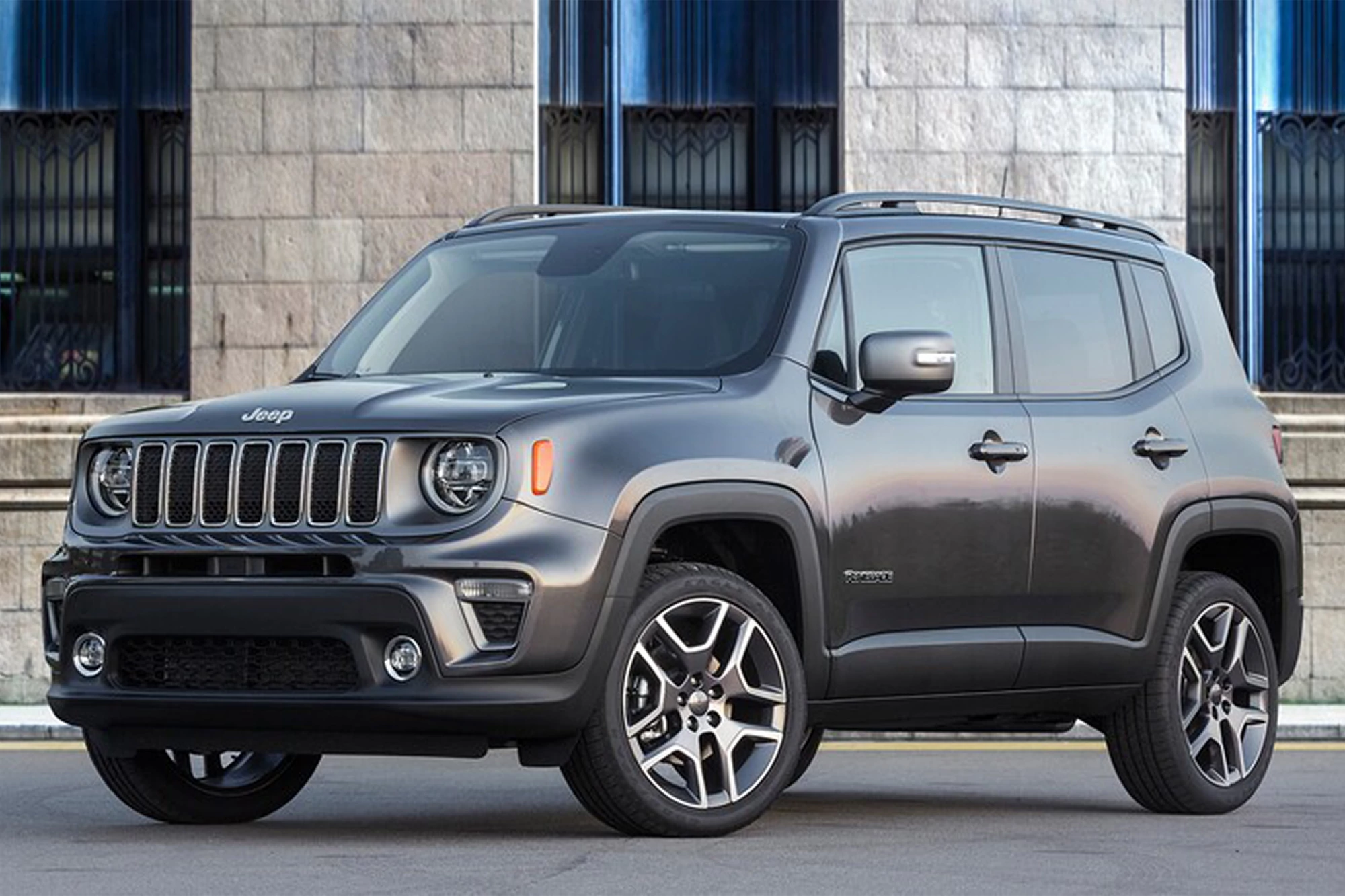 Jeep’s smallest SUV has some of the brand’s largest percentage discounts, with $3,000 to $4,500 in cash discounts depending on region and trim level. That amounts to roughly 8-19% off, depending where and what you buy. It’s a hefty discount at the high end, which is no surprise for an SUV that averaged 108 days on dealer lots through most of June. Those who finance at standard rates with Jeep parent Fiat Chrysler Automobiles can get another $750 off. In lieu of cash discounts, FCA is offering creditworthy shoppers 0% financing for up to 72 months, or 0% for up to 60 months with $750 to $2,250 in bonus cash, depending on region, trim level and if you’re financing through FCA. 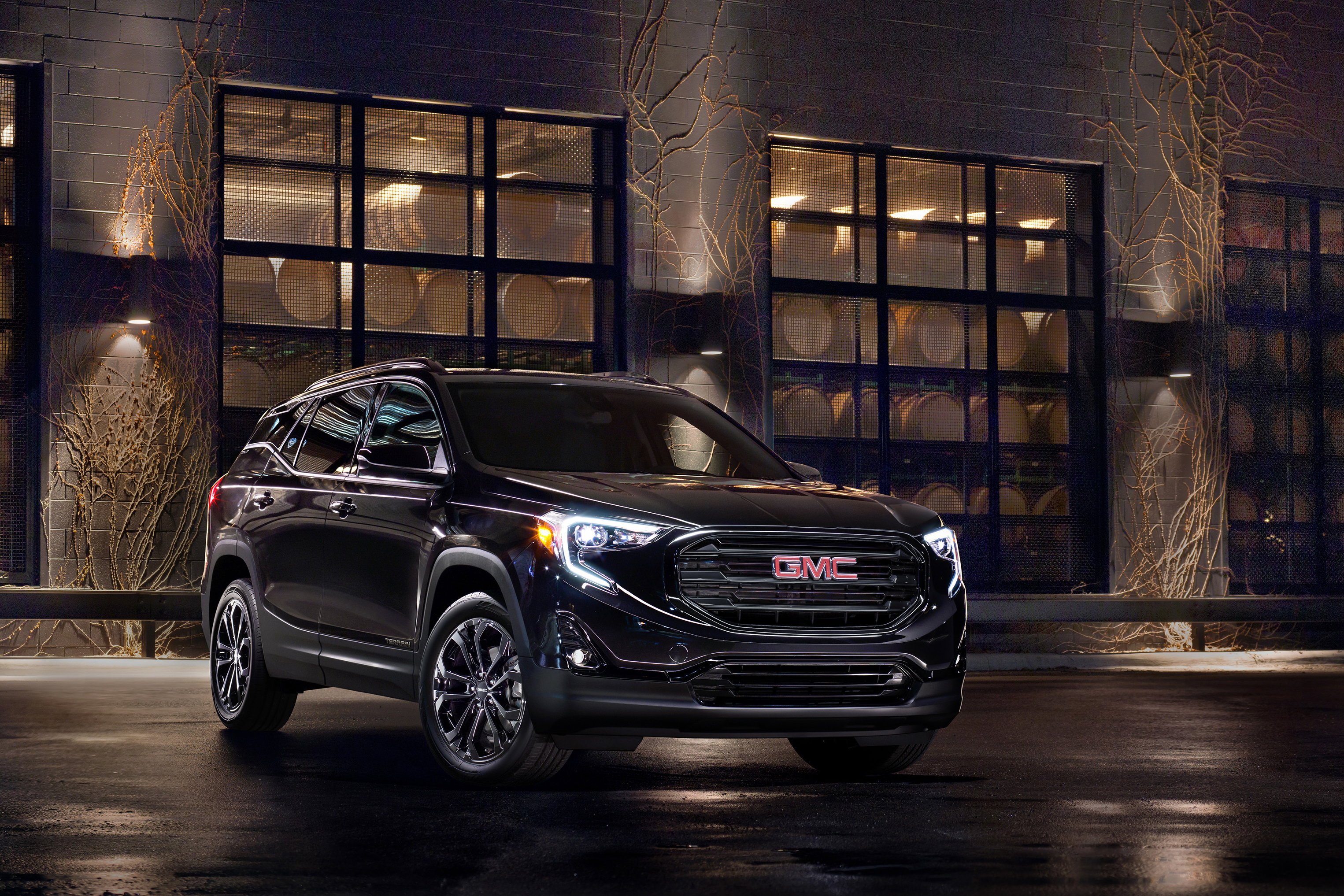 GMC, another GM brand, also sports employee pricing. Although the cost structure of such pricing on the Terrain SUV wasn’t immediately clear, GMC’s advertised example — a Denali edition priced at $43,825 — had a hefty $6,860 discount under the program. That amounts to around 15% off. GMC noted that employee pricing doesn’t apply to the Terrain’s base trim level, called the SL, but if other trims qualify for a similar percentage discount as the advertised Denali, it could mean the Terrain’s non-SL trim levels (those being SLE, SLT and Denali) would span roughly $25,000 to $41,000 after discounts, depending on features and trim levels.

Again, a GM spokesperson did not immediately respond when asked for more details on the Terrain’s employee pricing. GMC did not advertise any discount financing in the markets we surveyed, but the Terrain averaged an interminable 142 days at the selling dealer through most of June. That’s a timeframe that suggests dealers will jettison the SUV at any opportunity. Strike a deal while you’re able. 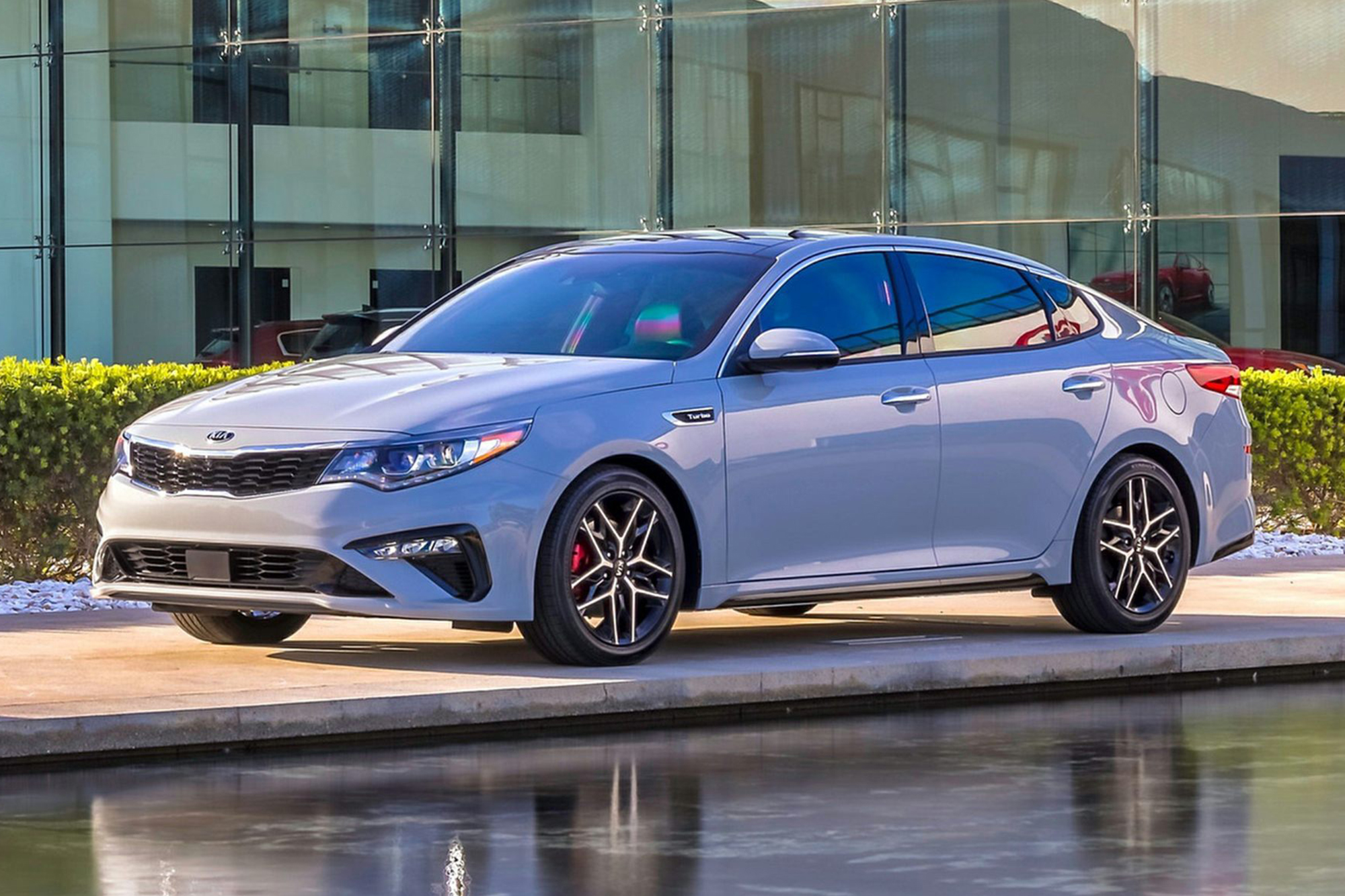 Kia’s mid-size sedan languished on dealer lots 96 days through most of June, and while it’s not a huge surprise to see it make our deals story again this month, it may be worth your while to look a little closer than usual if the Optima is on your shopping list: In addition to slow sales and sedans being very much out of vogue right now, Kia announced at the tail end of June that the Optima is being replaced for 2021 by the brand-new K5 (granted, it’s just a rebadging of the Optima with its South Korean name). With K5s due to hit the lots starting this summer, dealers may be eager to clear out their Optima inventory. Factory discounts are $3,500 off for the LX and Special Edition trims, and $4,000 for the S, EX, EX Premium and SX trim levels. If you’re in pursuit of discount financing, creditworthy shoppers can get 0% for up to 72 months.

We focus on cars new to the list or ones we haven’t highlighted in the past few months. But a few cars from recent months still carry deep discounts in July:

How We Look for Deals

To look for July deals, we looked at days-to-sell data among the 100 bestselling models in June — specifically June 1-28, the window we gathered the data — which measures how long it takes on average for the selling dealer to move a given car. That illustrates slow sellers, cars on which dealers could be more willing to cut a deal. Then we looked at factory cash discounts and low-interest-rate financing offers that are especially high for the price of the car. After all, $3,000 is a lot more on a Ford Escape than a Ford Expedition.

We lead with cash deals available to shoppers at large, not those that require financing with the automaker or having certain qualifications (e.g., military or college-graduate discounts, loyalty or conquest bonuses, etc.). In calculating the overall percentage discount and pricing after incentives, we focus on the vehicle’s price range from the cheapest incentives-eligible trim level with no factory options to the priciest eligible trim with all factory options. We include the destination charge in such pricing, but we exclude a few other items: taxes and fees, which vary considerably by region, and dealer accessories, which vary considerably by automaker.

Incentives data come from automakers’ websites, while days-to-turn data come from Cars.com inventory. Remember, our numbers are current as of publication for the markets we survey (generally Atlanta, Chicago, Denver, Houston, Los Angeles and New York). They reflect advertised customer discounts, not unadvertised factory-to-dealer cash. Discount financing typically requires qualifying credit, too, and incentives may vary by region and trim level; automakers may also change them later in the month. In sum: Your discounts may vary, so check with your local dealer for specifics.