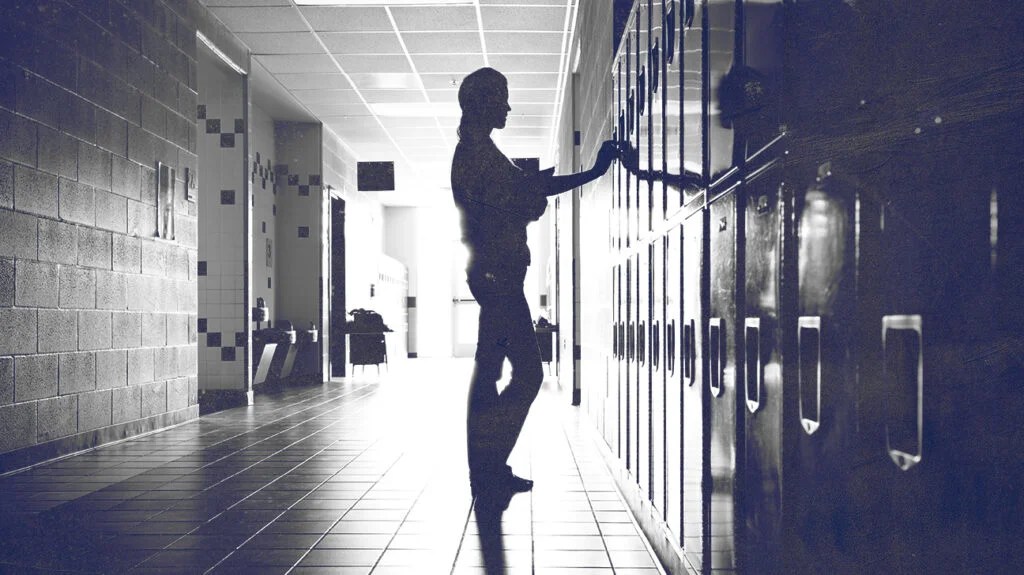 A new study investigates the effects of universally screening students for depression in schools. The researchers conclude that this screening is a more successful approach than simply relying on teachers to report behavior that might indicate depression.

The study, which appears in the journal , offers a new way to respond to the significant rise in depression in U.S. adolescents since 2008.

According to the , depression is a common but serious mood disorder that can have profound negative effects on quality of life.

The symptoms vary among individuals but can include:

Depression is a condition that can affect people of different ages, including adolescents. According to the , in 2019 — the most recent year for which data are available — 15.7% of adolescents in the U.S. had at least one major depressive episode.

In 2009, the Preventive Services Task Force suggested that primary care services should screen all adolescents for depression. However, this has not been achieved in practice.

The researchers behind the present study note that there are significant disparities in who is able to access primary healthcare, with more than 60% of adolescents not receiving routine preventive healthcare. There are also inequalities based on region and inequities due to race and ethnicity.

Schools can be a good place to identify adolescents who may be experiencing depression, as most adolescents attend school.

Schools in the U.S. currently universally screen for some physical health problems. However, mental health issues such as depression depend on the staff at schools flagging behavior that may suggest depression to the relevant services.

In the study, Dr. Sekhar and her colleagues wanted to see whether universally screening for depression in schools would result in the identification and treatment of more students with possible depression compared with a targeted model.

According to Dr. Sekhar, “Our study is publishing at a time when more adolescents are reporting symptoms of depression.”

“From 2008 to 2018, the numbers increased by over 70% from 8.3% to 14.4%. During the pandemic, concerns about increasing student depression have been widespread. Suicides, which are often associated with mental health conditions, are now the second leading cause of adolescent death,” said Dr. Sekhar.

The study, known as Screening in High Schools to Identify, Evaluate, and Lower Depression (SHIELD), took place between November 6, 2018, and November 20, 2020, in public high schools in Pennsylvania.

A total of 12,909 students from 14 different high schools took part.

Staff members continued to flag students in the other grades if and when they noticed depression-related behavior. They were also able to use this conventional method for students who were undergoing universal screening.

The students who underwent universal screening filled in the Patient Health Questionnaire-9 — a well-established questionnaire for screening depression. They did this electronically during school hours.

During the study, 1,226 students — 9.5% of the study participants — met the criteria for major depressive disorder. Of these, 1,026 came from the universal screening group, with the remaining 200 coming from the group undergoing the usual targeted screening.

After an initial assessment from student support staff, 233 students from the universal screening group warranted a follow-up, and 80 of these individuals went on to begin treatment.

In comparison, 64 of the targeted screening group warranted a follow-up, with 35 beginning treatment.

“Screening should not be done unless you know that intervening for identified students is effective and [you also] have the capacity to intervene,” said Dr. Sekhar.

“Take vision screening — we know glasses can help kids who can’t see well, but it would not make any sense for a school district to screen if there was no way for identified students to get glasses.”

The researchers plan to further their work. Dr. Sekhar said to MNT that “[o]ur next step is to consider how we can best support schools with an interest in universal screening to successfully implement this practice.”

In an on the research, Dr. Sisi Guo, from the Semel Institute for Neuroscience and Human Behavior at the University of California, Los Angeles, and Dr. Grace Bai Jhe, from the Division of Adolescent/Young Adult Medicine at Boston Children’s Hospital, noted the significance of the research while also identifying further questions that need answering.

For Dr. Guo and Dr. Jhe, future research could explore the extent to which universal screening can identify adolescents with subclinical symptoms. It could also investigate whether students that universal screening procedures identify continue to engage with treatment after the first session.

Dr. Guo and Dr. Jhe also highlighted that while universal screening may be effective in identifying adolescents with major depressive disorder, schools need to be well-funded and resourced to be able to respond to this information.

As they write, “both longstanding and newfound, more equitable funding and policies are necessary to ensure that staff are adequately trained, and schools remain accessible to all youth.”