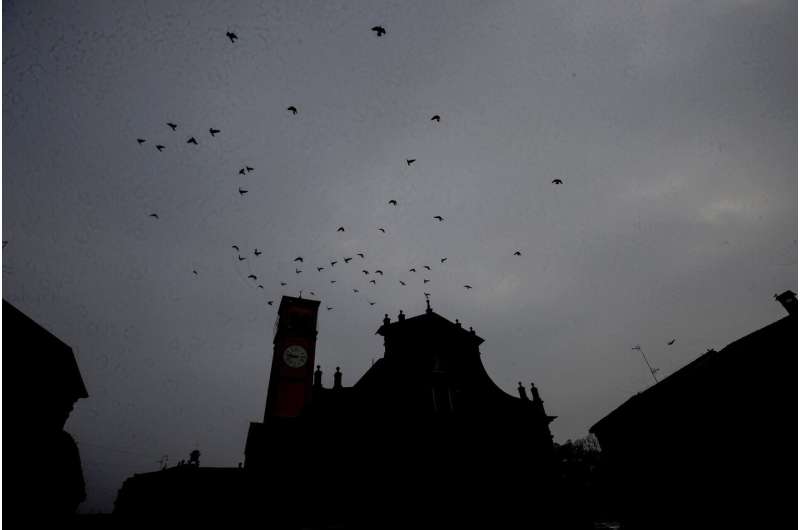 topamax and leg pain Sunday, Feb. 21, 2021. Italians are marking one year since their country experienced the first known locally transmitted COVID-19 case in the West. With church services Sunday and wreath-laying ceremonies, including in small northern towns which were the first to be hard-hit by the pandemic, residents paid tribute to the dead. (AP Photo/Luca Bruno)” width=”800″ height=”530″>

With wreath-laying ceremonies, tree plantings and church services, Italians on Sunday marked one year since their country experienced its first known COVID-19 death.

Towns in Italy’s north were the first to be hard-hit by the pandemic and put under lockdown, and residents paid tribute to the dead. Italy, with some 95,500 confirmed virus dead, has Europe’s second-highest pandemic toll after Britain. Experts say the virus also killed many others who were never tested.

While the first wave of infections largely engulfed Lombardy and other northern regions, a second surge starting in the fall of 2020 has raced throughout the country. The number of new coronavirus infections has remained stubbornly high despite a raft of restrictions on travel between regions, and in some cases between towns. In addition, gyms, cinemas and theaters have been closed and restaurants and bars must shut early in the evening. There’s a 10 p.m. to 5 a.m. nationwide curfew.

It was in the hospital at the Lombard town of Codogno where a doctor recognized what would go down in medical history as the first known COVID-19 case in the West in a patient with no links to the outbreak in Asia, where coronavirus infections initially emerged. The diagnosis was made on the evening of Feb. 20, 2020, in a 38-year-old otherwise healthy, athletic man. 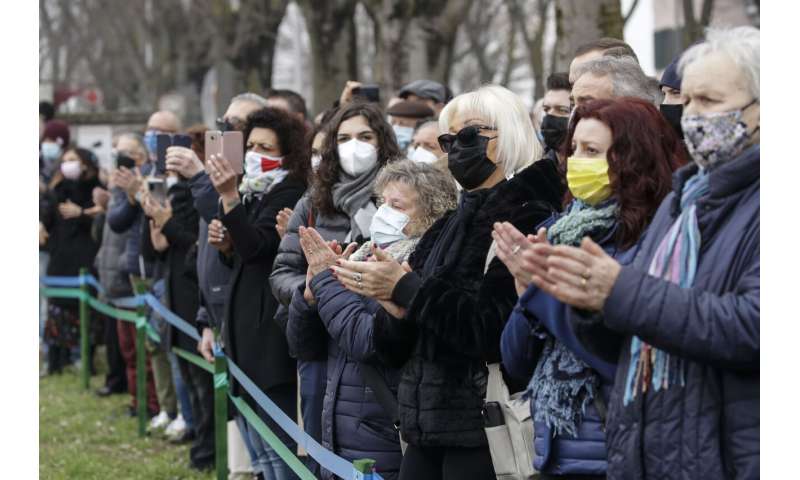 Near the Red Cross office in Codogno on Sunday, Lombardy’s governor and the town mayor attended a ceremony to unveil a monument to COVID-19 victims. The memorial consists of three steel pillars, representing resilience, community and starting over. A wreath was laid, and townspeople stood in silence to honor the dead.

“Panic, total panic,” was how one of Codogno’s 15,000 residents, Rosaria Sanna, on Sunday remembered what she felt at the start. And a year later “I am still scared because it is not over yet.”

Some of her fellow townspeople lit candles during morning Sunday Masses in Codogno’s St. Blaise Church.

The Codogno hospital patient survived, after being transferred to another hospital and spending weeks on a respirator.

But it was in the northeastern town of Vo, in the neighboring Veneto region, where Italy’s first known COVID-19 death was registered on Feb. 21, 2020. 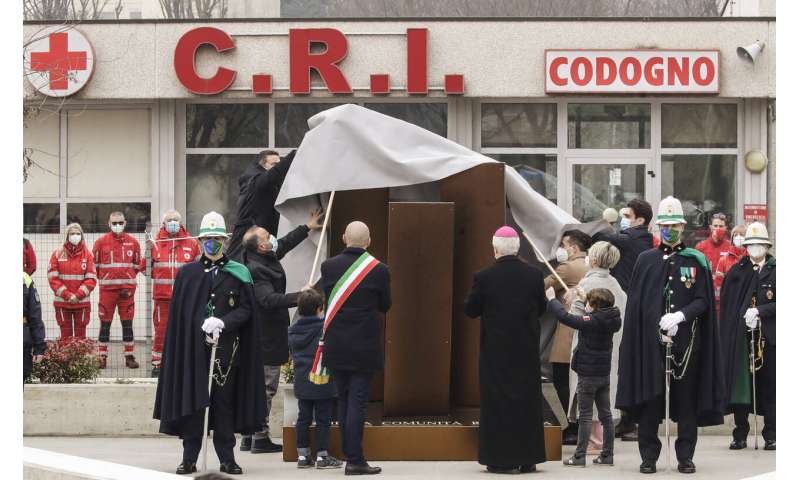 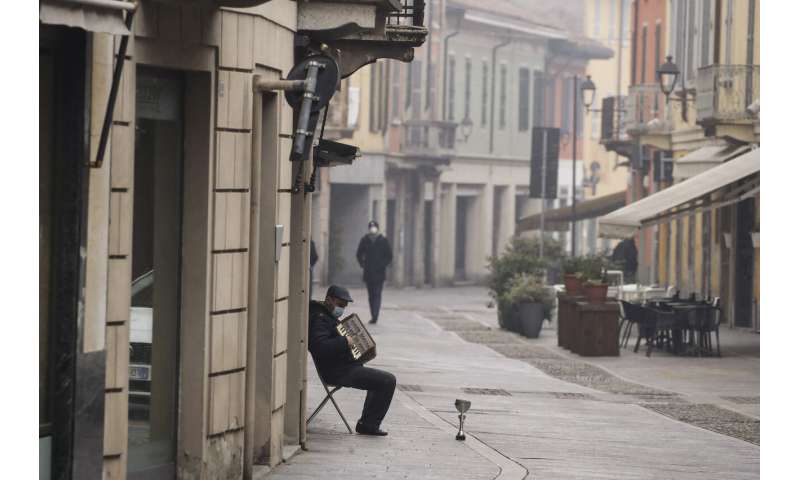 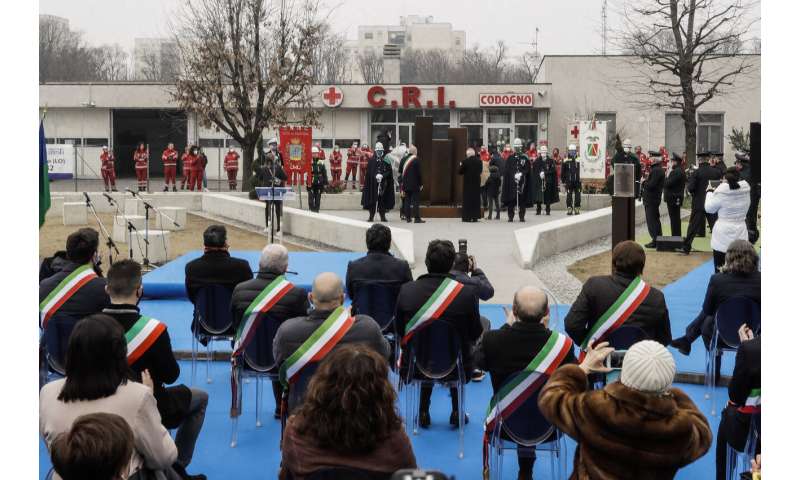 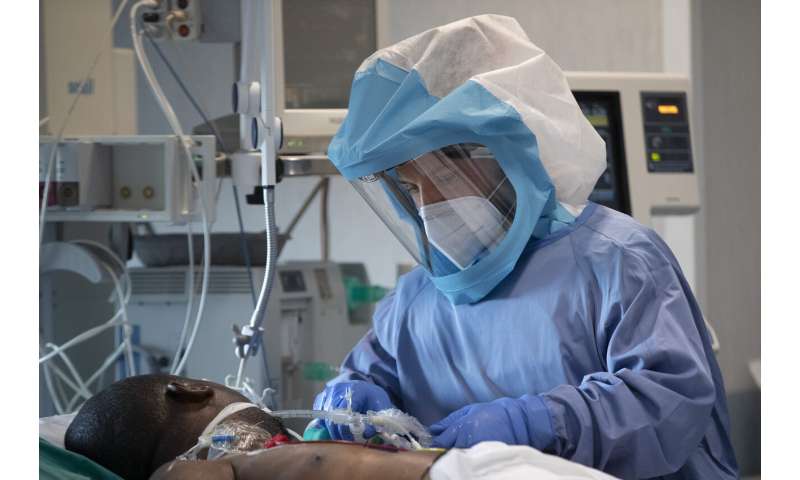 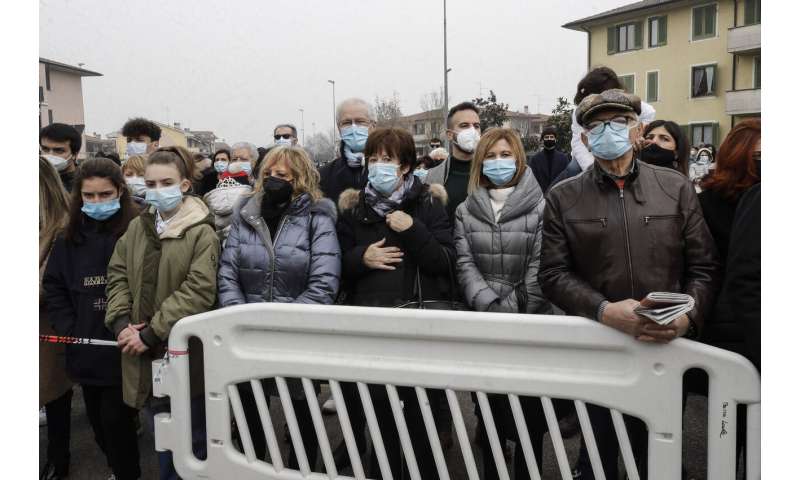 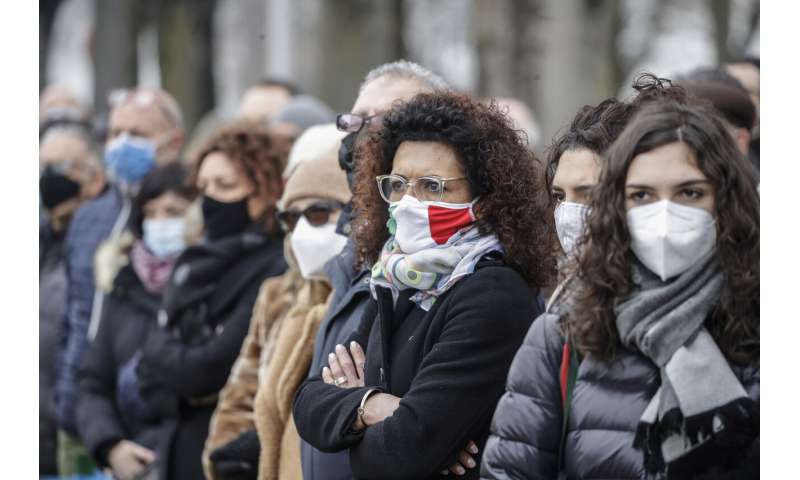 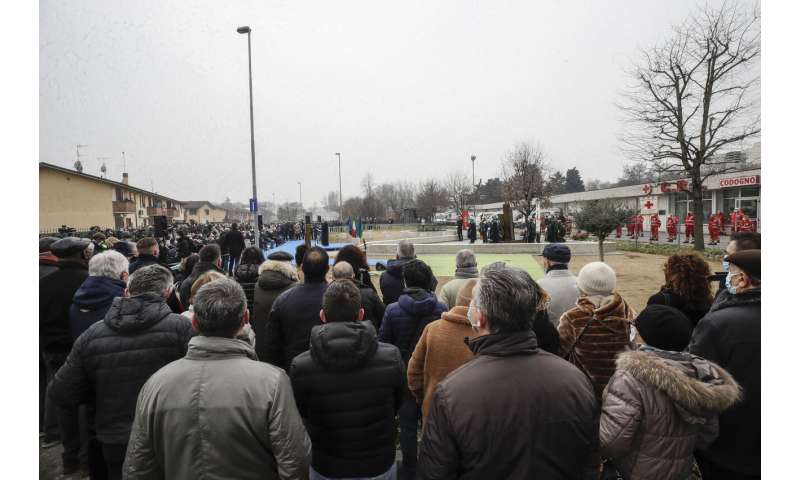 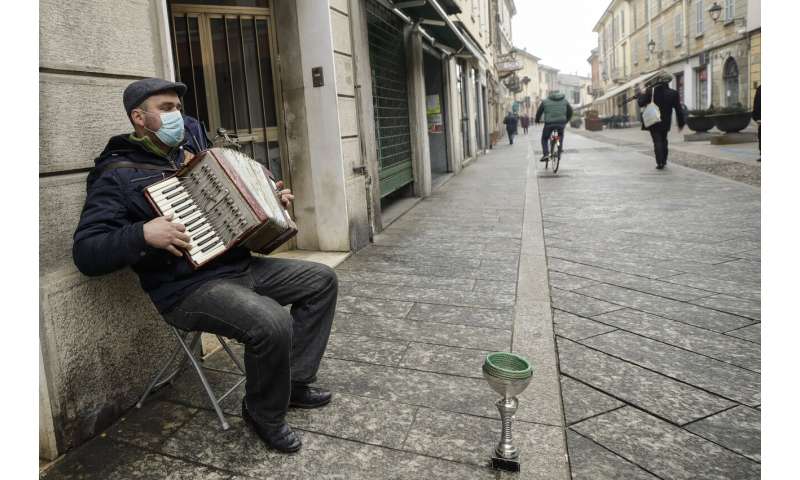 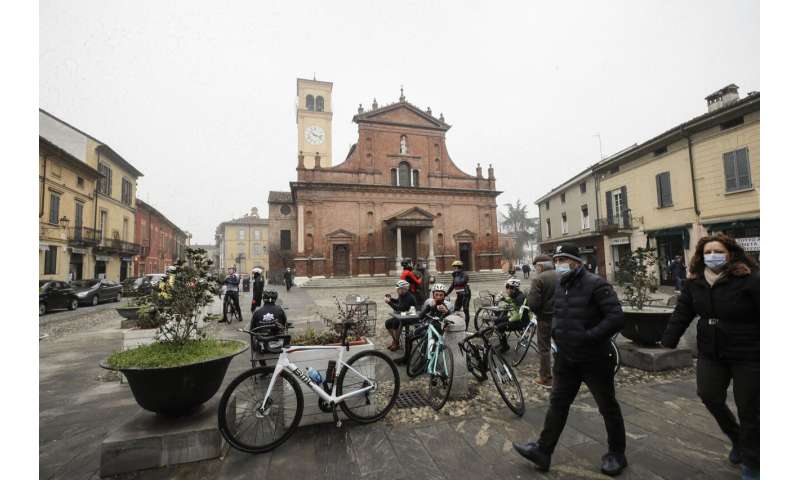 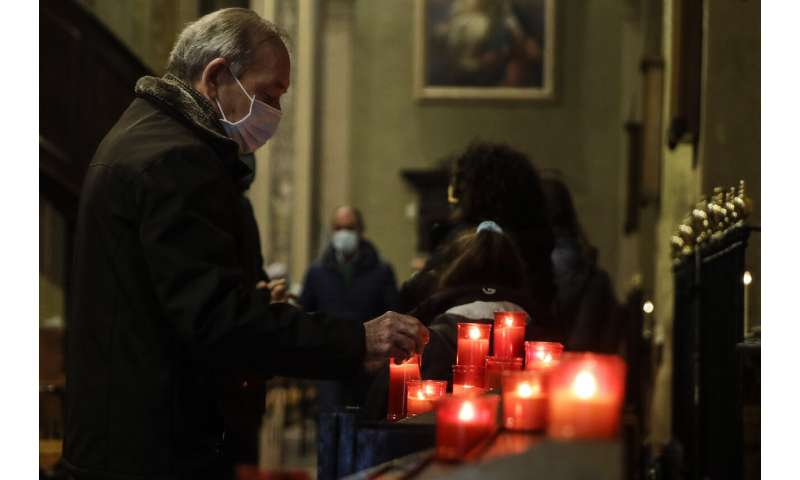 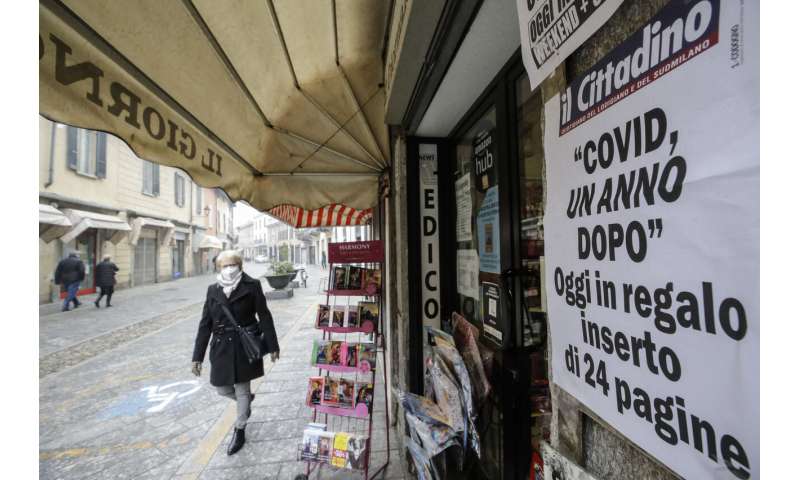 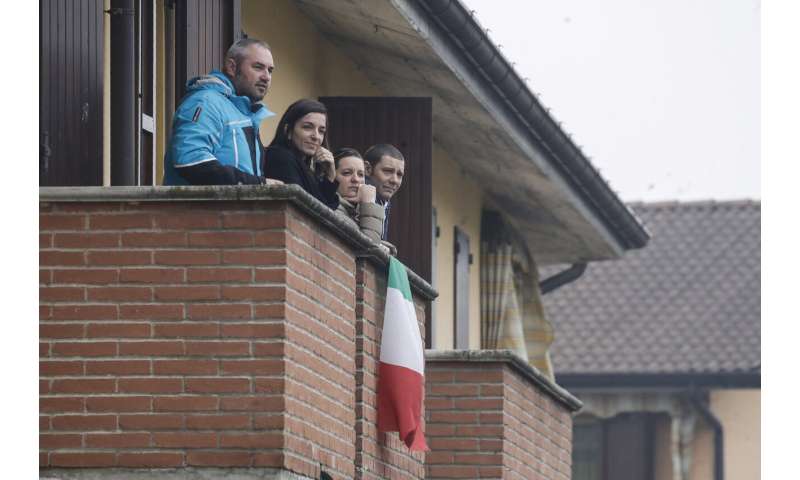 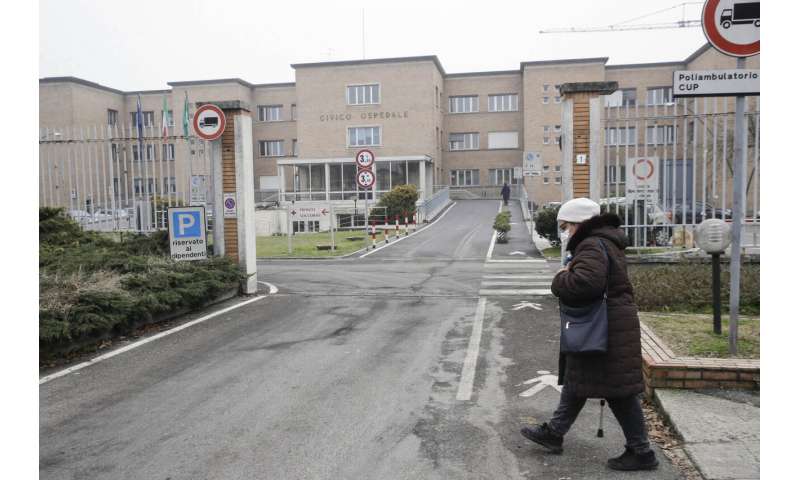 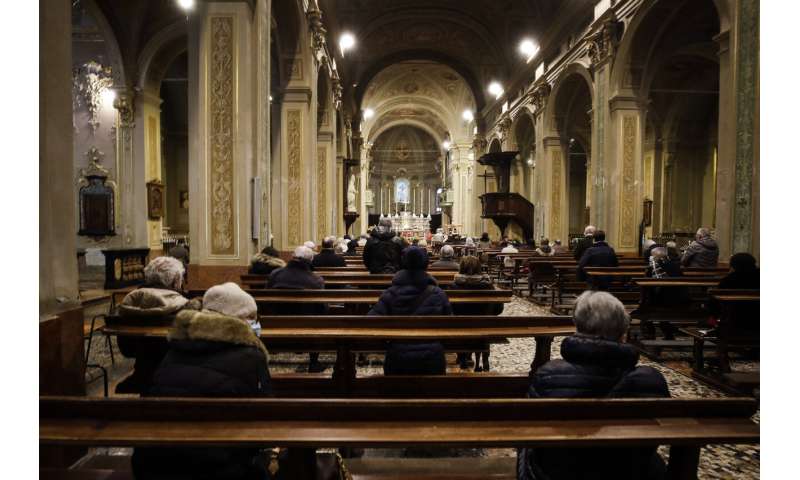 In Vo’s memorial ceremony, officials planted a tree. A plaque has been installed, quoting a line from the Italian poet Ugo Foscolo, whose works are widely studied by the nation’s schoolchildren. The inscription reads: “A man never dies if there is someone who remembers him.”