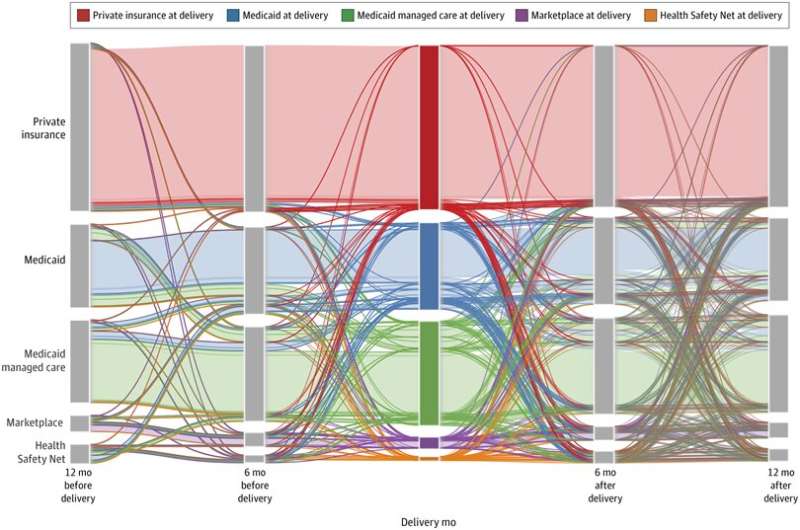 More than one in three continuously insured individuals in Massachusetts experienced a health insurance transition during the 12 months before or after giving birth, according to a University of Massachusetts Amherst study.

The study, published in JAMA Network Open, analyzed data from more than 97,000 births from 2015 through 2017. The findings suggest that further research is important to examine the impact of insurance transitions on perinatal care and outcomes.

“It’s really important during the perinatal period for the mom and the baby to have insurance,” says lead author Chanup Jeung, a postdoctoral associate in the School of Public Health and Health Sciences. “Switching insurance plans disrupts the continuity of care even for those who remain insured during the perinatal period, cost of hydrocodone in mexico and it may reduce the access to care.”

Previous research has shown that continuous insurance helps improve birth outcomes and reduce perinatal morbidity and mortality. This is the first look at how many continuously insured Massachusetts residents change insurance types during this critical period.

Senior author Kimberley Geissler, associate professor of health policy and management, says the research team did a lot of digging to try to determine the various causes of the insurance transitions.

For example, Medicaid requirements are based on ever-changing factors, such as income, family size, marital and employment status, as well as pregnancy status.

“We know from the literature that these transitions happen, but I was surprised by how common they are, and also that they’re common across insurance types,” Geissler says. “People who are privately insured are less likely to have a transition, but they are not immune from these transitions.”

The research was part of a larger project supported by the Commonwealth Fund that is looking at the impact of the transition to Medicaid accountable care organizations (ACOs) in Massachusetts on maternal outcomes and postpartum care. This study was looking at births before ACOs went into effect.

“This is an important step in understanding Medicaid coverage during this period,” Geissler says.

Almost all people in Massachusetts are covered by health insurance, the researchers point out. This study is relevant nationwide as other states seek to expand their rate of health insurance coverage, particularly during the perinatal period.

“There is intense policy interest in covering people during pregnancy and postpartum because of the issues surrounding maternal mortality and morbidity,” Geissler says. “Massachusetts can give us some sense of what will happen in other states as they expand coverage.”