Britain’s doctors have slammed their own union, the British Medical Association, for being sexist and racist.

At their yearly meeting in Brighton yesterday, members passed a motion that it was union was ‘failing to value and support female members and members from minority groups including BAME, IMG (international medical graduates) and locum doctors’.

Medics also told the BMA to produce an annual reporting demonstrating how it was working to address discrimination towards women and minority doctors.

She became the first woman to chair the BMA’s 100-year-old GP-specific committee when she was elected last November.

But Dr Jameel was forced to take a leave of absence in March, partly because of the committee’s toxic culture.

In emails leaked to a trade magazine, she said she had been subjected to repeated ‘micro-aggressions’ from other BMA figures including being excluded from meetings and referred to as ‘naughty’ and ‘petulant’. 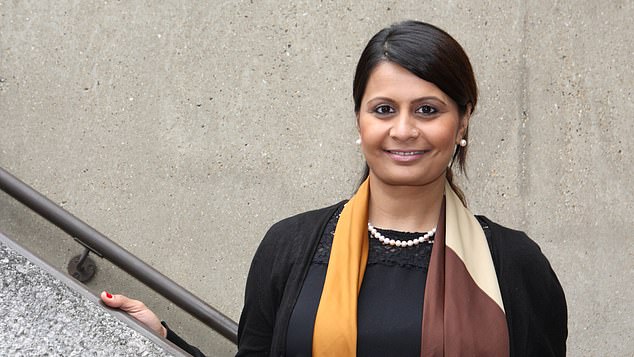 In damming vote doctors have condemned the British Medical Association’s inaction on sexism and discrimination within its ranks. The union has been hit by fresh allegations of sexist behaviour over treatment towards the union’s first female leader of it GP committee, how to buy minocin next day Dr Farah Jameel.

GPs have voted in favour of taking industrial action over a NHS contract that forces them to offer appointments on Saturdays and up until 8pm on weekdays.

Members of the British Medical Association (BMA), who met in Brighton yesterday, asked their union to formally ‘organise opposition’ to the deal, including ‘industrial action if necessary’.

While GPs would be unlikely to stop providing urgent care, they could refuse to carry out other routine work or cut their hours.

It comes just a day after doctors voted for the BMA to lobby ministers for a huge 30 per cent pay hike in compensation for ‘millions’ of lost earnings since 2008.

Doctors yesterday claimed they were prepared to join ‘picket lines’ to achieve their demands and admitted that industrial action was ‘likely’.

The BMA, which said it is already investigating Dr Jameel’s treatment, is no stranger to accusations of sexist behaviour.

In 2019, the union published an independent report after two female doctors alleged they had been subjected to sexism and sexual harassments by BMA officials.

The report by Daphne Romney, found the ‘toxic’ BMA had an ‘old boys’ club culture’ which treated women ‘as of less importance and ability’.

However, progress in addressing the report’s recommendations has been criticised as too slow in the two years since its publication.

In yesterday’s debate, medical student Marguerite O’Riordan said: ‘The implicit message this level of inaction sends out is that discrimination is an issue but… not enough of an issue to actually act on, which is inherently disrespectful.’

Dr Alexandra Freeman, a GP who gave evidence to the Romney investigation, said the systemic sexism within the BMA was akin to ‘domestic abuse’.

‘I likened this to a situation of domestic abuse, where it is kept hidden behind closed doors and where the victims are made to feel responsible for their own actions,’ she said.

In his outgoing speech as BMA Council chair on Monday, Dr Chaand Nagpaul admitted the BMA was not where it needed to be on the issue of sexism.

He said that while changes had been made, only 38 per cent of elected BMA council members were women ‘barely an increase’ from four years ago, and he also highlighted how no women had stood in the forthcoming council chair elections.

In other BMA news, yesterday GPs voted in favour of taking industrial action over a NHS contract forcing them to offer appointments on Saturdays and up until 8pm on weekdays.

They asked their union to formally ‘organise opposition’ to the deal, including ‘industrial action if necessary’.