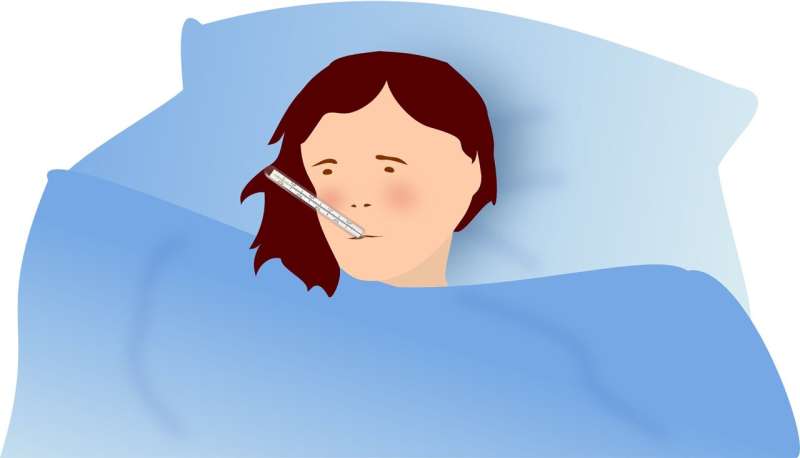 Children have been hit especially hard by the early-onset flu season, according to a study from Tennessee that raises concerns about U.S. immunization rates following the pandemic-fueled trend of vaccine hesitancy.

Kids were hospitalized at high levels earlier than usual and were twice as likely as adults to get sick from other household contacts who tested positive in the current season, according to the Centers for Disease Control and Prevention report on 14 of the state’s 95 counties.

Flu began spreading in September in the U.S., a month earlier than usual, in a season that combined with COVID-19 and RSV, another respiratory disease, to create what U.S. health officials called a “tripledemic.” Hospitalizations for flu alone also peaked early in Tennessee children and teens, reaching 6.9 per 100, tamoxifen breast tenderness 000 kids in the week ending Nov. 26, more than twice as many as in the same week in 2019.

“About one in four kids in Tennessee had received a flu vaccine at the time of this study,” Christine Thomas, a CDC Epidemic Intelligence Service Officer who helped write the report, said in an email. The severity of the season “highlights the need for everyone, including kids 6 months and older, to get their flu vaccine as soon as possible.”

Immunization rates for many childhood diseases suffered in the wake of widespread suspicion of COVID-19 shots. Flu vaccination coverage for children as of Dec. 31 fell to 48% compared with almost 53% at the same time in 2020. The CDC is conducting targeted outreach to parents, encouraging them to get their children vaccinated against the flu, Thomas said.

Flu activity has declined in Tennessee and nationally since early December, according to the report, but several weeks of the season remain. Children are at greater risk for flu-related morbidity and mortality, and the seasonal flu vaccine remains the best way to protect them—especially this year, as flu-related pediatric deaths are on the rise for the first time since the pandemic began.

The CDC has reported 79 flu-related deaths so far this season in children, compared to a season-long total of 44 deaths in 2021-22 and just one death in the 2020-21 season, when COVID control measures minimized cases.