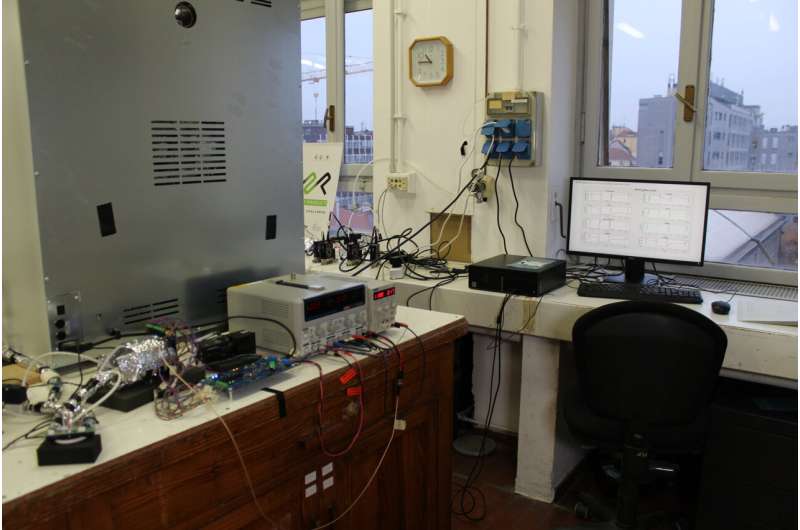 The diagnosis of prostate cancer using a non-invasive method and with greater accuracy than traditional diagnostic procedures is ever closer to becoming a reality.

This has been confirmed by the data in a study published by the International Journal of Urology, which tested the efficacy of the first prototype of an electronic nose that can identify the presence of a tumor from a urine sample, by recognizing specific volatile molecules.

Diag-Nose—the name of the project which created the first experimental prototype—is the result of close collaboration between Humanitas and the Politecnico di Milano. The preliminary results are encouraging: the test correctly determines the presence of a tumor in cancer patients in 85.2% of cases and correctly gives a negative result for healthy patients in 79.1% of cases.

Not only that: the prototype has other significant benefits when compared to the traditional method of a biopsy: as well as being an invasive procedure, biopsies have a particularly high rate of false negatives for early-stage tumors due to the fact that only a small portion of tissue is collected and analyzed.

The study was conducted between March 2020 and March 2021 at Humanitas Mater Domini, in Castellanza, and at the Humanitas Research Hospital in Rozzano. The project involved 174 people divided into two groups: 88 patients with prostate cancer of varying grades and stages confirmed by a histological examination, and 86 people in the “control” group comprising men and women of different ages with no history of the disease who had undergone medical examinations (including for PSA).

A urine sample was collected from each person and analyzed at the laboratories of Professor Laura Capelli at Politecnico di Milano’s Department of Chemistry, Materials and Chemical Engineering. The electronic nose was found to correctly provide a positive result for patients with tumors in 85.2% of cases. It has an accuracy—that is the ability to make a correct diagnosis, micardis dosage information whether negative or positive—of 82.1%. For men over the age of 45 only, the age range most affected by the disease but also the most difficult to correctly diagnose, the accuracy stands at 81%.

“Prostate biopsy is currently the gold standard for the diagnosis of cancer of this gland. Despite the greater precision that the procedure has achieved through the use of magnetic resonance imaging to guide the collection of the tissue samples, the tumor detection rate reaches 48.5% at the most. This percentage is significantly lower than that of the electronic nose which, in addition to greater diagnostic accuracy, would limit the inconvenience and complications for the patient,” explains the author of the study, Dr. Gianluigi Taverna, Urology Coordinator at Humanitas Mater Domini and a doctor-researcher at the Humanitas Research Hospital.

Diag-Nose: From a 2012 study on dogs to the clinical validation of the prototype

The electronic nose is the evolution of a much larger study conducted in 2012 by Humanitas with the collaboration of the Military Veterinary Centre in Grosseto (Cemivet) and supported by the Italian Ministry of Defence. This research revealed how dogs, once properly trained, are able to detect prostate cancer by smelling patients’ urine.

“This discovery,” explained Dr. Taverna, “confirmed that prostate tumors produce specific, volatile organic substances, technically known as VOCs (Volatile Organic Compounds), which the dog is capable of detecting with great accuracy. We decided to build on this ability in order to develop a high-tech diagnostic device that could become part of everyday clinical practice.”

The electronic nose developed as part of the Diag-Nose project is therefore a prototype created by reproducing the canine sense of smell, created using a series of sensors that are capable of analyzing the volatile substances released into the air by urine samples.

“As with the dogs, the electronic nose also went through a period of training, conducted on approximately 530 people, which allowed the engineers at the Politecnico di Milano, Professor Laura Capella and Dr. Carmen Bax, to fine-tune the analysis parameters and teach the device to determine whether a urine sample belonged to a healthy person or a patient with prostate cancer. The success of this training has been confirmed by the study published in the International Journal of Urology,” stated Fabio Grizzi, a researcher at the laboratories of the Humanitas Research Hospital, where he is also in charge of the histology service.