Italian newspapers are reporting that former IndyCar star and Formula 1 driver Alex Zanardi, who lost both of his legs after a crash at the Lausitzring in 2001, has shown signs of marked improvements after a near fatal accident on a rural Italian road in July where his paracycle collided with a truck.

A correspondent for Forbes reported that the Italian newspaper Corriere della Sera wrote on Zanardi’s condition Monday. He was apparently able to respond to doctors and his wife Daniella with hand gestures, raising his thumb to say “OK” while also shaking hands on demand. He can’t yet speak as the hole in his trachea is being kept open as a precaution. 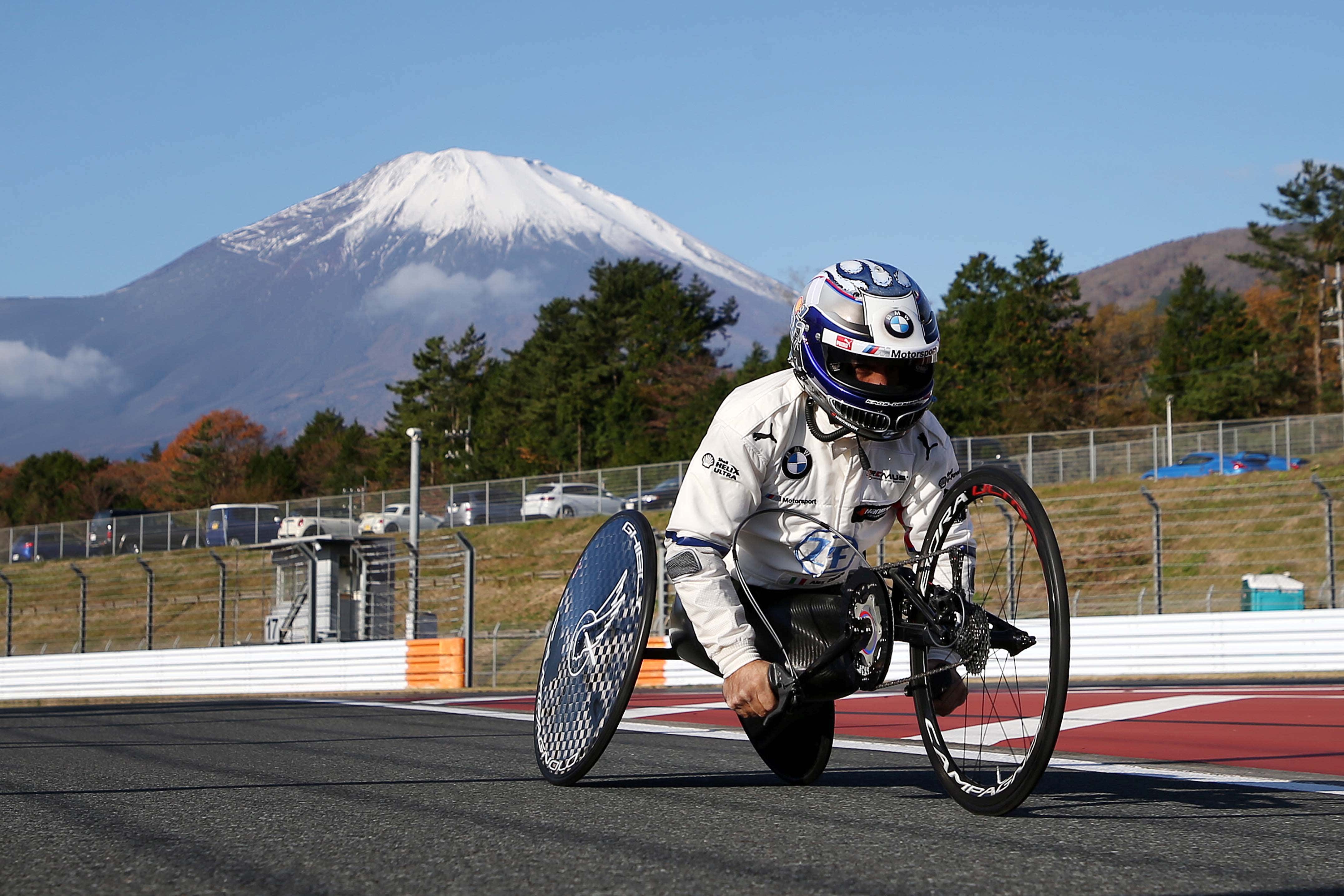 Zanardi was leading a tour for other paralyzed athletes, and practicing for the upcoming Paralympics in Japan, when he rounded a corner on a two-lane winding road near Siena and encountered a large truck. For the next week, it was a question of whether he would even live or ever come out of a coma, but now, after five brain operations, he has regained his sight—thought lost for good—and his hearing.

Zanardi, who won the IndyCar title in 1997 and 1998, moved to Formula 1 for a spell before returning to IndyCar, where he competed in a controversial race held just after 9/11. Some participants and fans wanted the September 15 race in Germany canceled, but it went on regardless. Zanardi, in his best race of the reason, made a pit stop then spun out onto the active oval track. There was a horrible crash and Zanardi almost died, but he was saved by extraordinary medical care, though he lost 75 percent of his blood and both legs.

Rather than let the loss dictate his life, he returned to the cockpit of race cars using hand controls, including the Rolex 24 at Daytona in 2019 where he drove a BMW M8 GTE, turning laps very close to those of his able co-drivers. He also became a world-champion Paralympic cyclist and was training for what would likely have been his last appearance. COVID-19 canceled the 2020 Paralympics, with tentative plans to hold them in late 2021.