CarGuy Racing will return to the Le Mans 24 Hours this year after taking over the entry of fellow Japanese Ferrari squad MR Racing.

It earned its Le Mans entry off the back of its GT3 class title win in the Asian Le Mans Series in 2018/19, but lost out to another Ferrari squad, HubAuto Corsa, in last winter’s battle to secure an automatic entry into the 2020 running of the French classic.

However, CarGuy has announced that it will be entering this year after all in collaboration with AF Corse, running the #70 Ferrari 488 GTE and retaining the MR Racing entrant name.

Kimura and Cozzolino have been named as drivers, with the to-be-announced third driver also set to be Japanese according to the team’s statement.

Frenchman Ledogar, who also partnered Kimura for the bulk of the 2019/20 Asian LMS season, is reportedly set to race at Le Mans for the Luzich Racing Ferrari squad which earned its entry by winning the GTE class of the European Le Mans Series last year.

MR Racing is absent from this weekend’s Spa WEC round, reducing the number of cars in GTE Am to 10 and the total grid size to 30 entries. 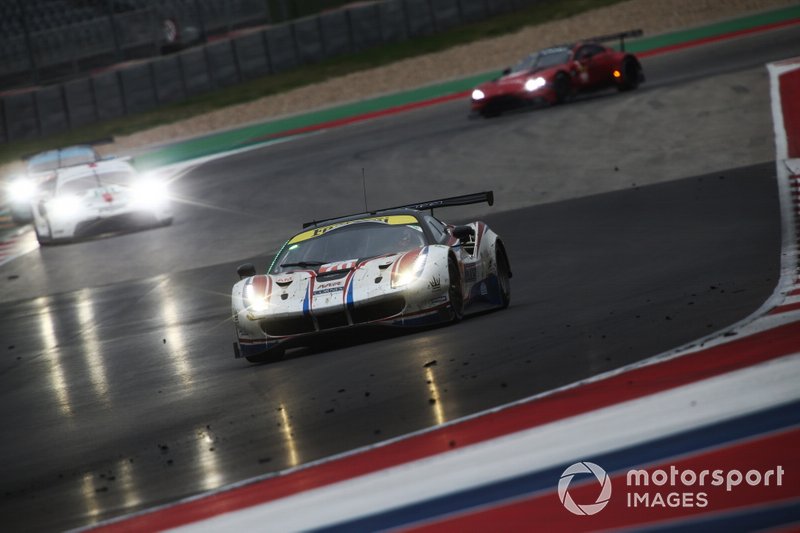 Cozzolino – who is also racing for the D’station Racing SUPER GT team as a replacement for factory Aston Martin driver Nicki Thiim – had been part of MR’s WEC line-up alongside GT racing veteran Olivier Beretta and gentleman racer Motoaki Ishikawa.

The trio scored a best finish of third in class in the Silverstone opener last September.