Charles Leclerc is ready to quiz the FIA about why it took so long to deploy the Safety Car after Max Verstappen’s crash during the Azerbaijan Grand Prix.

On lap 47 of 51, Verstappen became the second driver, after Lance Stroll, to suffer a tyre failure on the long pits straight in Baku and smash into the wall at high speed.

With the RB16B up against the barrier, debris scattered across the circuit and the Dutchman still sitting in his Red Bull as rivals came past, a Safety Car was inevitable.

But it took nearly 20 seconds for double waved yellow flags to appear and almost a minute-and-a-half for the Safety Car to be deployed.

Leclerc, who had started from pole position and ended the race fourth, was clearly angry at the delay, saying over the team radio “that’s a joke” twice, before adding: “Put the f**king Safety Car out straight away, why are they waiting?”

He later told reporters: “For me, it was clear I would stop pushing with a crash like this, it’s in the middle of the straight so it was quite dangerous.

“It just took longer than I expected. That’s it. But I think all the drivers have been surprised the same way.

“The Safety Car thing I will definitely bring up [in the drivers’ briefing at the French Grand Prix] just to understand why it took a bit longer than normally. That will be a point I raise.” 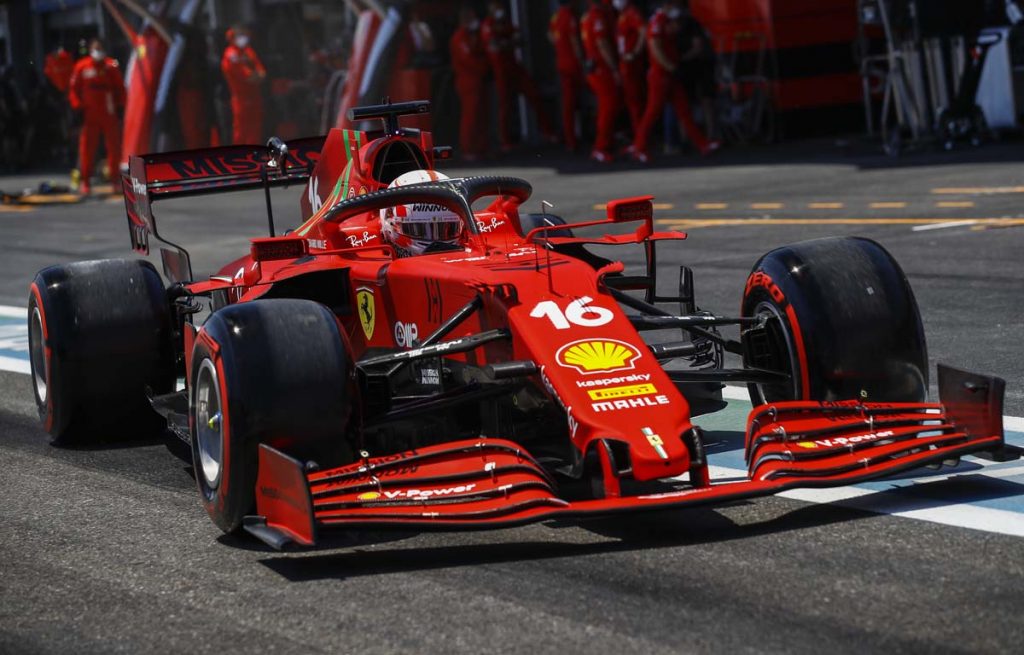 Leclerc also said on the team radio he would “push to not restart” due to the risk of doing so on cold, hard tyres. In the event, the race was red-flagged and for the restart, all of the remaining runners were able to change tyres.

The Ferrari driver’s team-mate, Carlos Sainz, concurred with his colleague’s view, saying: “Normally whenever there’s such a big accident, first there’s a double yellow and then straight away there’s a Safety Car.

“And [I want to know] why today it took more than 30 seconds, one minute for a Safety Car to be deployed and we had to go through a very heavy accident in only yellow flag conditions.”

Another issue raised was how much drivers had backed off under the double waved yellow flags, with McLaren complaining to FIA race director Michael Masi that Yuki Tsunoda, who was racing Lando Norris, had not done so enough.

Leclerc added: “Everyone could see the crash, everyone knew the car was on the right of the barrier, but I believe everyone should significantly slow down in those conditions.

“I’m pretty sure it will be raised anyway. The Virtual Safety Car or a Safety Car would have just made things a lot simpler. But we’ll talk about that with everyone.”