Daniel Ricciardo has recalled on how scared himself after his retirement from the 2018 United States Grand Prix back in his Red Bull days.

2018 proved to be frustrating final season with Red Bull and, at the Circuit of The Americas, the Aussie suffered the seventh of eight DNFs in the campaign.

Ricciardo was running in P4 but a mechanical issue forced him to retire after just eight laps. His reaction after getting out the car and heading back to the paddock is something that has stayed with him in the years that have followed.

“I scared myself in Austin 2018,” Ricciardo told the official Formula 1 website.

“I remember walking back to the pits. I had the sympathy from everyone but I felt I had so much sympathy this year, it means nothing.

“I got back to my room and I started punching the door in my room. It was cheap material and I put my hand through it. Then my hand followed through and hit a metal bracket.

“Then I kicked it, and it went through into Max’s room. He was still on track, so it was fine. When he walked back, his trainer messaged us that night and said thanks for decorating my room.

“Then my hand started to swell. I got a little ultrasound machine to check if the bone was broken. For an hour or so, I was really dark on myself, because I was like, ‘I’ve just broke my hand’.

“But I hadn’t! I iced it the next three days because then we went to Mexico straight after. I was hoping ‘please be OK for Mexico’ and it was fine.

“The physio did the ultrasound thing, he said if you feel a tingly feeling, it means you’ve got a fracture. I didn’t even want him to do it. I didn’t want to know. But he said I had to do it. So he ran it over, and I really thought I was going to feel something…and I didn’t.” 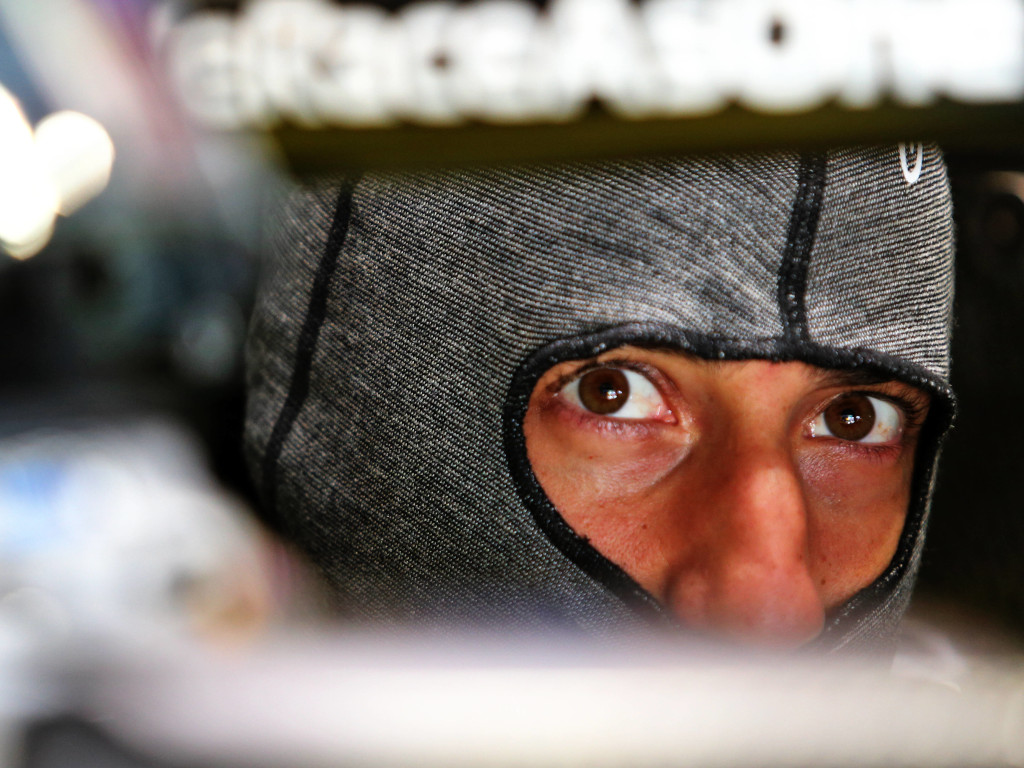 Ricciardo also went into some detail on his mental approach to Formula 1 and why he puts himself under so much pressure to perform.

“I’m only hard on myself because two things: experience has taught me that brushing things under the carpet, you’re not going to learn,” Ricciardo added.

“If you fully expose yourself, you will find your weaknesses and you’ll have a chance to improve and build on those.

“I don’t want to be that guy. Because someone is going to see this! I’d rather be honest, put my hands up.

“It also reminds people that we are human. We are professionals and sometimes we shouldn’t make silly errors, because this is our profession, but it does happen and there’s variables.

“And then the other side I’m hard on myself because I know what I’m capable of, I have that belief.

“When I’m hard on myself, I know I could have done better.

“There was Mexico qualifying last year, where I legitimately avoided the TV pen because I was too worked up.”