Jenson Button has predicted a close fight between Carlos Sainz and Charles Leclerc, the former “basically an engineer” sat in the SF21 car.

Sainz has joined Ferrari from McLaren on an initial two-year deal to form the youngest Formula 1 driver line-up in the Scuderia’s history alongside Charles Leclerc.

Many expect Leclerc to use his greater Ferrari experience to get the better of his new team-mate this season and even if he does not, there is also a lingering expectation that Sainz is a number two driver to support Leclerc no matter how many times team boss Mattia Binotto says there is equal status.

However, Button, the 2009 World Champion, is looking forward to seeing this particular driver battle develop over the course of the season and thinks Sainz can turn it into a hot contest once he finds his feet with his new team. 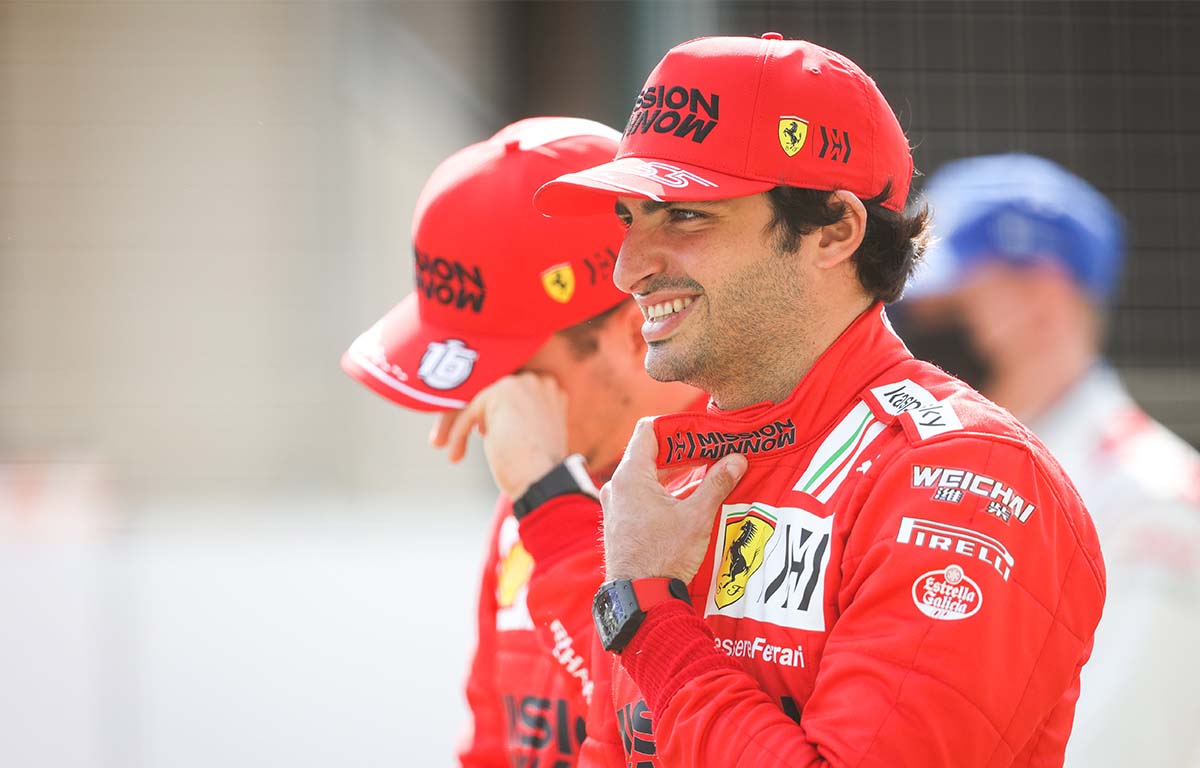 “I think Carlos will get closer to Leclerc very soon,” Button said via Sky F1.

“I spoke to the McLaren engineers and they told me the Spanish driver is basically an engineer.

“He has a very intelligent approach and works closely with the team for many hours.

“That’s great, of course, because he doesn’t let his emotions get the better of him when it comes to getting the most performance out of the SF21.

“He doesn’t go over the top when he drives and we saw that throughout the weekend in Bahrain. He’s a great guy and Ferrari can boast of having a great pair of drivers.”

Only Daniel Ricciardo separated the two Ferrari drivers at the season-opening Bahrain Grand Prix with Leclerc finishing P6 and Sainz also picking up points in P8.

The Spaniard has already earned plenty of praise from his new boss Mattia Binotto, while the ex-McLaren driver himself said he took a cautious approach at the Bahrain International Circuit because he was so intent on finishing his first race in Ferrari colours.