George Russell thanked Williams for what he called an “incredible journey”, and now he will look to finish his time there “in style”.

It has been confirmed that 2021 will be Russell’s third and final season with Williams – for 2022 he will join Mercedes as team-mate to Lewis Hamilton.

Before that though, there are nine races remaining in Williams colours for Russell, in a season which already has produced a podium finish at Spa-Francorchamps.

And so, he was keen to thank Williams for the opportunity, but also reaffirm his commitment for the remainder of the season.

“It’s been an incredible journey these past three years,” he said in a social media video.

“I just want to say a huge thank you to Claire and Sir Frank [Williams] for giving me this opportunity in Formula 1 which I will remember for the rest of my life.

“And obviously the transition over to Jost [Capito] and Dorilton has been incredibly appreciated, and what I see from the team is incredibly exciting.

“And this transition and the experiences we have shared together, especially recently, the double-points finish in Hungary, and then that front-row start, qualifying P2 in Spa and ultimately going on to secure the podium, is something I will also remember forever.

“So I just want to say a huge thank you to everybody, I’m really looking forward to these final nine races to finish the job off in style, thank you.”

Williams team boss Capito affirmed the team’s gratitude towards Russell, and now they will watch his career at Mercedes progress with “pride”.

“Over the past three years, it’s been clear to every member of staff here at Williams just how dedicated, focused and talented George is through his contributions to the team both on and off the track,” said Capito.

“He has all the characteristics necessary to achieve the greatest success in our sport and we are therefore delighted for him, both as a team and me personally, to see him rewarded with the opportunity to test himself at Mercedes.

“We will watch his progress with interest and pride, knowing the role Williams have played in developing his considerable skills.” 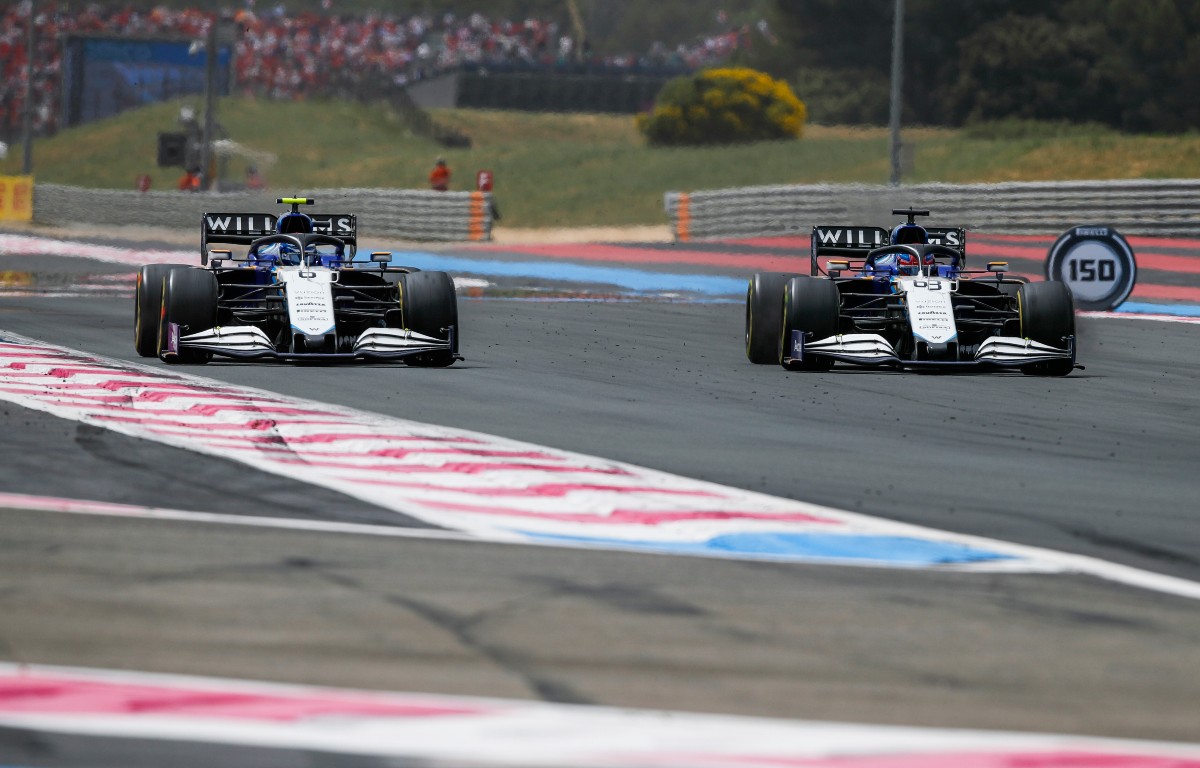 With Russell’s upcoming departure confirmed, it means that at least one seat with Williams will be available for the 2021 campaign.

The announcement of Russell’s move to Mercedes had been anticipated for some time though, and so Williams do indeed have “a number of strong driver options” for 2022.

Alex Albon, Nyck de Vries, Nico Hulkenberg and Daniil Kvyat are among the names linked, and now Williams will set about making a decision.

“We were of course aware of this possibility coming to fruition and therefore have a number of strong driver options available to us,” Capito confirmed.

“We now look forward to shaping our future line-up that will help us take the next step in our exciting journey as a team and will make any announcement in due course.”