Formula 1 cars aren’t something that come up for sale every day. Sales of race-winning cars are even rarer, with many teams eager to hang on to the machines that earned their hard-won victories It’s a remarkable day, then, when Lewis Hamilton’s race-winning 2010 McLaren-Mercedes MP4-25A is coming up for auction at RM Sotheby’s.

The car is listed with a healthy $5-7 million price estimate. This puts it in the ballpark of the most expensive modern Formula 1 car ever—Michael Schumacher’s Monaco-winning Ferrari F2001, which sold for $7,504,000 back in 2017. The F2002 in which Schumacher claimed his fifth world championship at the 2002 French Grand Prix later went on to fetch $6,643,750 in 2019. With Hamilton matching the dominant German driver’s tally of seven Formula 1 World Championships, there’s a definite chance that the car could set a new price record for contemporary Formula 1 sales. 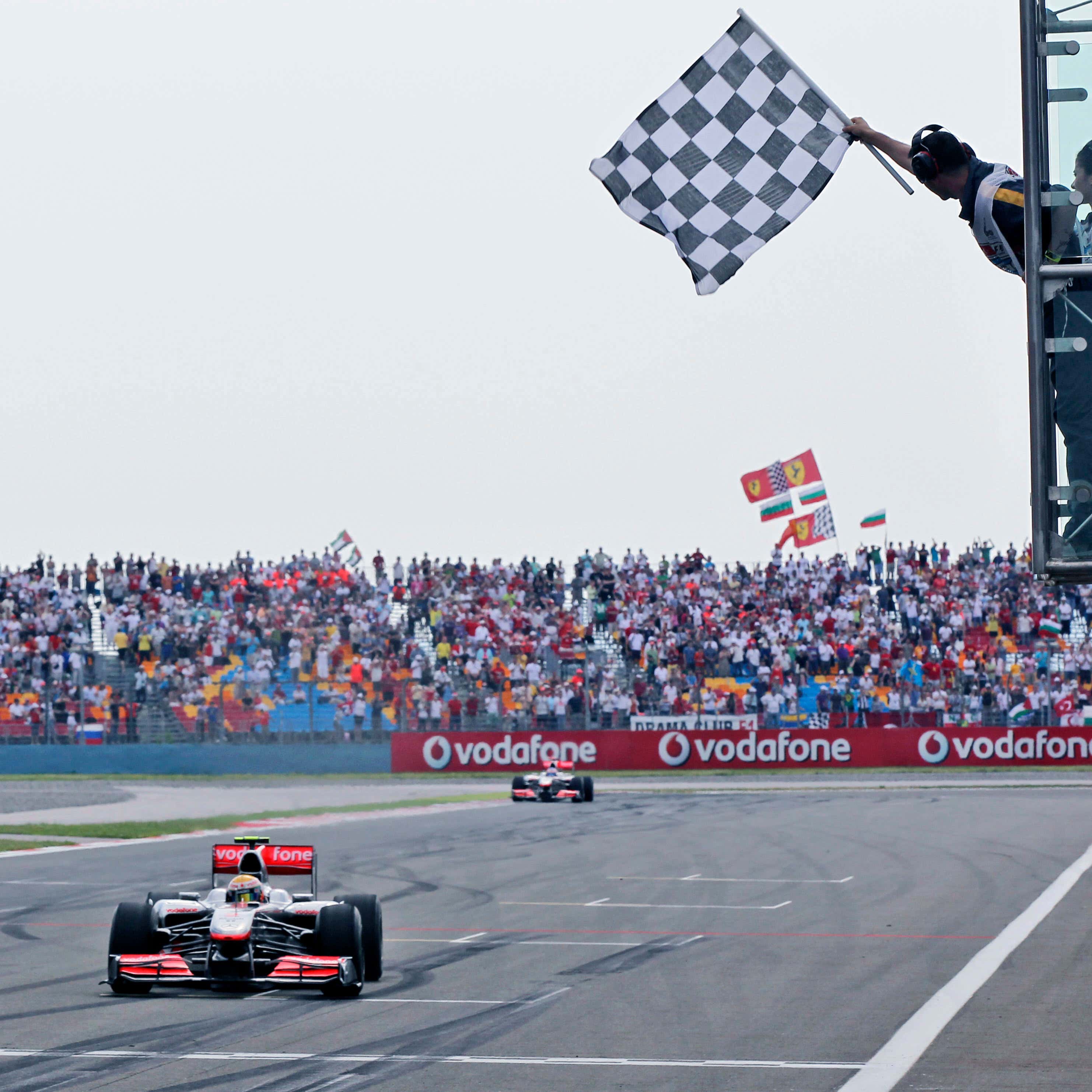 The auction will take place on July 17 at the Silverstone Grand Prix, just prior to the start of Formula 1’s first ever qualifying sprint race. Adding a twist to the sale, the car will be driven around the Silverstone circuit live during the auction at speeds exceeding 150 mph. It’s a unique concept, one which will let potential bidders see the car in action once more prior to purchase. Of course, it could also prove to be a rare event in which the car under the hammer is destroyed in a crash during the very auction which intends to sell it. The auction house has not stated precisely who will be behind the wheel, but we’d assume they’ve placed their trust in a safe pair of hands. Due to COVID restrictions, the driver will be someone outside the usual Formula 1 bubble, ruling out Hamilton himself and personalities like Martin Brundle from stepping up to the plate.

The auction is particularly notable for being the first time one of Lewis Hamilton’s race-winning cars has been publicly offered for sale. Other Hamilton race-winning cars may have been sold, such as the MP4-22/5A from his 2007 debut season—with the chassis that won at Hungary and Japan reportedly in private hands. That car can be seen lapping at Silverstone on YouTube, though its exact provenance remains unconfirmed. Hamilton’s Mercedes AMG W04 from 2013 was also sold in years past, though the chassis that Hamilton drove to victory in Hungary that year was retired late in the season due to structural issues and likely wasn’t the actual car sold in 2018.

The auction will be watched with interest, both with regards to a potential record breaking sales price and to see where the car actually ends up. Hopefully, the new owner takes it out to stretch its legs once in a while with the help of McLaren’s Heritage department.