Johnson, 44, started off strong Saturday night at Daytona with a fifth-place finish in both stages, securing 12 crucial points as the battle for the final playoff spots raged on.

But then it all went wrong. He avoided a late-race crash on Lap 153, only to get swept up in the next one with just a handful of laps remaining.

Johnson’s No. 48 machine was heavily damaged while his playoff rivals Matt DiBenedetto and William emerged unscathed. His crew worked to get the wounded car rolling again and Johnson limped home to a 17th-place finish.

Byron went on to win the race while DiBenedetto finished 12th, beating Johnson for the 16th and final playoff spot by just six points.

“First and foremost, congratulations to my teammate getting his first Cup win like that,” said Johnson. “This setting and the drama to go with it – that’s a big win for Chad Knaus and William Byron. I’m really happy for those guys. I really felt like we had a way to transfer, to win, or point our way in the way it went in the first two stages. Things just got ugly down in turn one. Unfortunate, but that’s plate racing.” 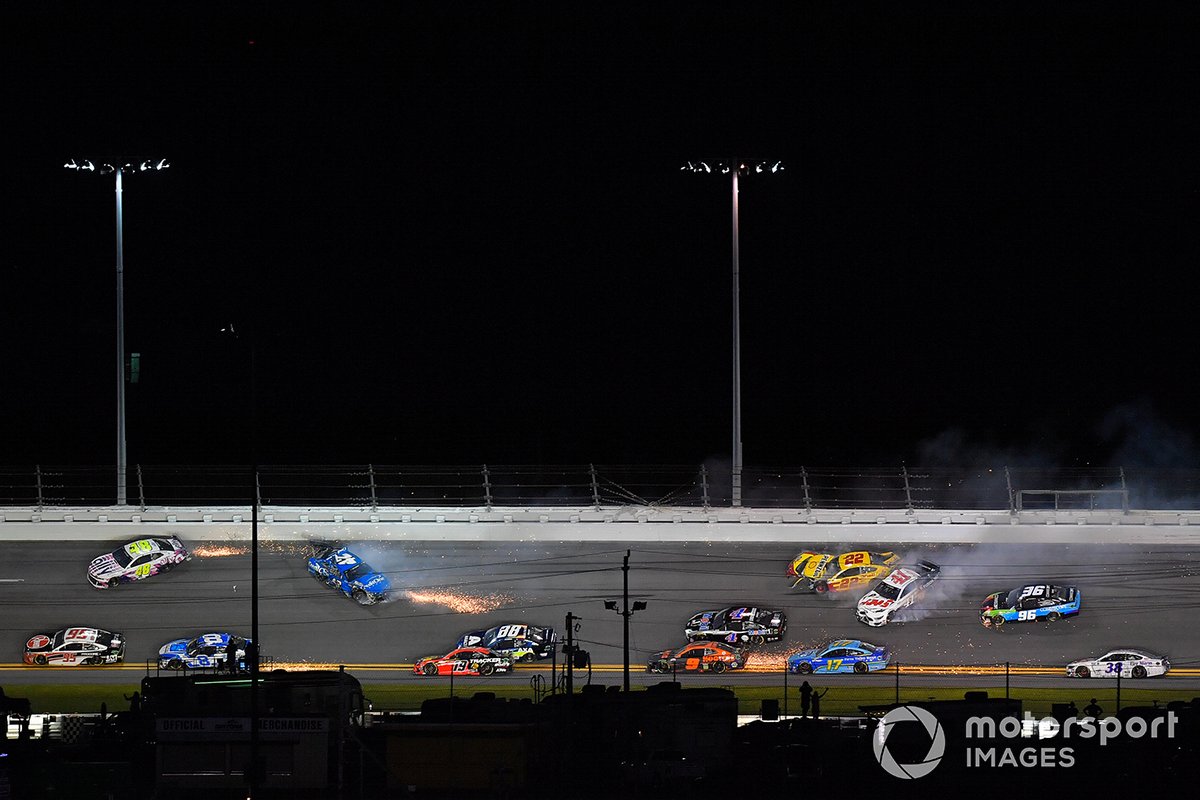 It’s been a season of what ifs for one of the most successful drivers in NASCAR history, as Johnson missed the Brickyard 400 after testing positive for COVID-19. Notably, he was also disqualified after finishing second in May’s Coca Cola 600 at Charlotte, resulting in two races where he scored zero points.

“We had a really good car,” Johnson added. “The last couple of months, we’ve been really getting our act together and running well. Definitely disappointed to not be in the Playoffs – that was the number one goal to start the year. But when I look back at the disqualification at Charlotte and then missing the Brickyard 400 due to my COVID-19 positive test and only miss it by six points – we did all that we could this year. I’m so thankful for Hendrick Motorsports and the career that I’ve had there, the relationship with Ally and their continued support for this race team. Cliff Daniels and these guys on my team – they pour their guts out for me. There’s 10 races left, 10 trophies to go chase and we’ll have to focus our efforts there.”

Johnson posted a simple message on Twitter following the race: