Toto Wolff has dismissed suggestions that Mercedes may have been involved in Racing Point’s bid to copy their 2019 World Championship-winning car as “total nonsense”.

Racing Point were punished with a 15-point deduction in the Constructors’ Championship and a €400,000 fine after being adjudged to have copied the design of the Mercedes’ rear brake ducts.

The Lawrence Stroll-owned team have subsequently appealed against the verdict in the belief that they have done nothing wrong, while Ferrari and Renault have also lodged appeals on the basis that the sanctions were too lenient.

Racing Point have admitted they tried to reverse-engineer the Mercedes W10 by designing their car using photographs of the Mercedes, which is within the regulations.

However, McLaren CEO Zak Brown said the stewards’ ruling on the brake duct case proved this claim was “BS” and that the rest of the RP20 car also had to be questioned.

The stewards’ ruling made no suggestion of wrongdoing on Mercedes’ part, but both Ferrari team principal Mattia Binotto and Red Bull F1 boss Christian Horner have hinted at questions over Mercedes’ involvement.

Horner said “questions will get asked” of Mercedes, adding: “If the team in question are guilty of receiving [designs], surely the team that has provided has also been in breach of those regulations?”

But Mercedes F1 team principal Wolff insisted it was wrong to suggest Racing Point had gone further than using photography in designing their car and would defend any questioning of Mercedes’ role in the case. 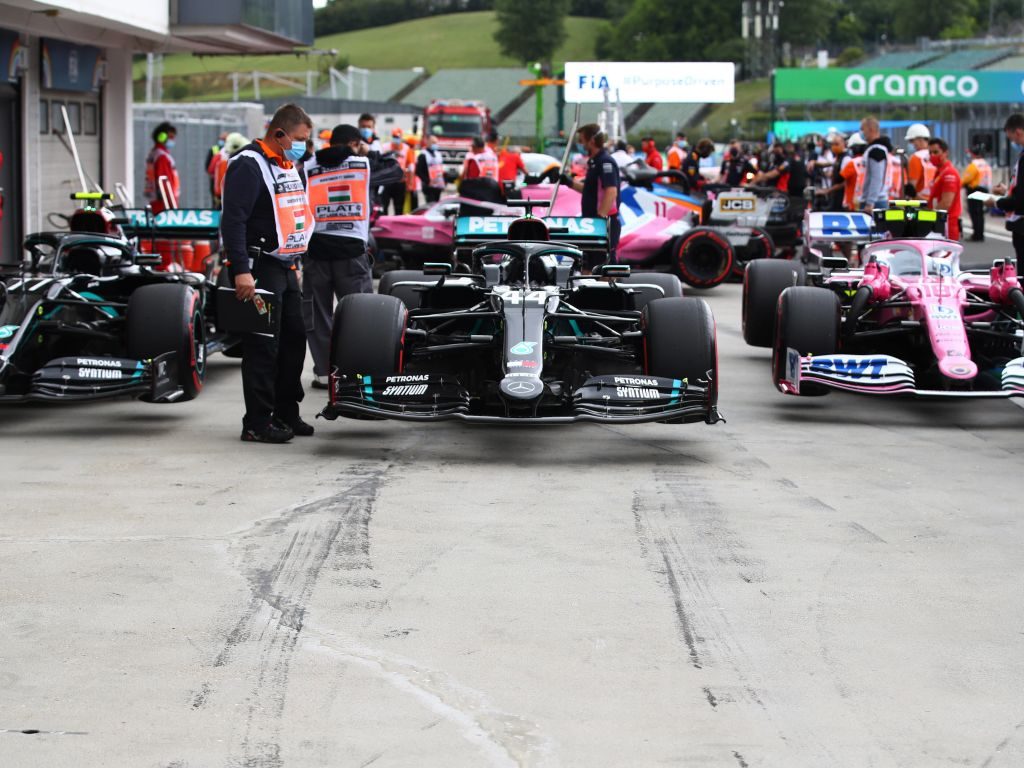 Wolff, quoted by Motorsport.com, said: “Copying the car more than from photos is something we would know. That is why from my perspective, it is total nonsense to pursue that argument.

“I will be defending our brand firmly if somebody were to go down that route.”

When asked by Motorsport.com if the suggestions made by Mercedes’ rivals was a consequence of being a leader with a target on its back, Wolff said he did not see it that way.

“I don’t think it’s related to being a leader,” he said. “I think Formula 1 has always been competition on the track and also competition off the track.

“As hard as we race each other on Sunday or Saturday, we also fight the political game. That is important and has always been the case.

“The Racing Point case is an opportunity for your direct competitors to maybe push us hard and that has always been the case.

“We have a clear position on the Racing Point situation and in that respect it doesn’t really bother us, and it shouldn’t bother us, because the FIA have made that clarification.

“The little nudging that is happening around that is something that is acceptable.”