Nikita Mazepin said he does not want to act like someone he is not, and so whatever reputation he has is up to the fans.

Despite finishing P5 in the 2020 Formula 2 Championship, Mazepin had struggled heading into his debut season to get the fans on his side.

A vulgar social media video shortly after signing with Haas did the Russian no favours at all, while the significant Uralkali sponsorship brought to the team by his father has not helped Mazepin’s image with the fans either.

But at the end of the day, Mazepin only wants to be himself, and so it is up to the fans to determine any reputation which he carries.


“I don’t like it when people try to pass themselves off as someone they are not,” he Russia’s Sport-Express.

“I don’t think you have to be like anyone else. I am a person, a racer who is going to give all of myself on the track. That is the most important thing to me.

“I will let the fans decide for themselves what my reputation is. At the same time, I can say that my races are not boring to watch.”

Mazepin certainly captured plenty of attention at the season-opening Bahrain Grand Prix, though his race lasted only a few corners as he spun into the barriers on Lap 1. He also lost control of the VF-21 twice during qualifying.

But there is no doubt that his first Formula 1 challenger is far from easy to live with. Haas were comfortably the slowest team in Bahrain, and competing with Williams is the best Mazepin thinks they can achieve.

“It is clear that we will fight with Williams – and that’s probably all,” he admitted.


“In my estimation, the other teams are too far away.” 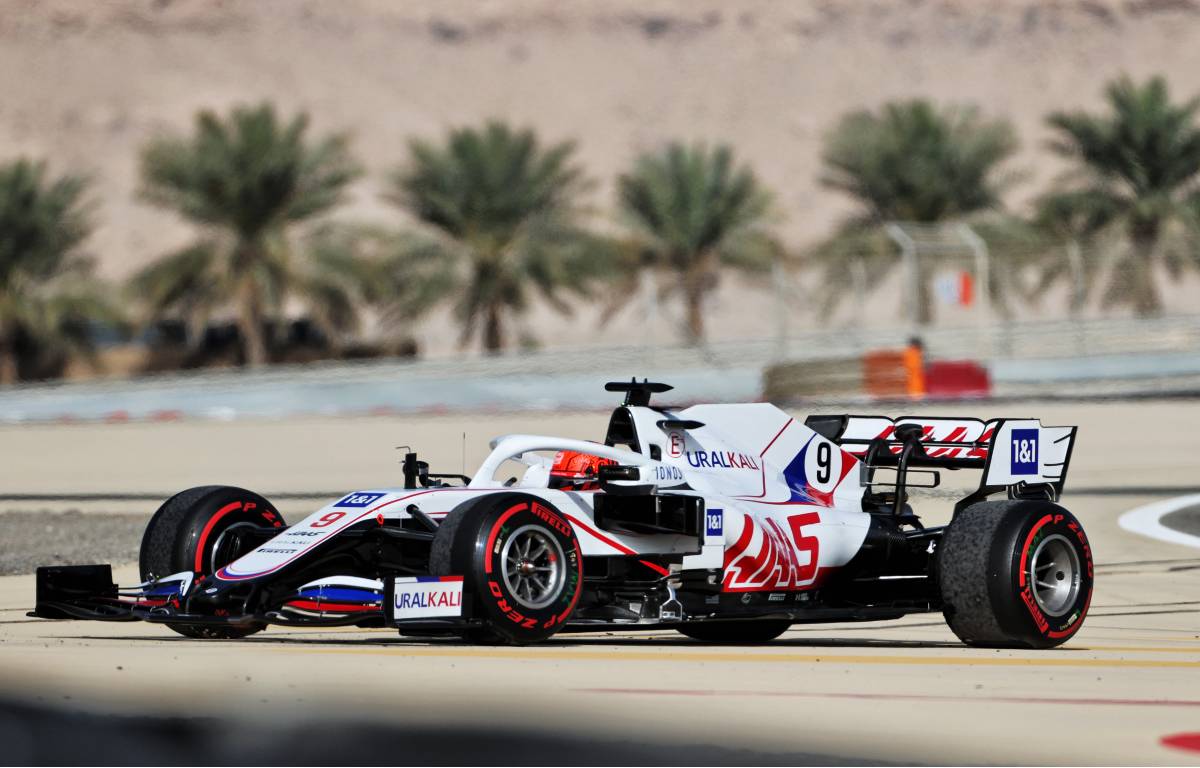 Mazepin forms half of an all-rookie line-up for Haas alongside Mick Schumacher, but he is not intimidated at all by that famous last name on the other side of the garage, even though Mick’s father Michael was a childhood inspiration.

“Mick is one of the best young drivers. It’s no surprise to me that he ended up at Haas,” said Mazepin.

“There aren’t many drivers like that, he won’t let you relax. Our team needs it – two drivers, hungry to win.


“I have a good relationship with Mick, and with the other team members. I make no secret of the idea that Mick’s father has always been an example to me. Michael Schumacher performed at a level that made him the best in his time.

“I remember when I was seven, my father gave me my first helmet, and it was a replica of Michael Schumacher’s helmet. And for me, it was a point of reference. And now 15 years have passed, and I made my debut in Formula One in the same team as his son. It’s symbolic.”