Despite the German team’s excellent start to the season, Ralf Schumacher thinks that we’ve only seen 80% of Mercedes’ potential.

In the hands of Lewis Hamilton and Valtteri Bottas, the team has cruised to the first three races of the season, amassing over double the more points of the closest team, Red Bull, in the process.

With such dominance over their competitors, they’re arguably looking stronger than ever. However, if Schumacher is right, we’ve yet to even see just what they’re capable of.

“We have not yet seen what the Mercedes can do,” he told Sky Deutschland.

“All of last year, from the middle of the season, I am firmly convinced that Mercedes has shown a maximum of 80 percent.

“We are right back there. I think there is a lot more potential.” 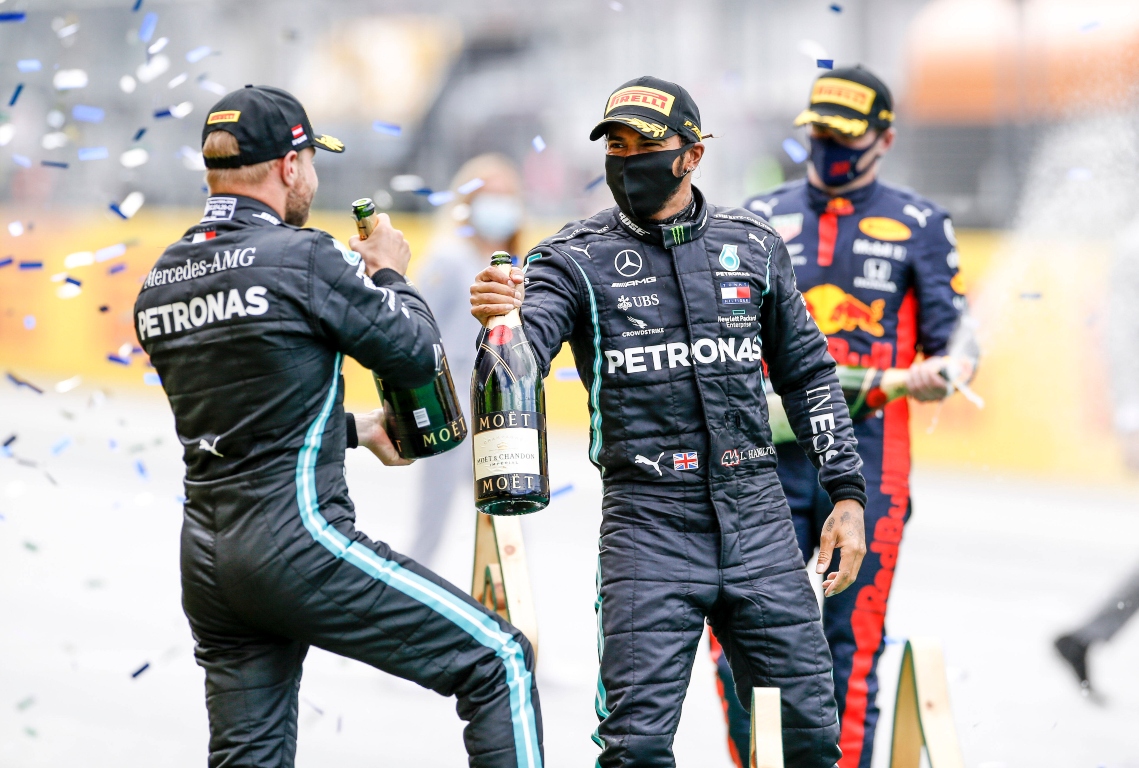 Of the two Mercedes drivers, Hamilton has once again been the one to take charge early on

After a disappointing season opener in which he finished P4 after colliding with Alex Albon, he went on to storm to victory at the next two races, with not even his team-mate getting anywhere near him on race day.

As well as his strong pace, Schumacher also feels that the Brit has the upper hand over Bottas when it comes to handling pressure, and has been impressed with how he’s driven in 2020.

“In addition to his extreme talent and his overview and his racing intelligence, he is simply in an absolutely professional and superior team.”

“Of course he made a few mistakes in Spielberg, but it was the first race, that may have been a part of it. Now he’s back on his pace.

“What he does at all times is simply unbelievable. Under pressure, he works very well. Unfortunately, his team-mate is not like that.”

Hamilton is well on his way to equalling Ralf’s brother’s record of seven World Championships. Heading into the doubleheader at Silverstone, Hamilton leads Bottas by five points. having taken one more win and one more podium.

Mercedes meanwhile sit on 121 points, with Red Bull and McLaren P2 and P3 with 55 and 41 points respectively.