Formula 1 drivers have pretty much always complained that safety cars are too slow, meaning they can’t keep temperature in their cars’ brakes or tires. This year, though, those complaints may be more valid, as the pace disparity between F1’s two safety cars is so great that 2021 champion Max Verstappen compared the slower of the two—the Aston Martin Vantage F1 Edition—to one of nature’s slowest creatures: The lowly turtle.

The reason for Verstappen’s complaint becomes eminent on comparison of the Vantage to the Mercedes-AMG GT Black Series with which it shares safety car duties, as used for the opening two rounds of the season. Mercedes’ safety car is the penultimate form of the AMG GT; a track-oriented special with heavy aero and a 720-horsepower, twin-turbo V8. The Aston Martin has the same engine but in a lighter, 527-horsepower state of tune, not to mention a less extreme aero package. As a result, Mercedes-AMG F1 driver George Russell told Motorsport that it’s a whole five seconds per lap slower than the Mercedes. That made it even tougher in Australia for the race leaders to keep temperature in their tires during either of the safety car’s two deployments.

“There’s so little grip and also the safety car was driving so slow, it was like a turtle. Unbelievable,” Verstappen told Motorsport after the race. “For sure the Mercedes safety car is faster because of the extra aero, because this Aston Martin is really slow. It definitely needs more grip, because our tires were stone cold. It’s pretty terrible the way we are driving behind the safety car at the moment.” 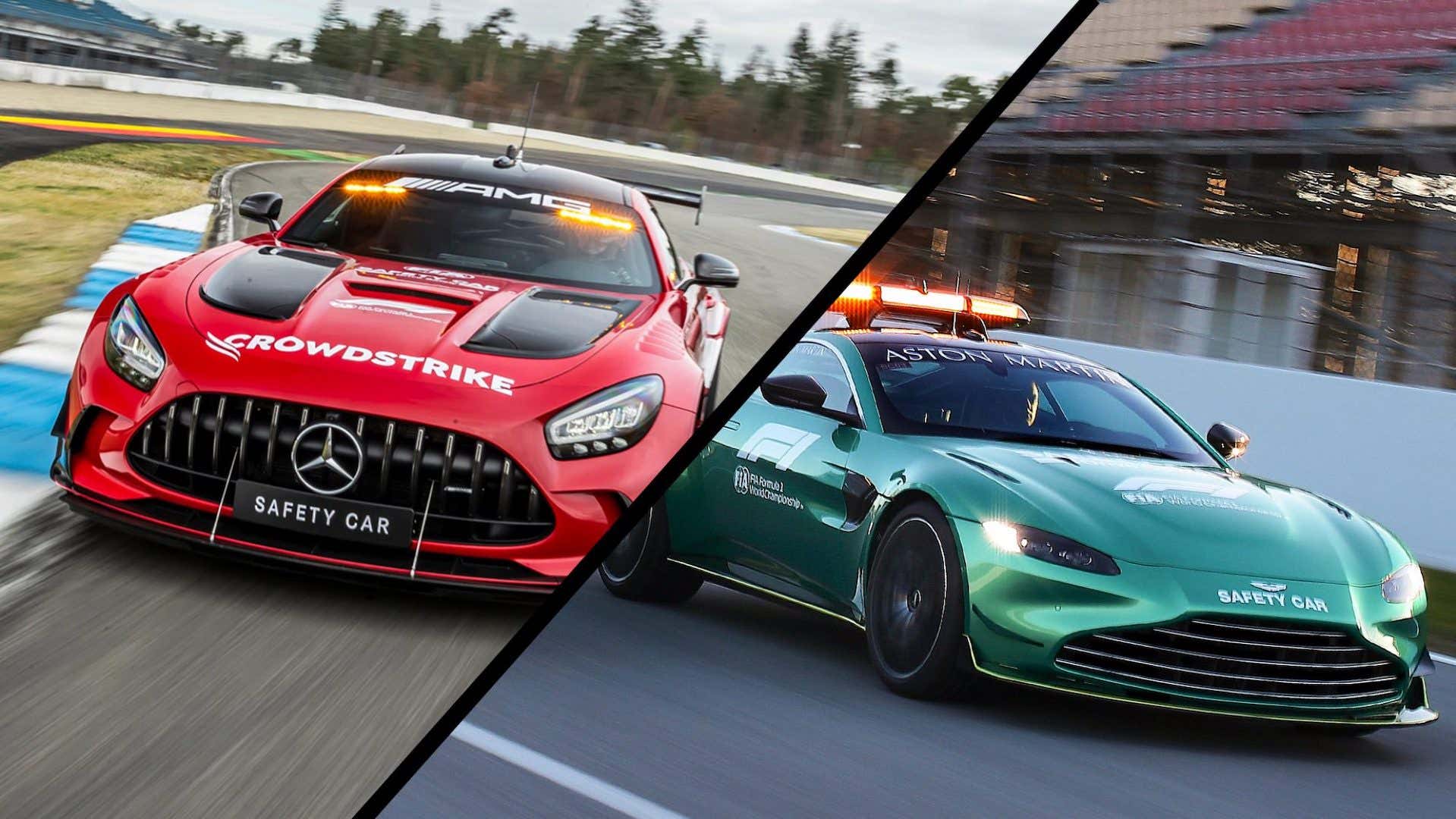 Verstappen made both race restarts behind eventual race winner Charles Leclerc of Ferrari, who was equally pained by the safety car’s slow pace. Leclerc, however, had a front-row seat to how hard its driver, DTM race winner Bernd Mayländer, was driving, so he kept his bellyaching to a minimum.

“To be honest it always feels too slow in the car because with those Formula 1 cars, we have so much grip and it’s very, very difficult, especially on the compound we were all on, which was the hards,” Leclerc said. “I was struggling massively to put some temperature in them, so I also struggled. To be honest, I wanted to complain, but then I checked how much the safety car was sliding in the corner and I don’t think there was anything more that he could give so I didn’t want to put too much pressure.”

The problem will be an intermittent one, as the Aston Martin and Mercedes are scheduled to rotate throughout the season, though no apparent schedule is available. Between their pace discrepancy and 2022’s new emphasis on not deciding championships with safety cars, it would appear crucial for F1 to minimize the influence a slow safety car could have on the championship, either by reducing or rescheduling its use to minimize its effect on the title, especially late in the season. Then again, given how far ahead Ferrari and Leclerc are of the quick, but unreliable Red Bulls, safety cars may not have a say in this year’s title after all.

The Drive contacted F1 for specifics on its plans to rotate the two safety cars, and we will update when we receive comment.