Tesla has been pre-selling its “Full Self-Driving” capability for a couple years, with a brief pause in the middle when it was taking too long to roll out to customers. It’s been back on the order form for a while now, though, and Tesla CEO Elon Musk delivered some news for those waiting for the suite during today’s Battery Day announcements: Expect the Full-Self Driving suite to enter a private beta test in about a month.

“I think we’ll hopefully release a private beta of Autopilot—the full self-driving version of Autopilot—in, I think a month or so?” Musk said, as quoted by CNET Roadshow.

Full-Self Driving is really just an Advanced Driver Assistance System (ADAS)—as in, it still requires your attention as it can’t fully drive itself—but it comes with the most powerful Autopilot system yet.

Tesla discounted its standard Autopilot system by $1,000 in June ahead of Full-Self Driving’s release, so it’s clear that they had some faith that Full-Self Driving would roll out soon. After all, Tesla claimed that Full Self-Driving would be on the subscription menu by the end of 2020 back in April. As it stands, basic Autopilot is really just a pretty polished combination of radar cruise control and lane-keeping assist. 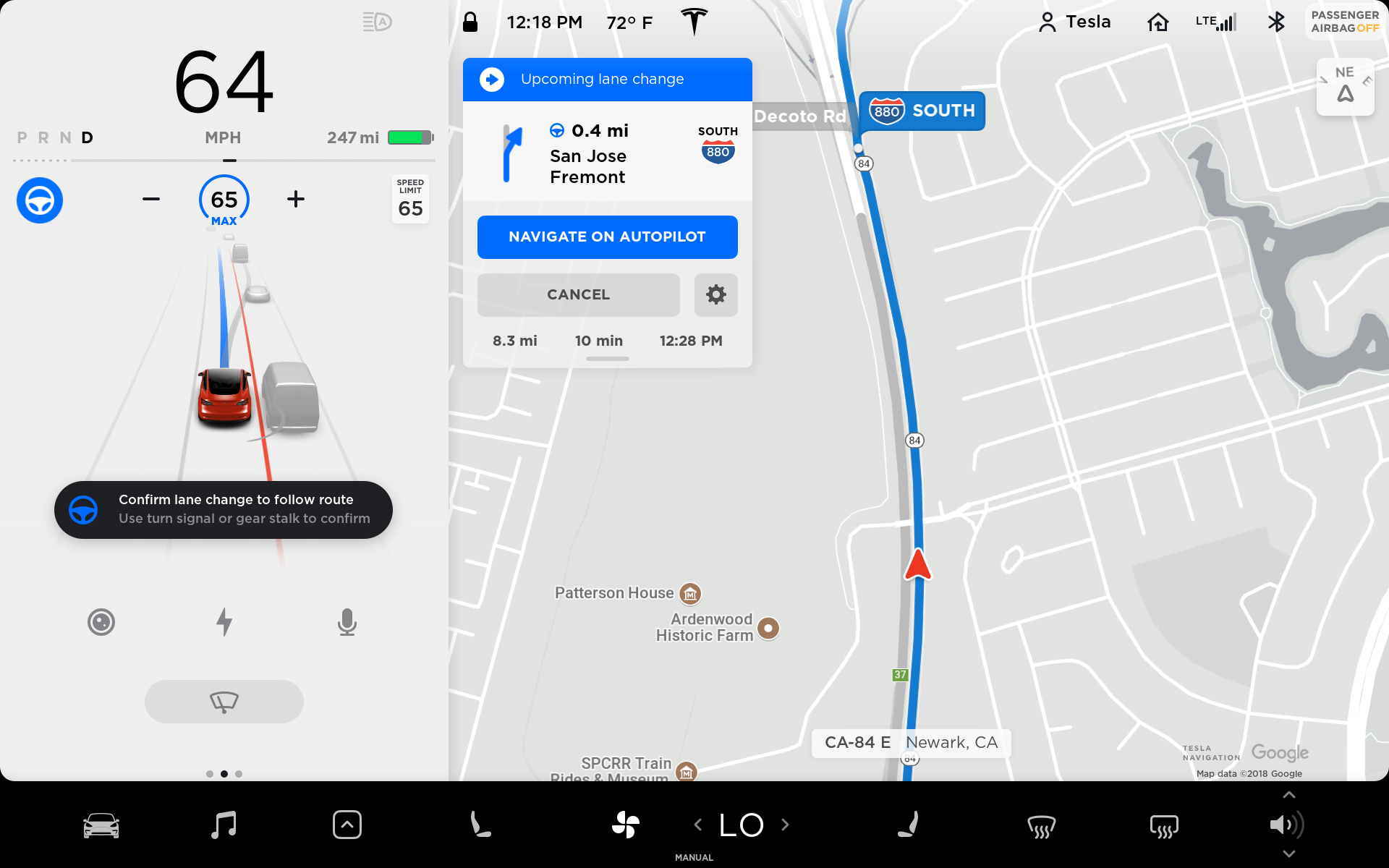 Navigate on Autopilot, one part of the Full Self-Driving suite

Meanwhile, the $8,000 Full-Self Driving package enhances those capabilities to let Autopilot help navigate the car down streets, change lanes, park, recognize stop signs and traffic lights, drive down city streets and even be summoned by its owner in parking lots. Most of all, though, Musk says that Full-Self Drving includes a full rework of how Autopilot works, as Musk explained today, as quoted by CNET Roadshow:

“We had to do a fundamental rewrite of the entire Autopilot software stack… We’re now labeling 3D video, which is hugely different from when we were previously labeling single 2D images. We’re now labeling entire video segments, taking all cameras simultaneously and labeling that. The sophistication of the neural net of the car and the overall logic of the car is improved dramatically.”

Again, you’ll still have to double-check its work behind the wheel and take over if it messes up—which it does, as Consumer Reports found out when they tested various Full Self-Driving systems this month—but it’s a pretty neat suite of tech.

We’ll see in about a month if the package really passed regulatory
muster well enough to go ahead with a private beta test, but it’s at least an update to those of you who preordered this enhanced ADAS package. It wouldn’t be the first time Full Self-Driving’s been late if it doesn’t. Either way, good luck, beta guinea pigs, and please pay attention to the car.

Related posts:
Car Reviews
Toyota GR Supra tuned by SARD – 500 PS, 686 Nm! – paultan.org
What Is a Smog Check?
Volkswagen Tiguan R revealed – SUV with 320 PS, 4.9s – paultan.org
1975 Honda Civic CVCC and 1979 CVCC Wagon Classic Review
Recent Posts
This website uses cookies to improve your user experience and to provide you with advertisements that are relevant to your interests. By continuing to browse the site you are agreeing to our use of cookies.Ok